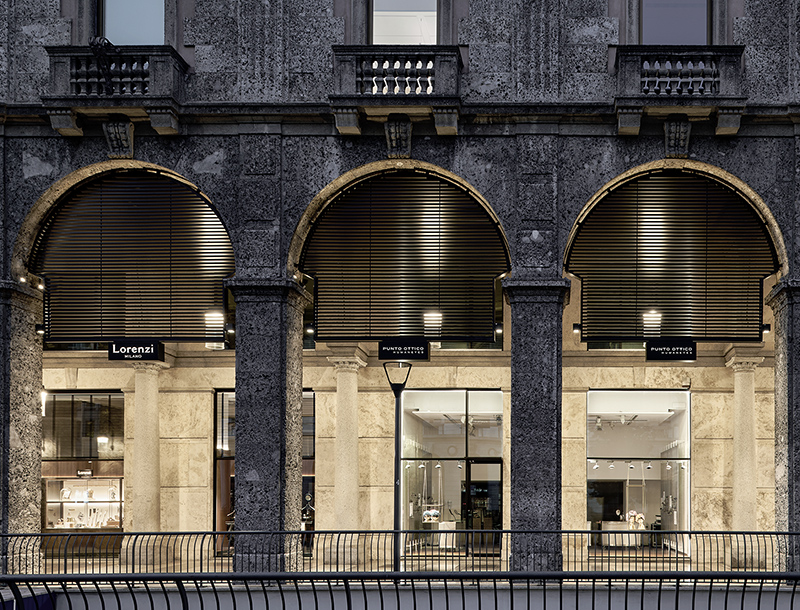 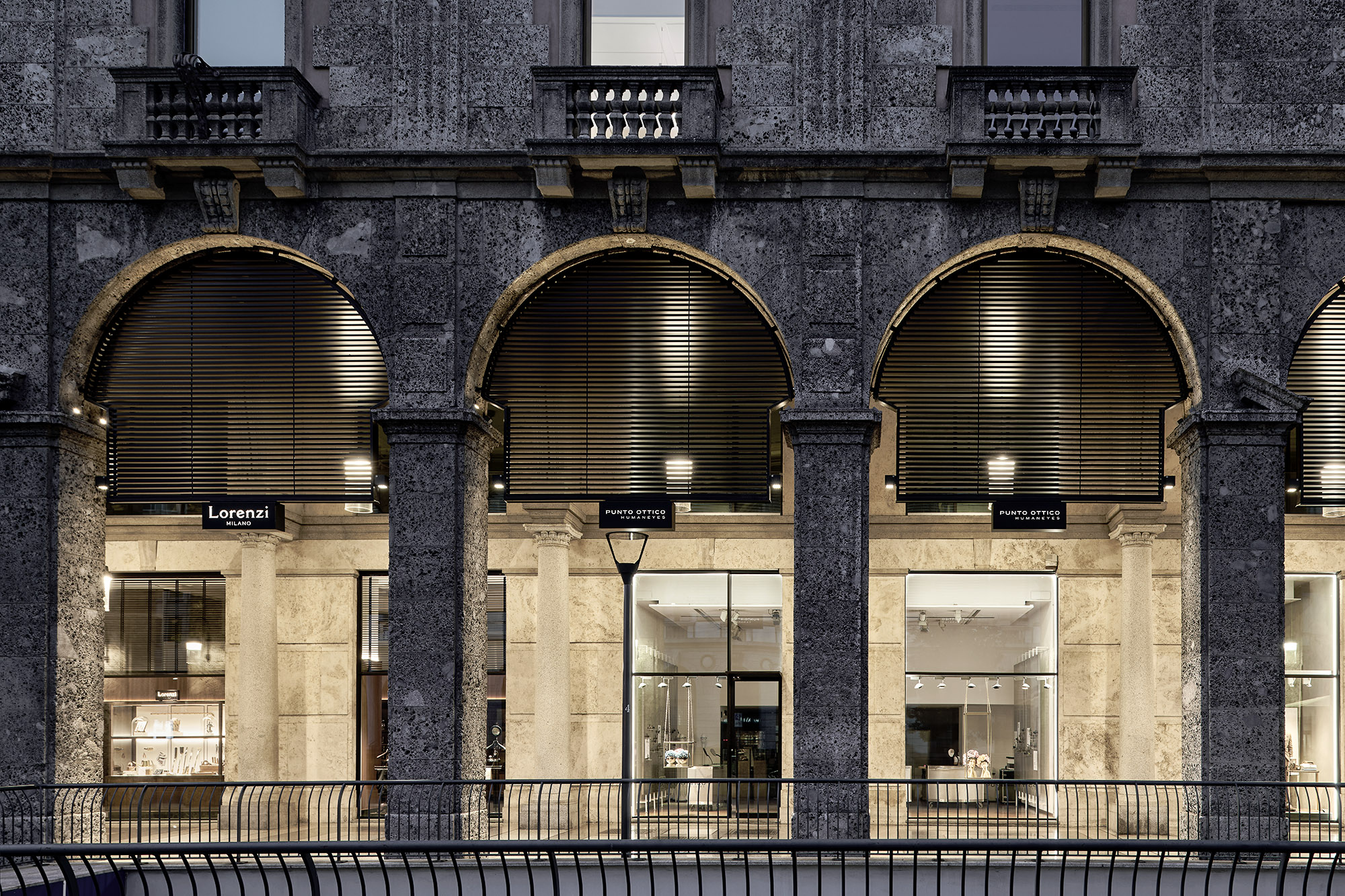 Galleria Bolchini was presented in the centre Milan with a whole new architectural and lighting design turning to its original splendour with a contemporary touch. Palazzo Bolchini is risen at the Meda Square adorning the public space with the portico as designed by Pier Giulio Magistretti in the 1920s. The Parisotto & Formenton directs the requalification of the portico and entrusted Metis Lighting with the development of the new lighting scheme, after their successful collaboration in the Galleria Protti.

The architectural project involved both the conservative approach towards the historical elements to be restored and preserved like the wall, floor and intrados finishings and another more rejuvenating intention. For the latter, the strategy included redesigning the shops show windows framing and the signage, as well as the insertion of sun protection grids, as a substitute to the original curtains.

The goal was to permit a larger sun penetration inside the portico and together with the new artificial lighting project, a new image both at daytime and night-time.

A first step for the new Galleria Bolchini night-time aspect was re-designing the hanging lanterns under the intrados. The new lanterns provide both upwards and downwards lighting bringing back to its grandeur the adorned ceiling and a brighter atmosphere in the overall passage.

Another part of the Galleria Bolchini lighting intervention consisted in the illumination of the architecture, in order to deliver lightness in the overall base of the building. Lighting fixtures were mounted on the pillars and on the arches revealing skilfully the structure.

All the show windows of the Galleria Bolchini were also highlighted with the integration of slim linear lighting fixtures along the frame. New illuminated signage was also added under every arch for better way-finding and a more legible external appearance.

Working in a public space is always an interesting challenge, let alone operating in the center of Milan, Metis Lighting own birthplace, being able to bring out the value of the building heritage. 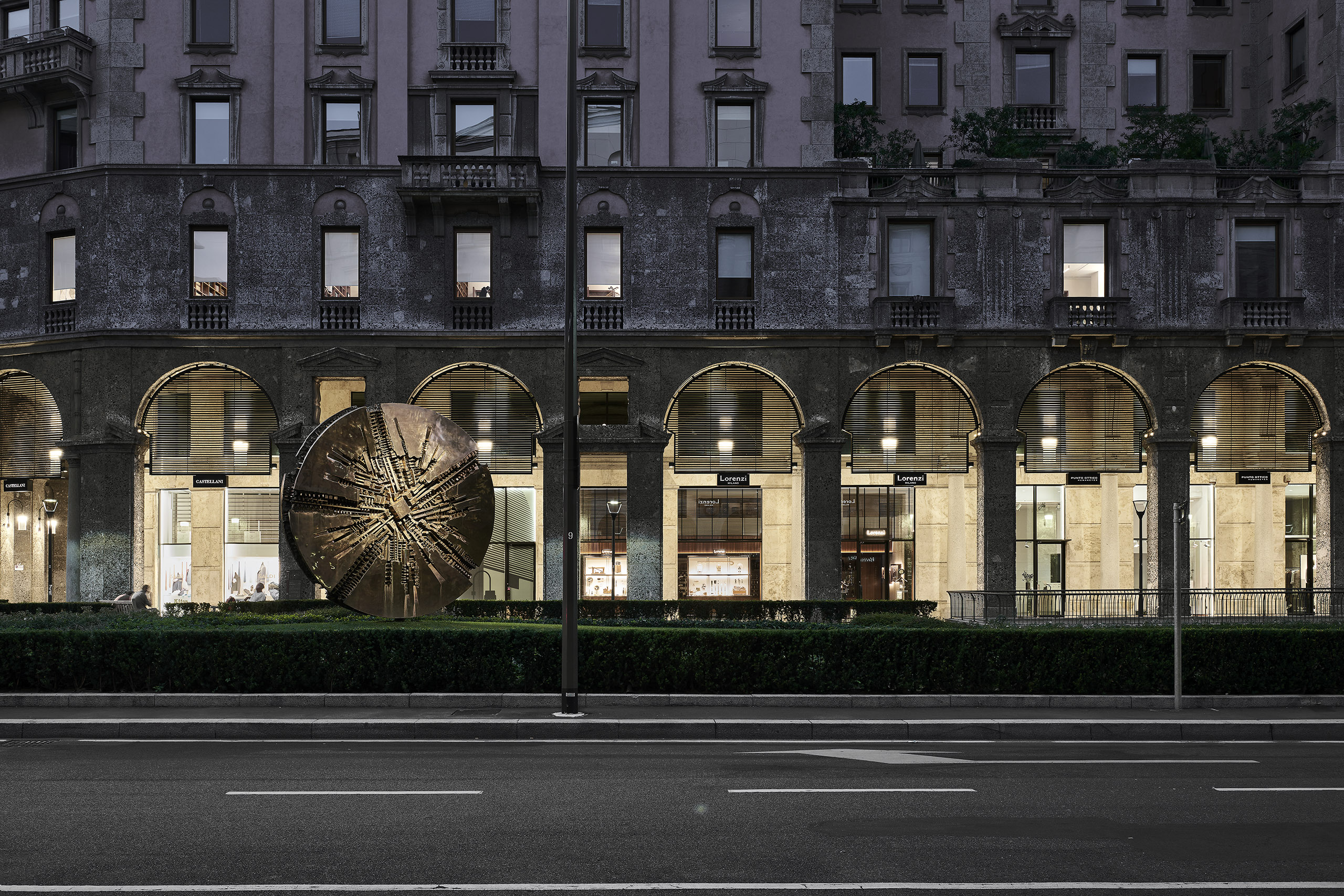 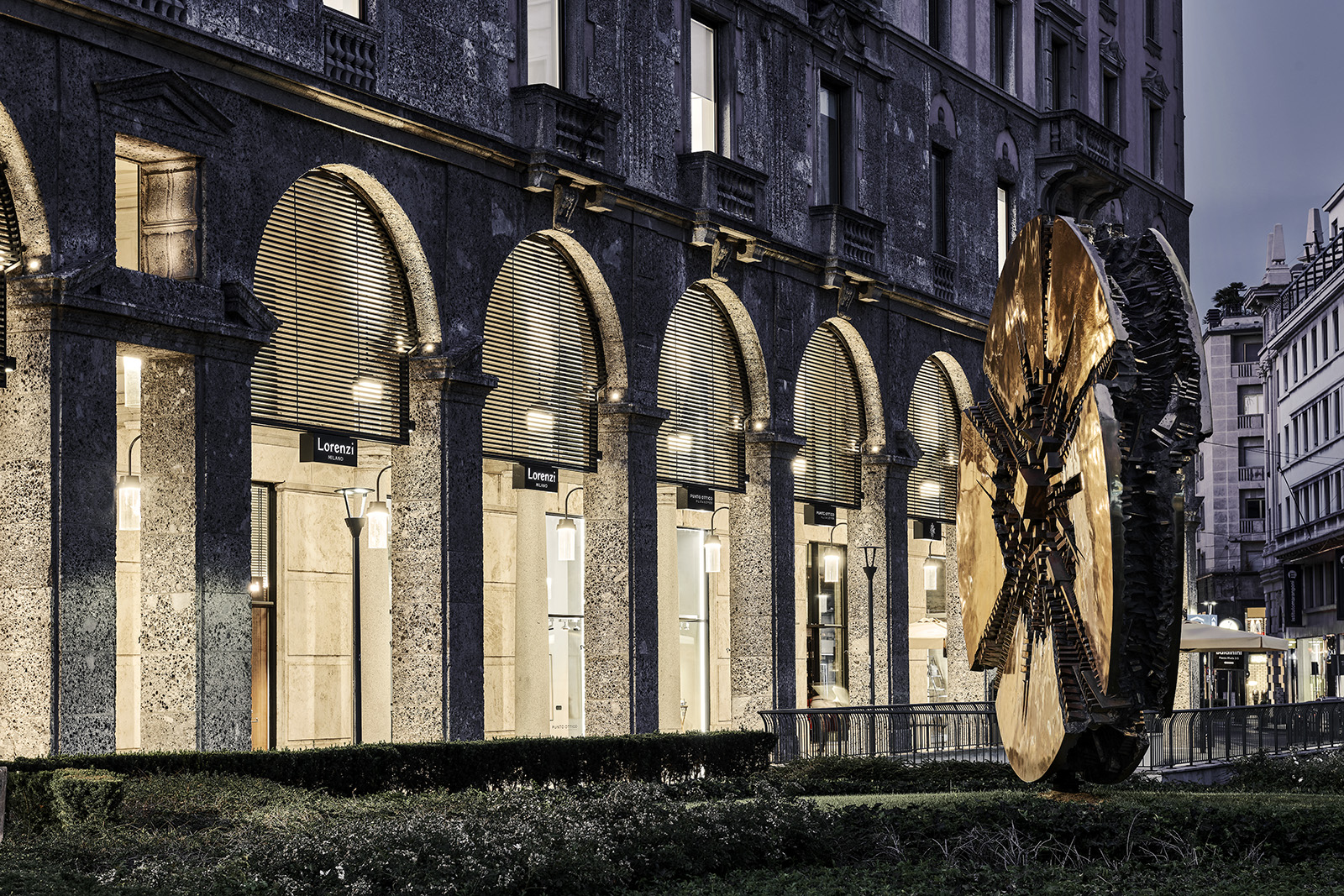 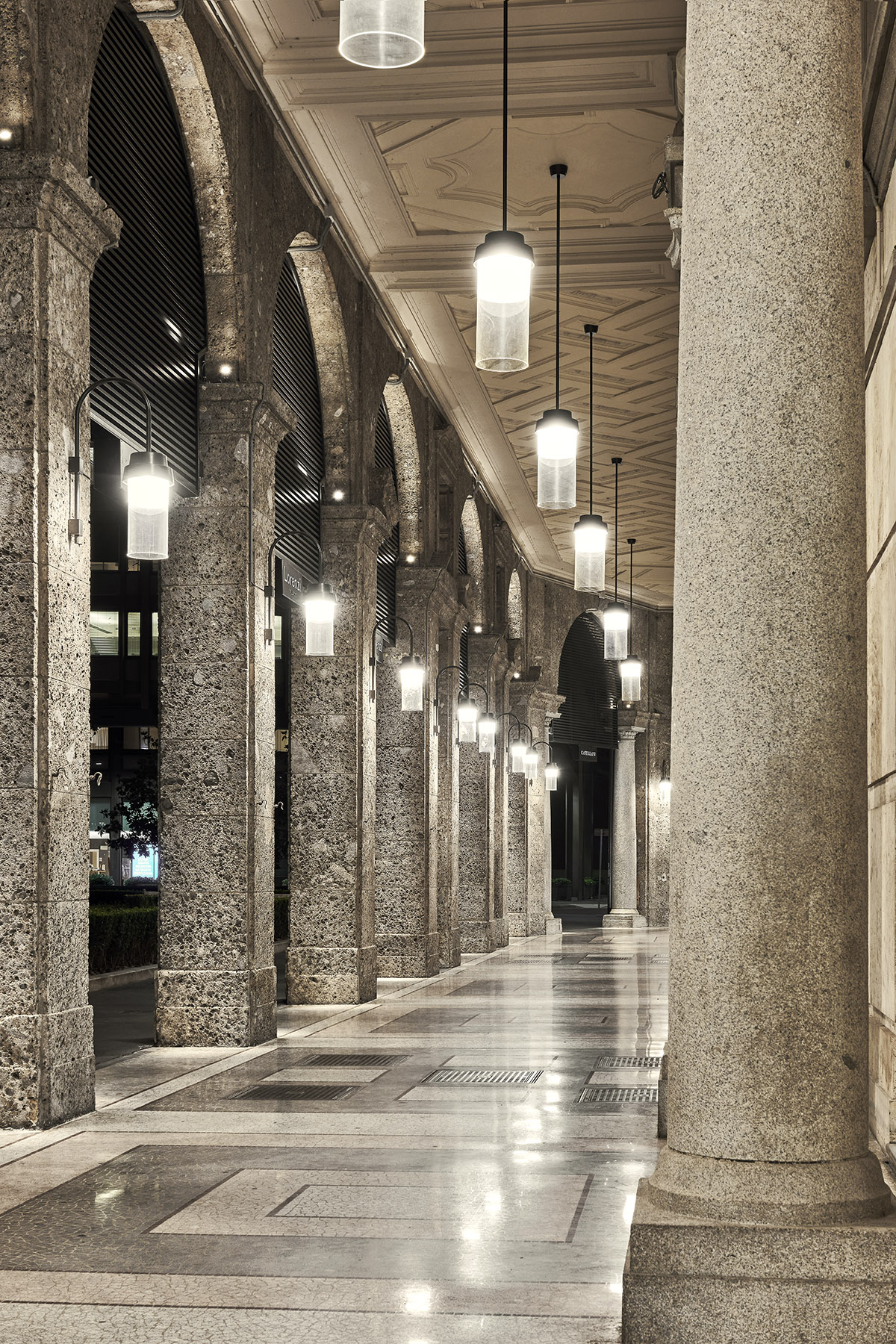 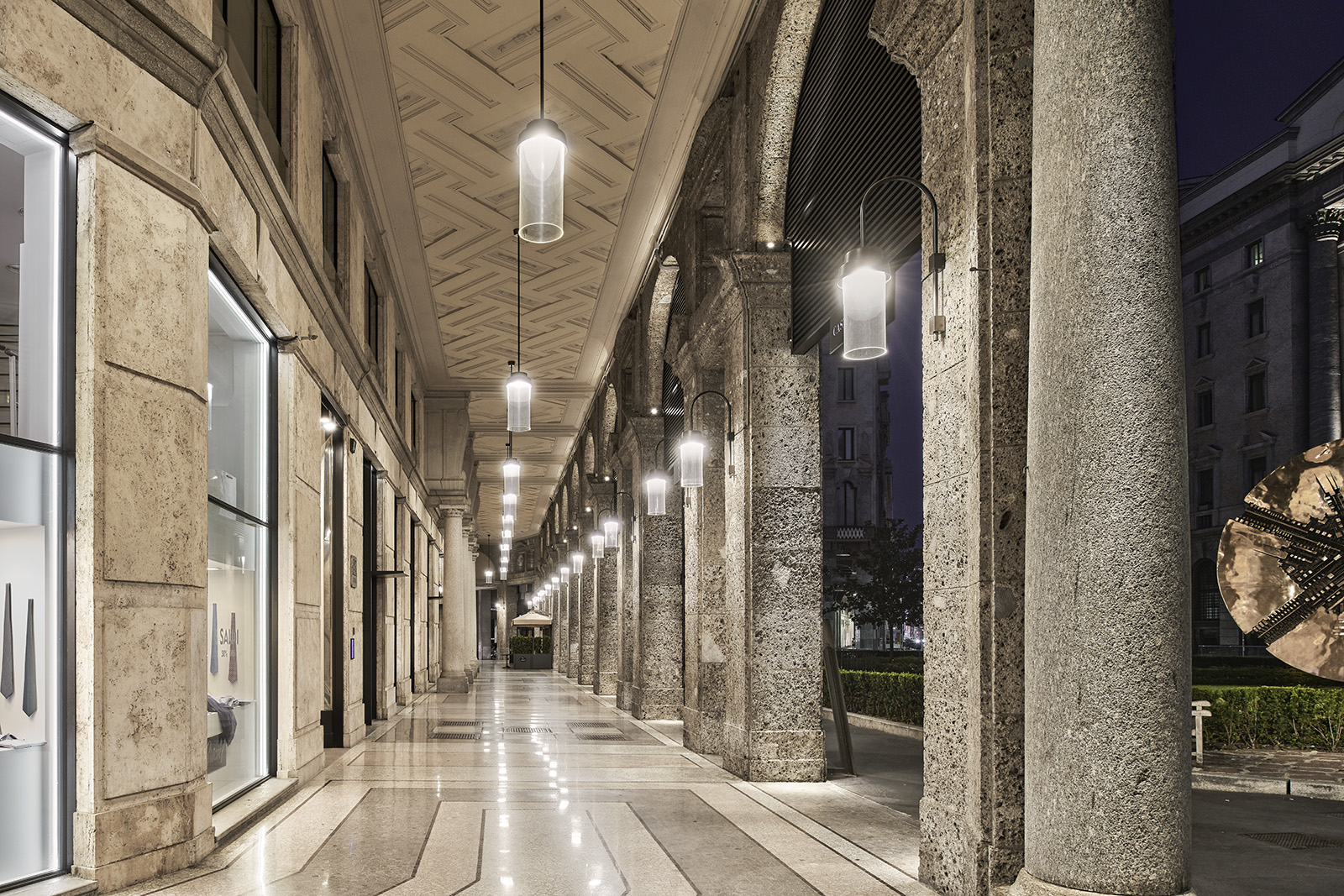 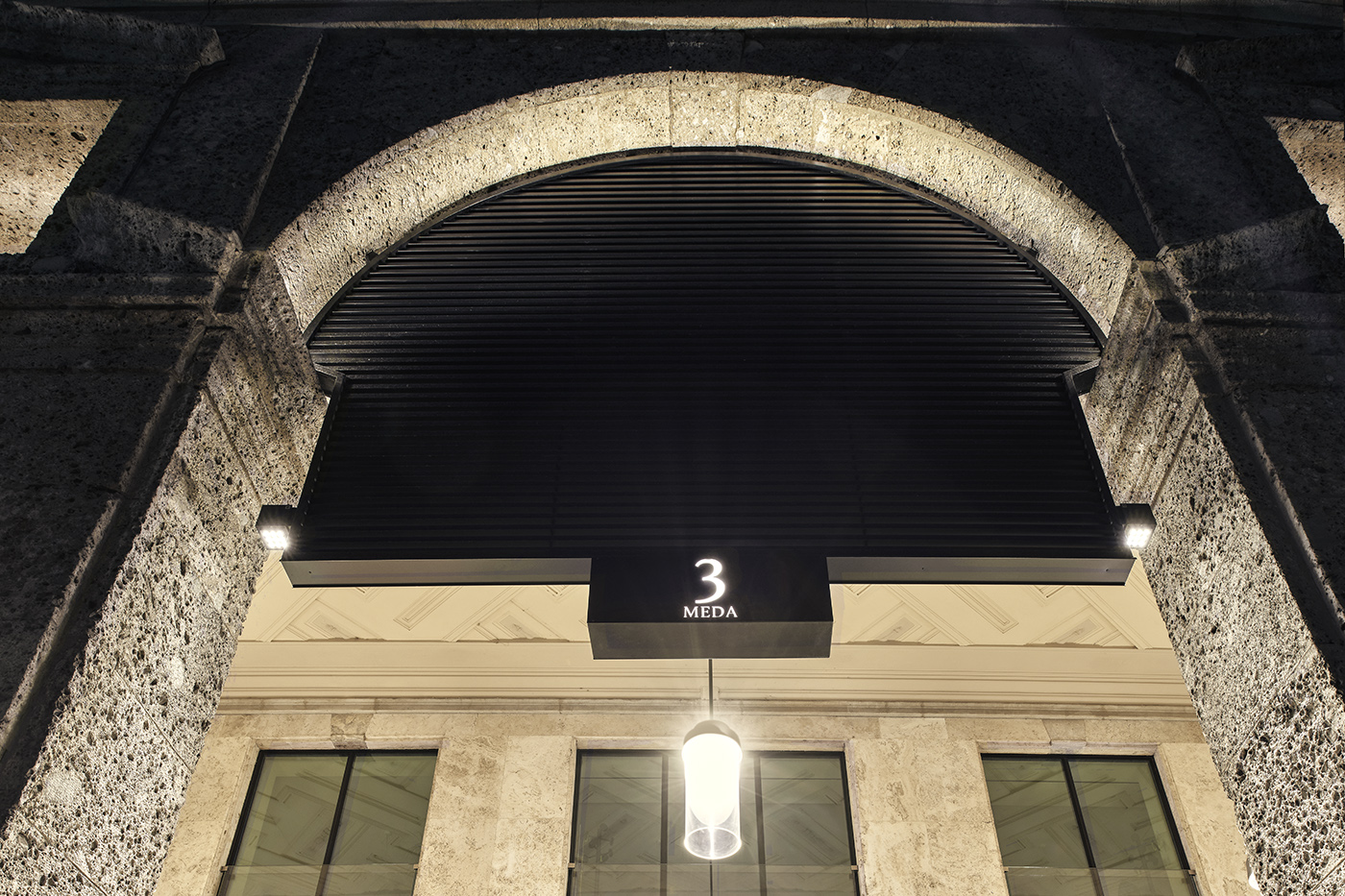 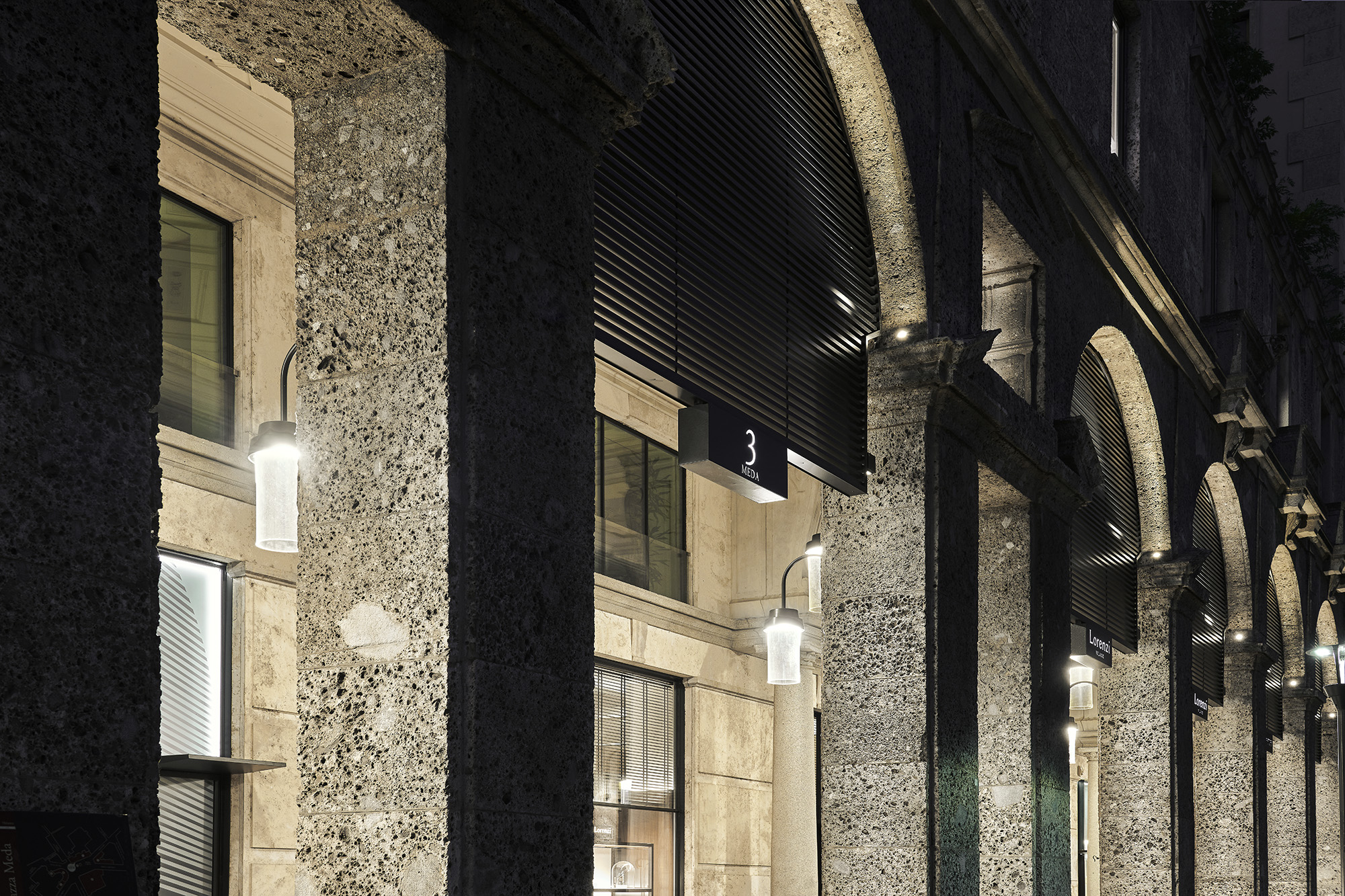 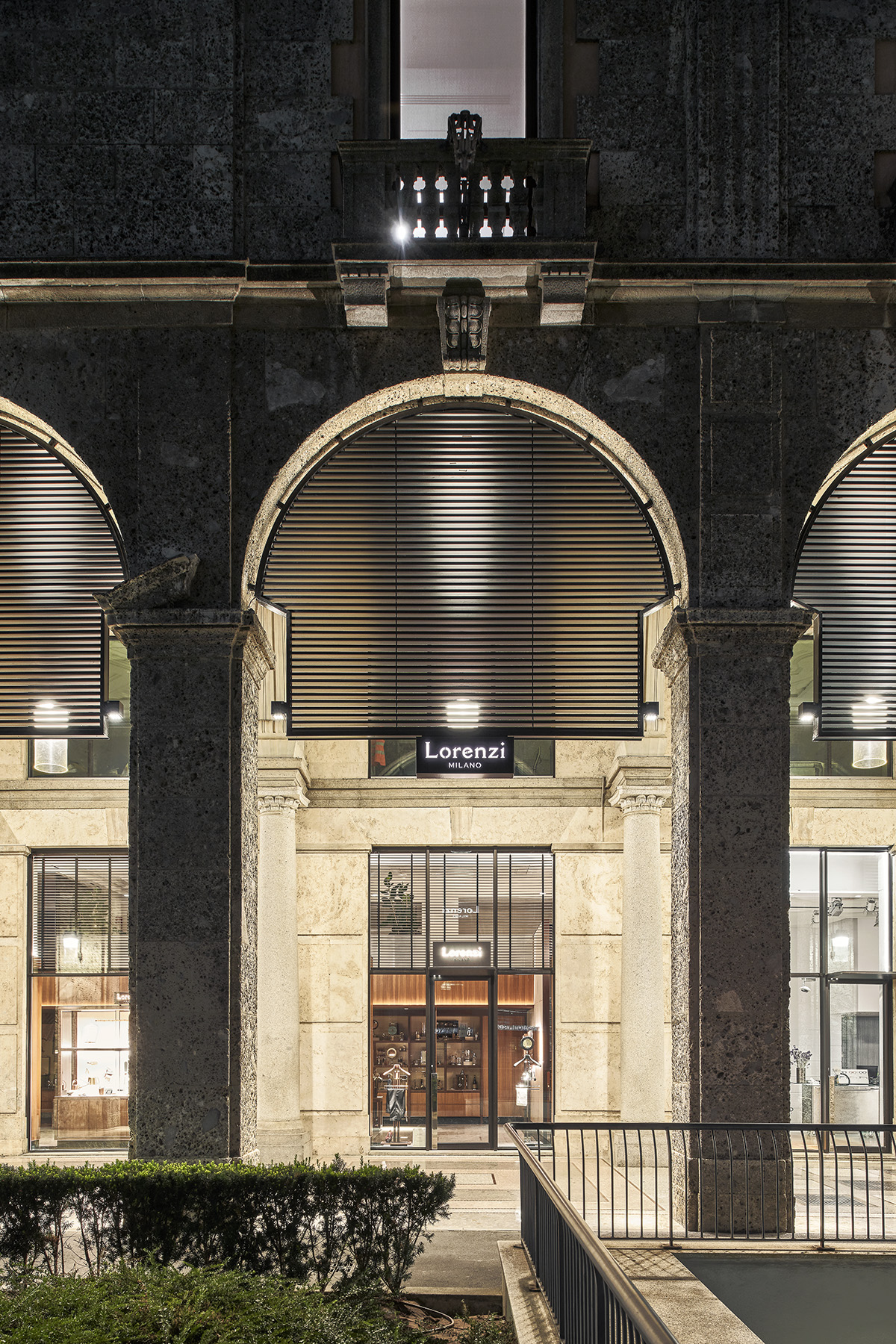 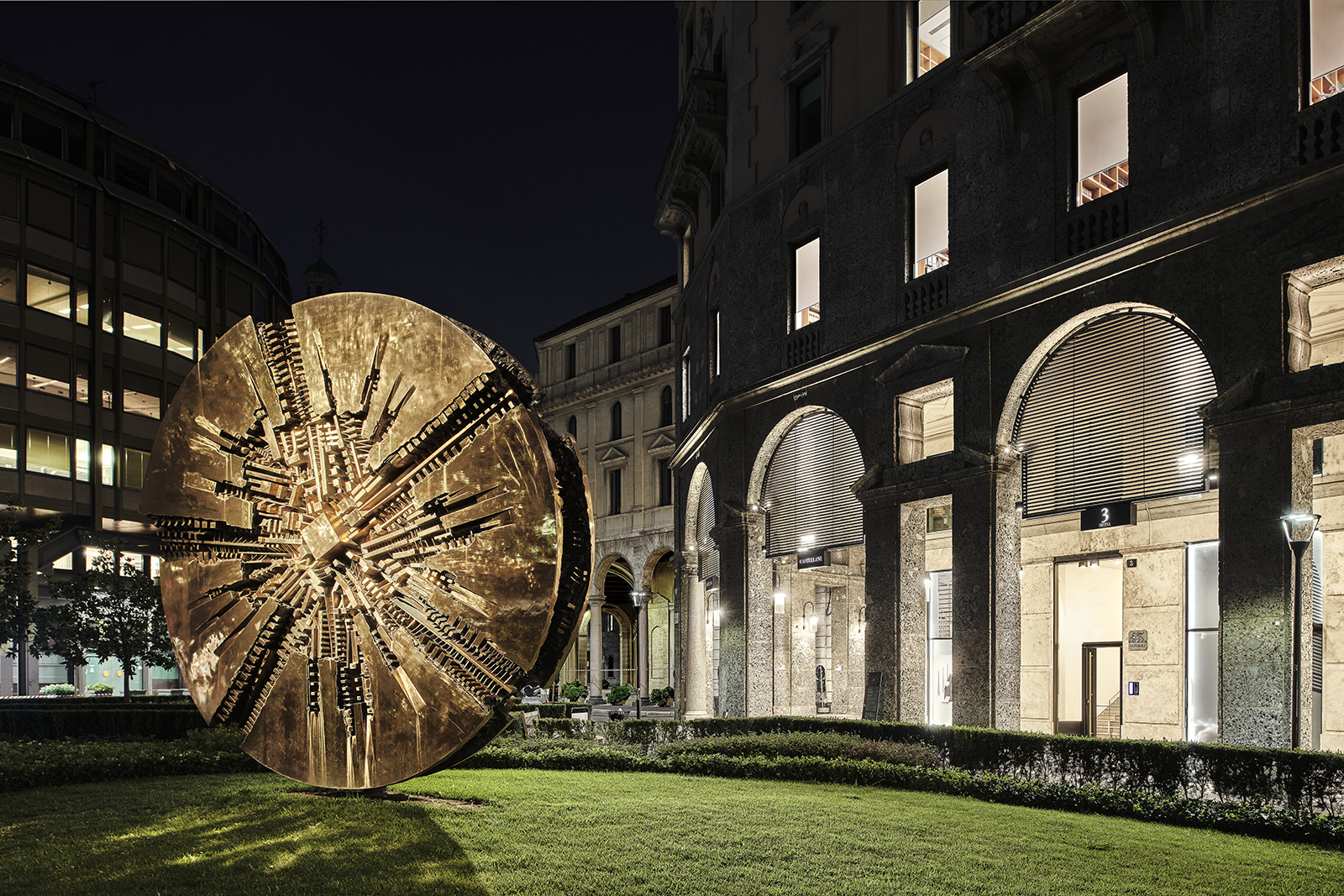 Metis Lighting developed the lighting scheme for the refurbishment project of the Palazzo Bolchini Portico illuminating the architecture, intrados and pillars as well as a custom designed suspension pending inside the portico pathway

Metis Lighting developed the lighting scheme for numerous Nespresso Boutiques worldwide including the Toronto Flagship store, where large suspended rings and indirect lighting cove illuminated the atrium, and downlights were mounted in the Sales area
VIEW MORE Loading More...
Close
Our Newsletter is here to inspire you. Subscribe