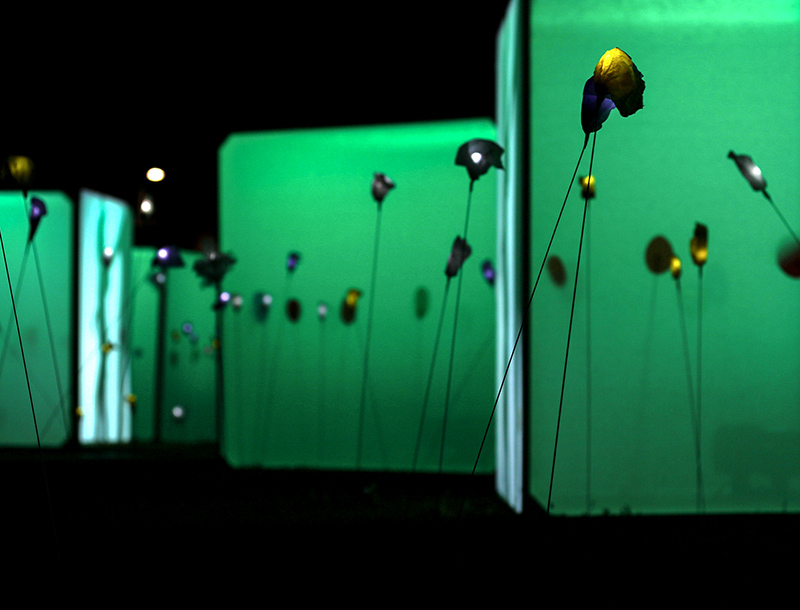 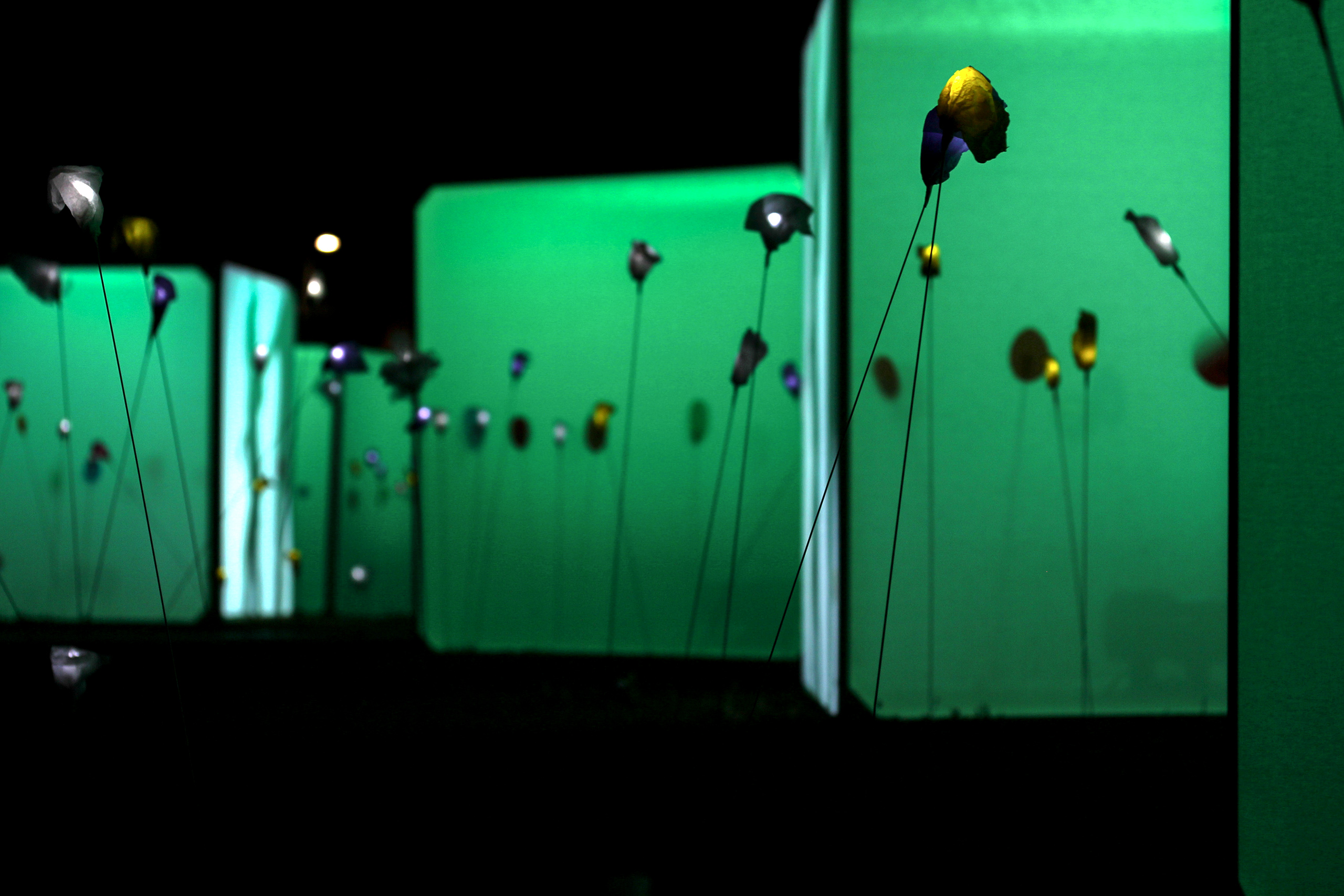 Metis Lighting’s headquarters is located at the Northeast Milan area, at a suburban context, in Via Padova. This district had been often been on the newspapers and media for ‘’urban guerilla’’ and criminality events.

At the same time, the district is also a social case study, being a unique field of cohesion and collaboration between a large variety of communities from different countries of origin and religions. The local movements wanted the district to become more extrovert versus Milan for avoiding the danger of marginalisation but also to ignite a sense of belonging, dignity and pride to the inhabitants.

This is the story of the local festival ‘’Via Padova è il meglio di Milano’’ – Via Padova is the best of Milan.

For this Festival and its 2012 edition, Metis Lighting presents its second installation called ’’Il Giardino che non c’ è’’ – The garden that doesn’t exist. The concept was developed in very close collaboration with the local community. The idea was to establish a new garden right on an unused area, a place for the children to play and the neighbors to meet.

Turning this area into a garden just for one day was possible through light that first became a flower. This task required extensive work not only from the Metis staff, but also from various members of the local community and elementary school students, that created together 800 DIY flowers with a battery powered LED lamp in them.

Luminous colourful cubes became three dimensional screens with videos of shadows playing, dancing, and interacting and so bringing inside the installation the movement component and inviting the people to dance and play themselves.

These colourful glowing elements scattered over this large green area gave life to this space that stays there without any interaction with the users, bearing various notions, visions and dreams: what something ordinary can become even just for one day.

At the end of the festival, the visitors were allowed to take away one flower, slowly dismantling the installation and bringing back home the memory of the power of the light. 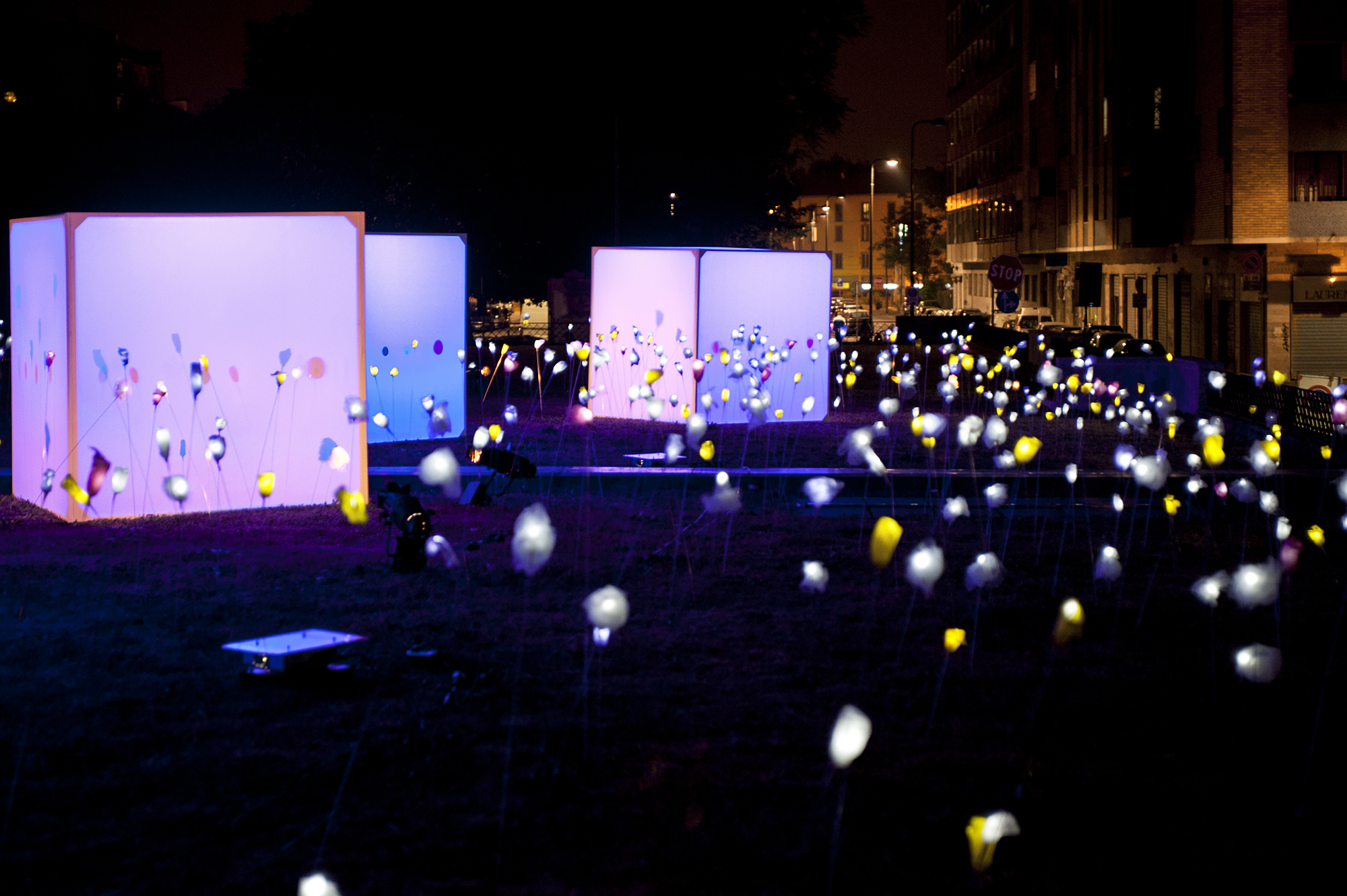 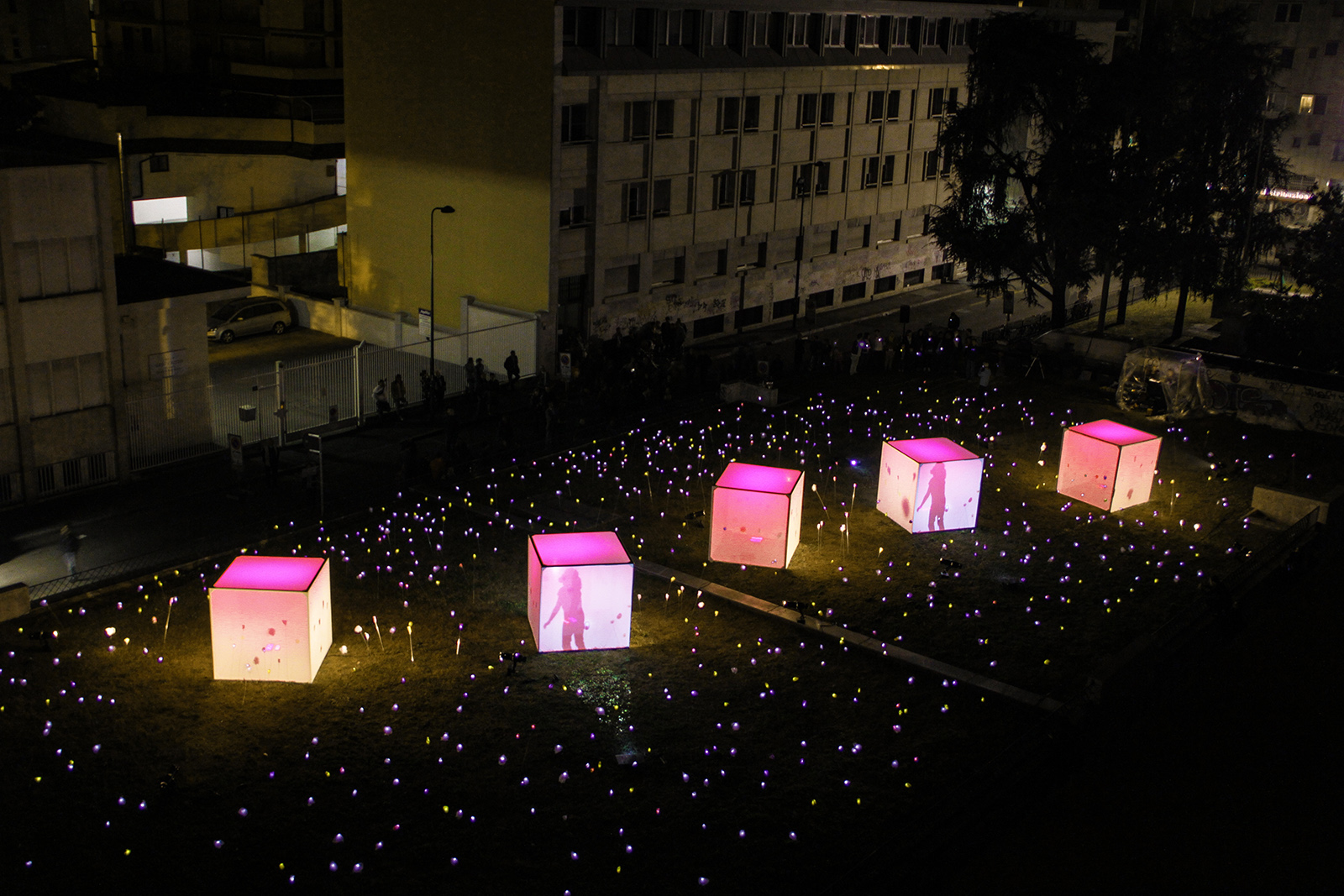 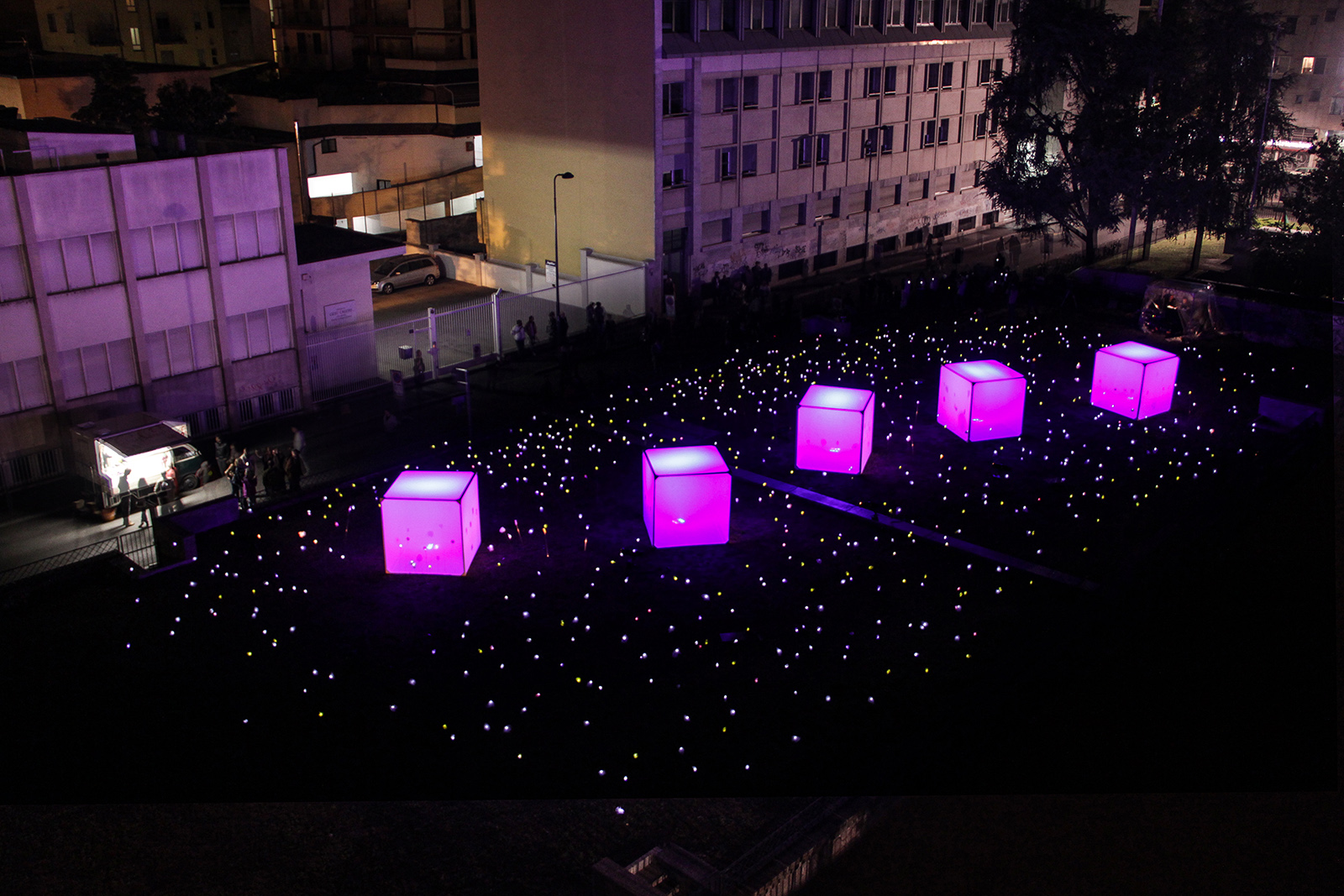 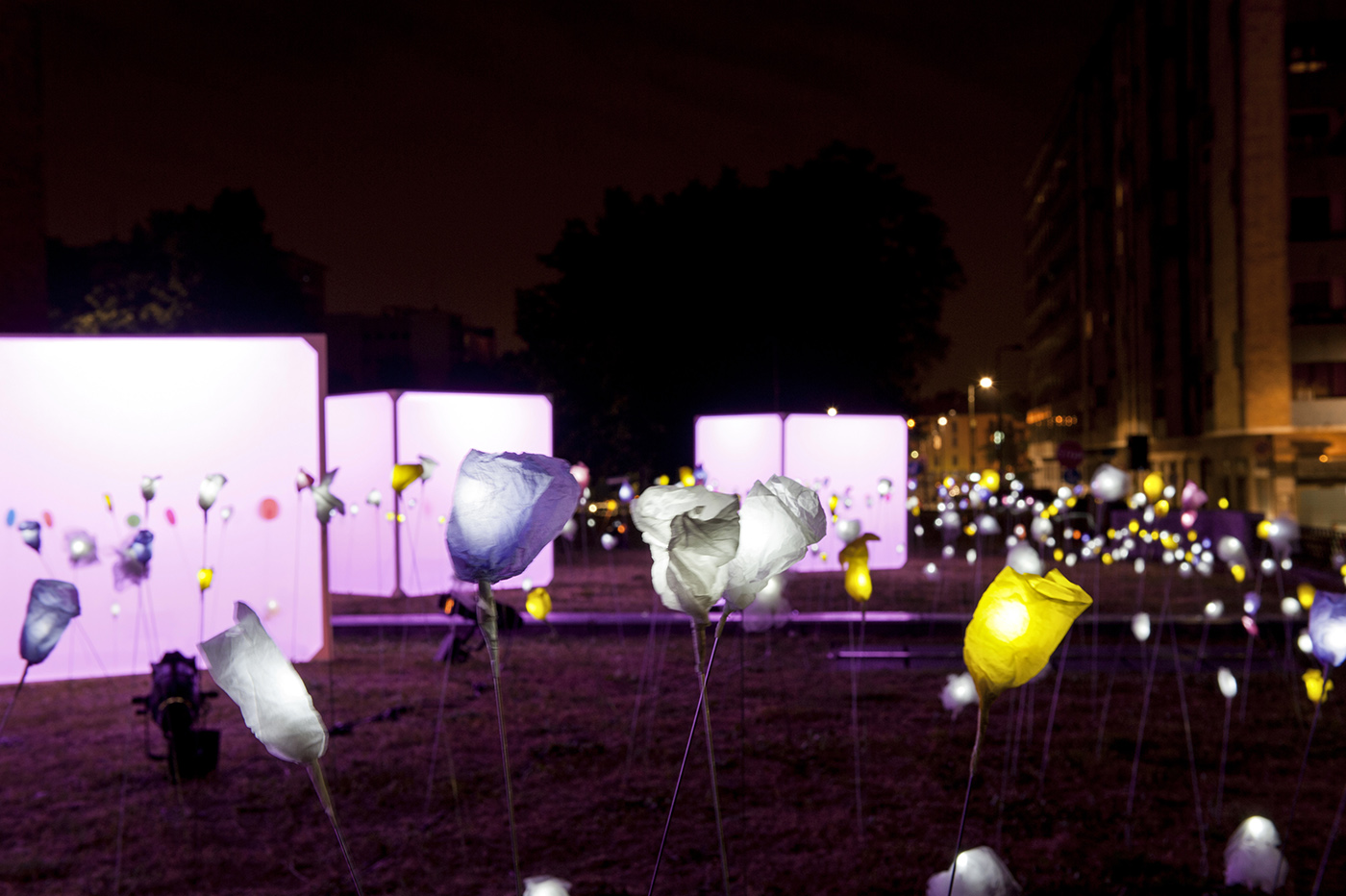 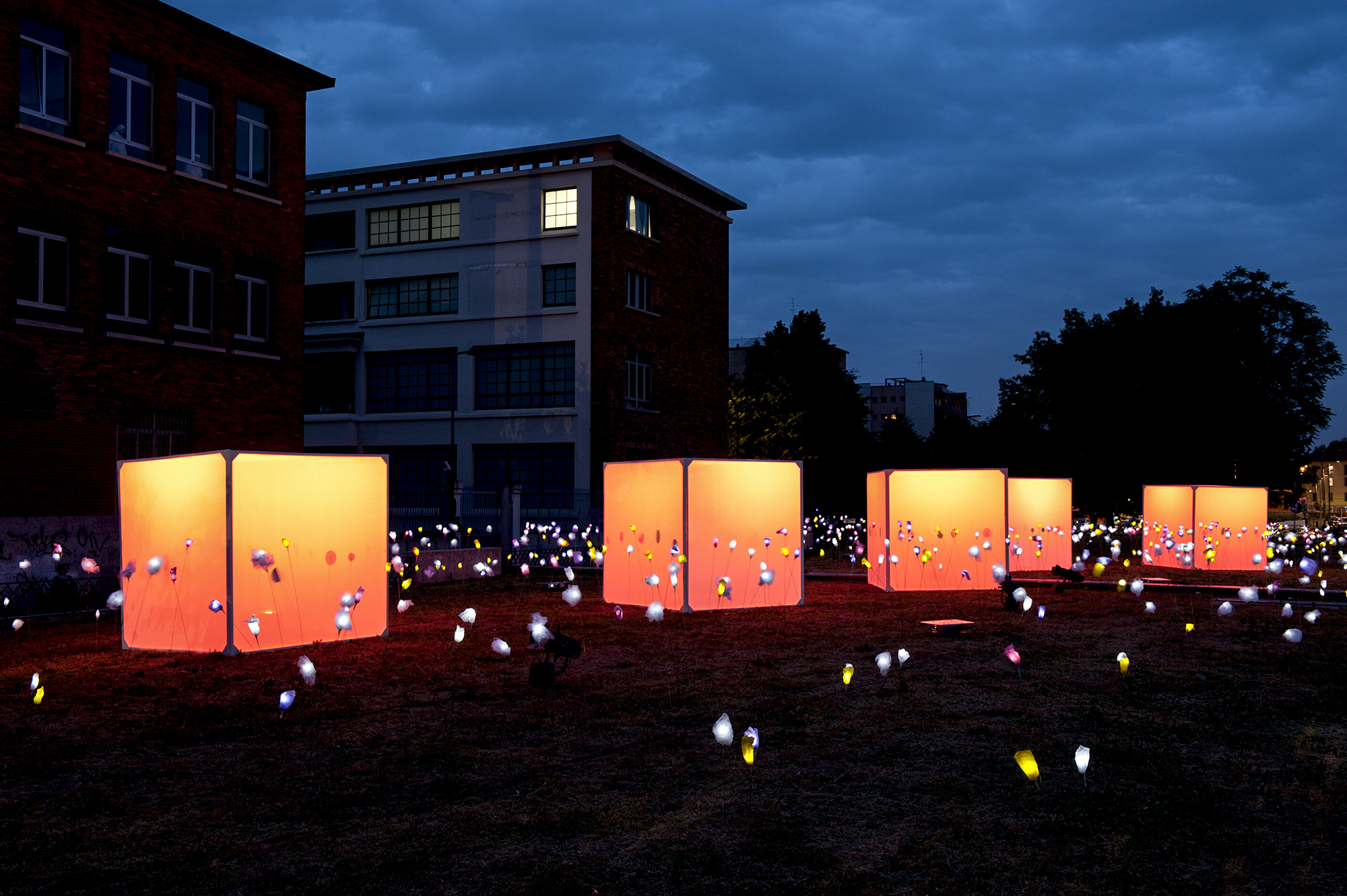 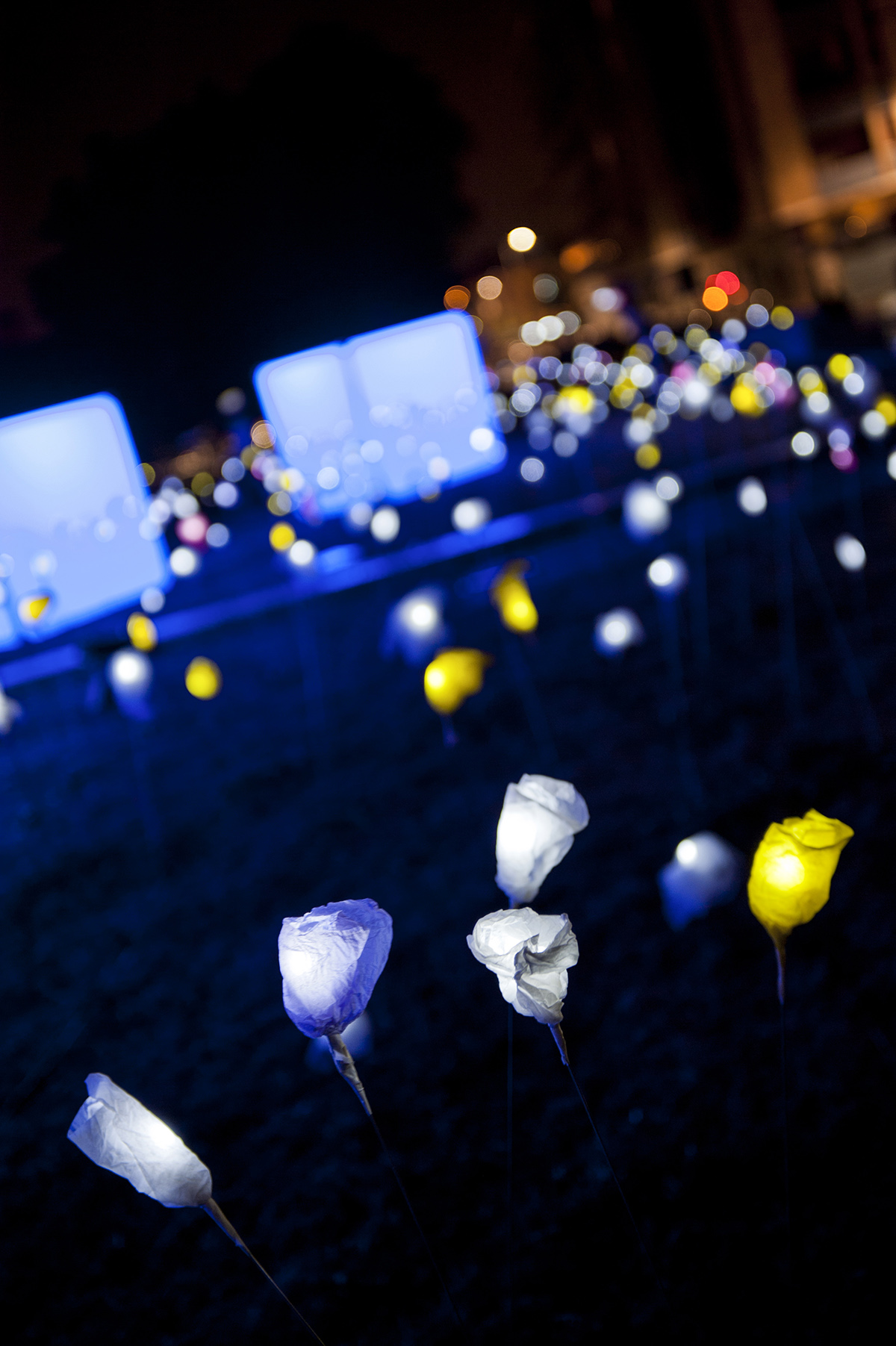 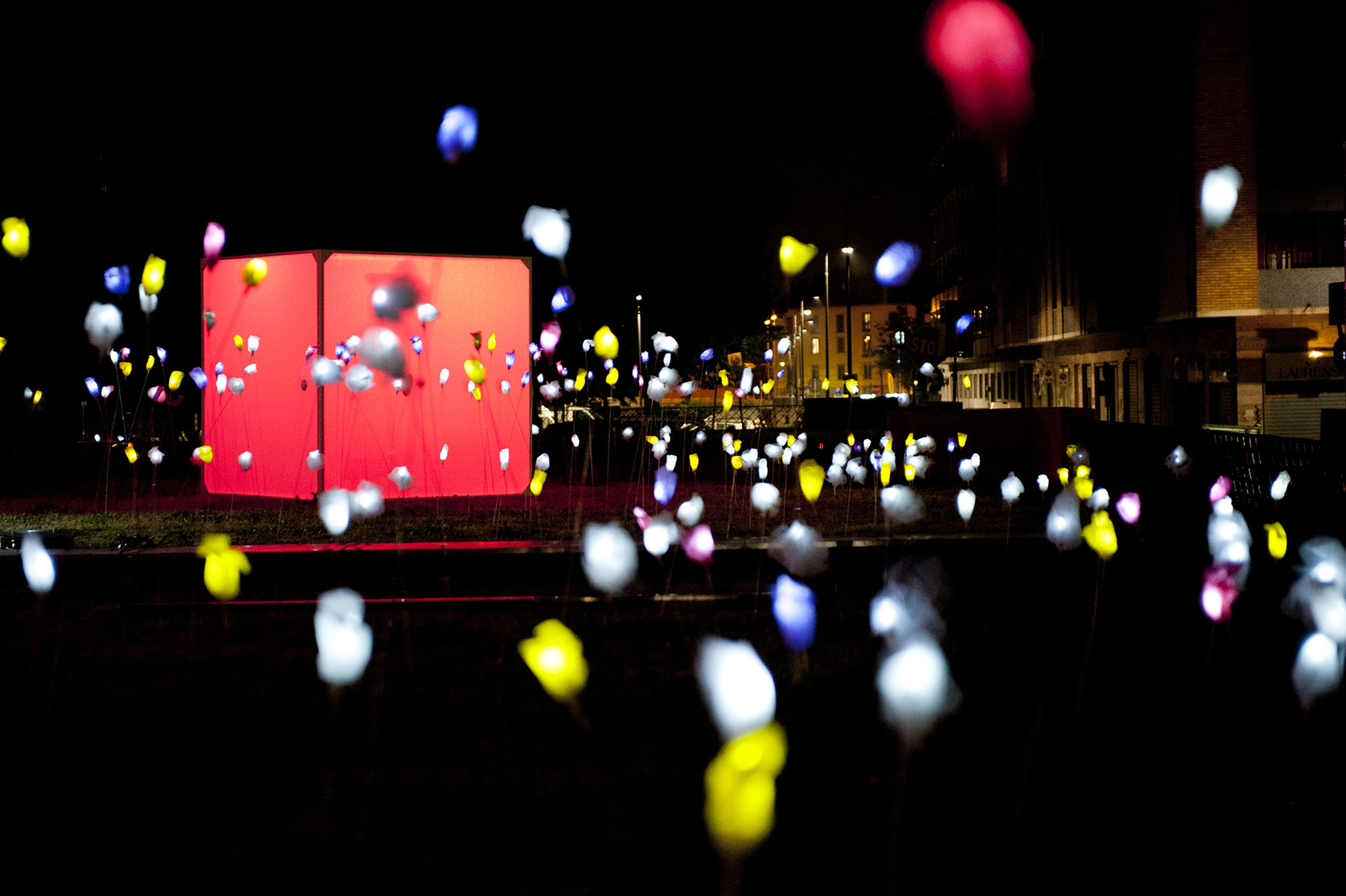