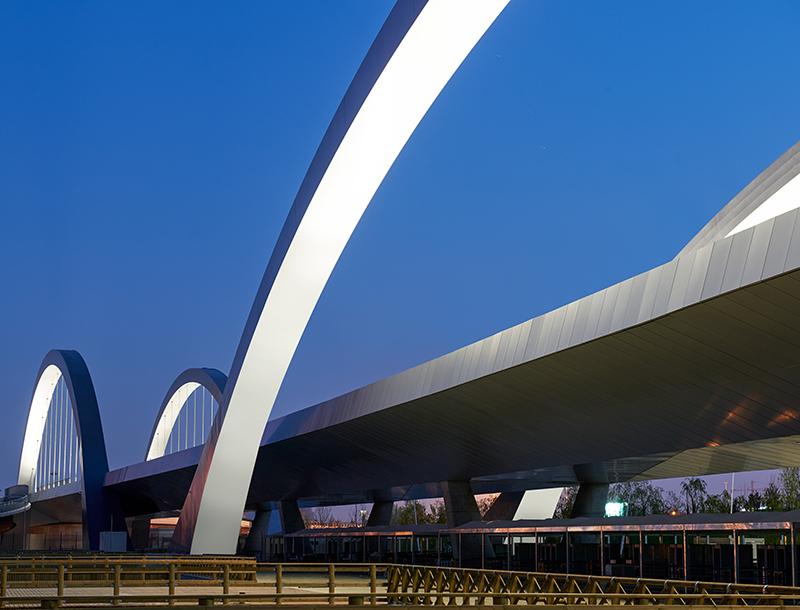 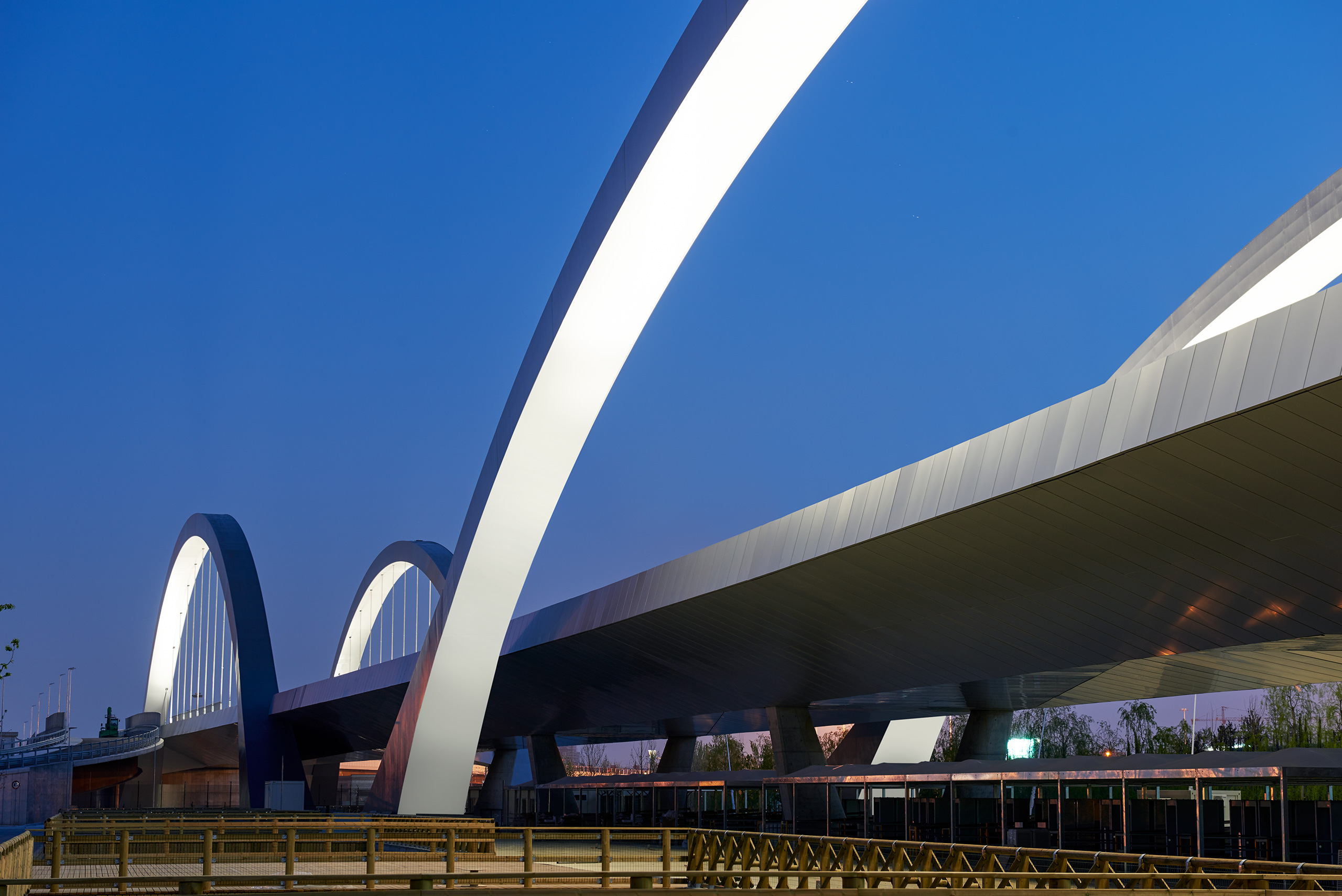 The lighting project of the EXPO Bridge in Rho designed by Antonio Citterio Patricia Viel architects has been a great challenge due to its unique scale.

The three bridges complex is located in the northern outskirts of Milan and apart from an important infrastructure for the city it represents an iconic view being almost the threshold to the site that would accommodate the globally known event of EXPO 2015.

Therefore, the lighting project and the resulting nightscape was a crucial image for Milan’s effort being the protagonist around the world.

The idea for illuminating such a sculptural bridge was based on underlining the original architect’s intention: revealing at night time the clean and slender geometry of the bridge giving out a seemingly eery, light and effortless image.

For achieving such an effect, the strategy was to use homogeneous and continuous light only on the intrados of the arches, accentuating the continuity between the single parts.

Simple as it may seem, this lighting project was highly complex for two reasons: given the significant dimensions, every bridge arch was divided in various segments and each segment had dedicated light fittings with the adequate light output and beam angle, in order for the light effect to be homogeneous all along the arch.

On the other hand, in order to conceal the bridge lighting fixtures, they were integrated in the base basin and inside the handrail of each bridge.

This also resulted in a daytime view was an architectural infrastructure without visible lighting fittings that at night would become a luminous ribbon.

The selection of the light sources was driven by the intention to reduce the maintenance requirements.

Opting for the LED technology was the choice. Then, various mockups were made and a lot of samples had been tested in order to identify the correct balance between the effects along the arch ensuring also the quality of light.

Illuminating such a big scale architectural feature, the EXPO 2015 Bridge, had been demanding but also extremely rewarding since even after the EXPO event, this magic night image being the threshold of Milan at a territorial scale. 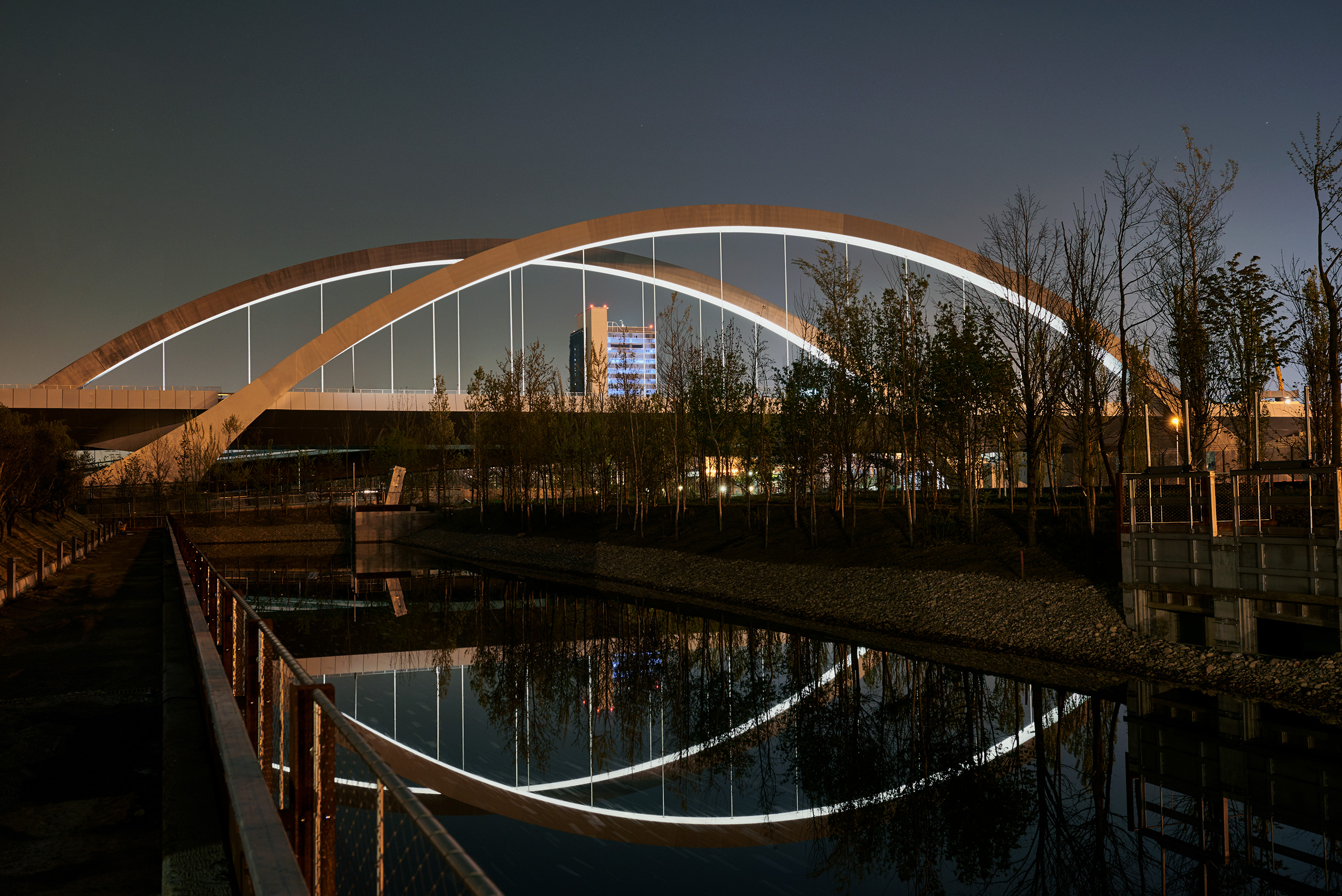 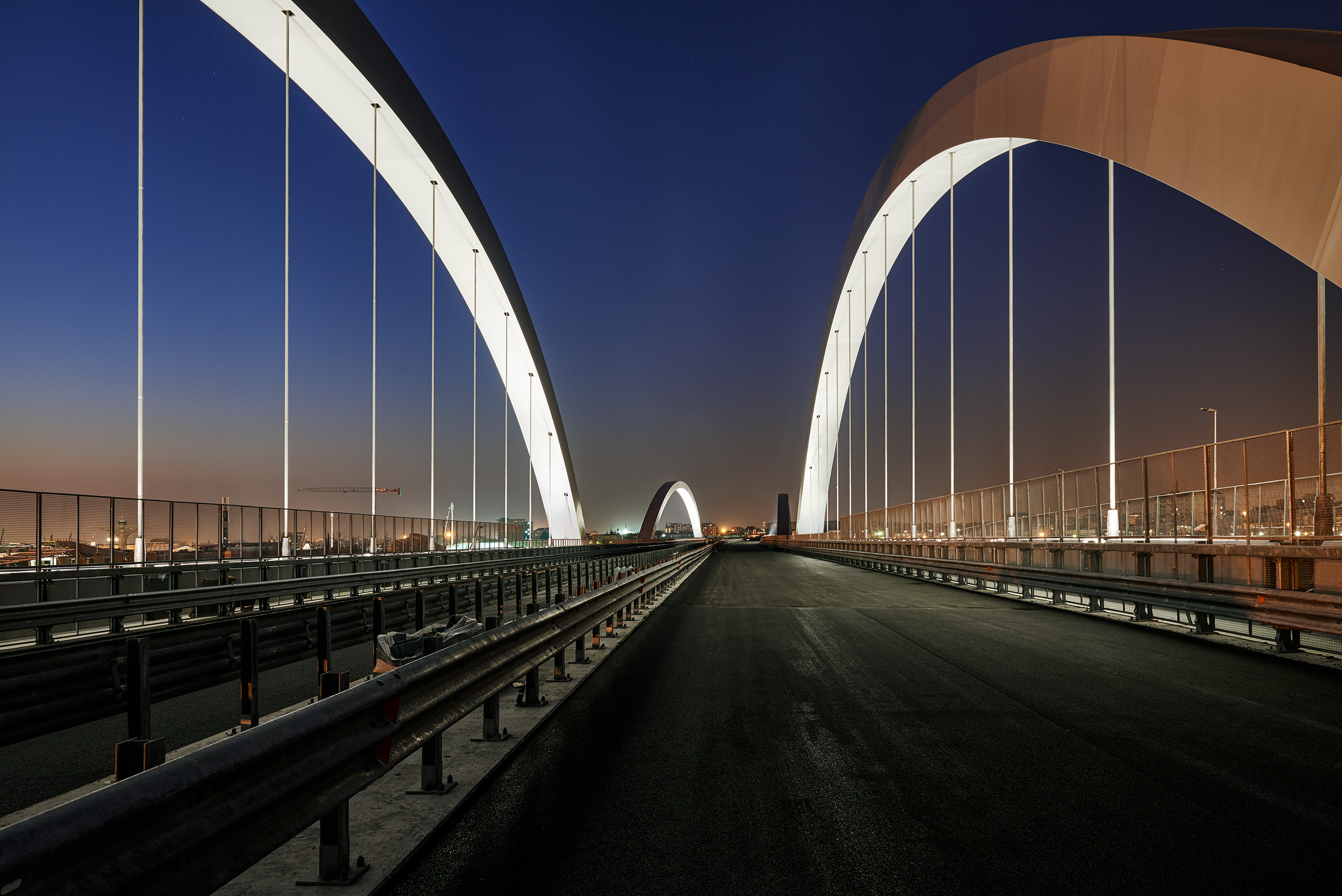 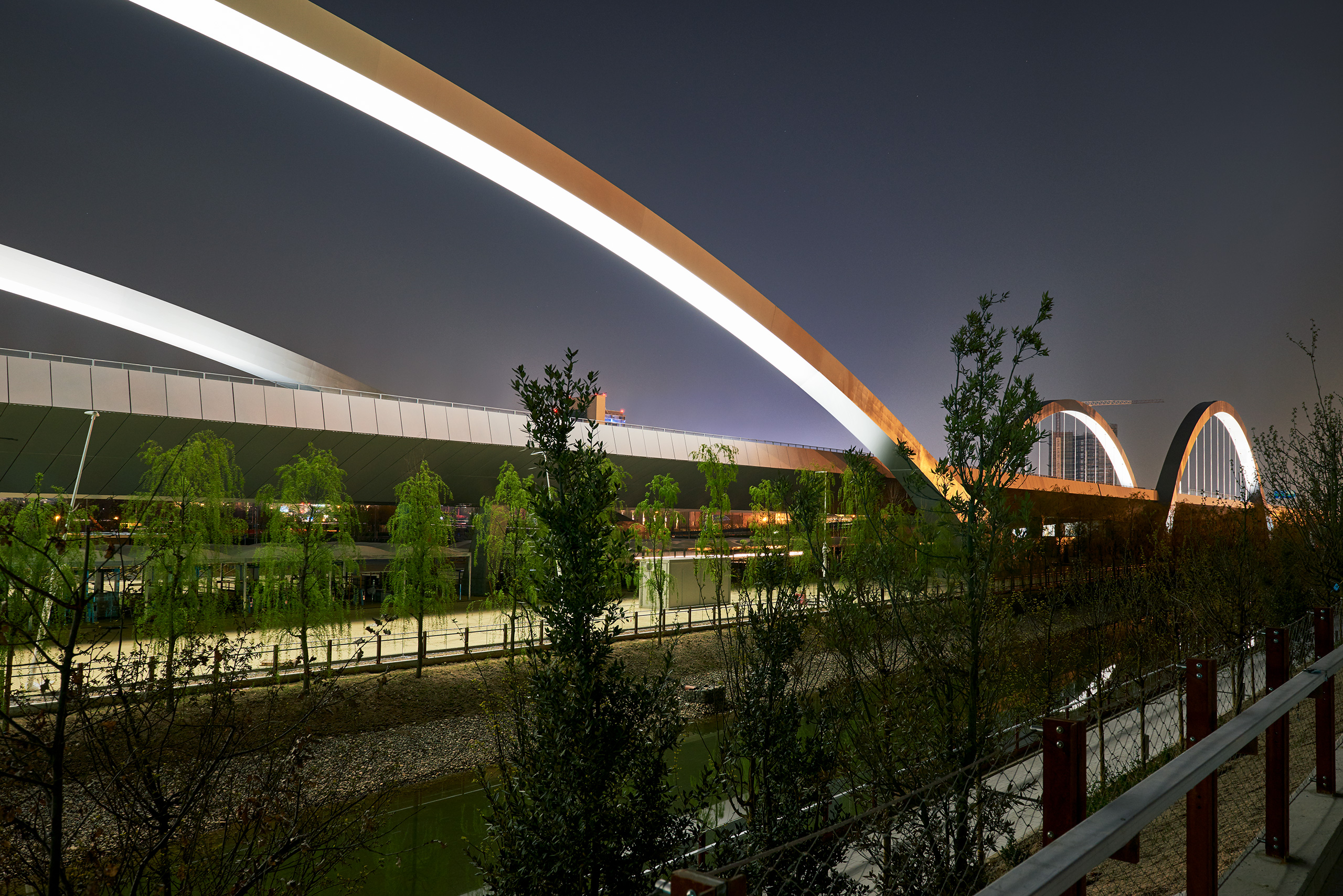 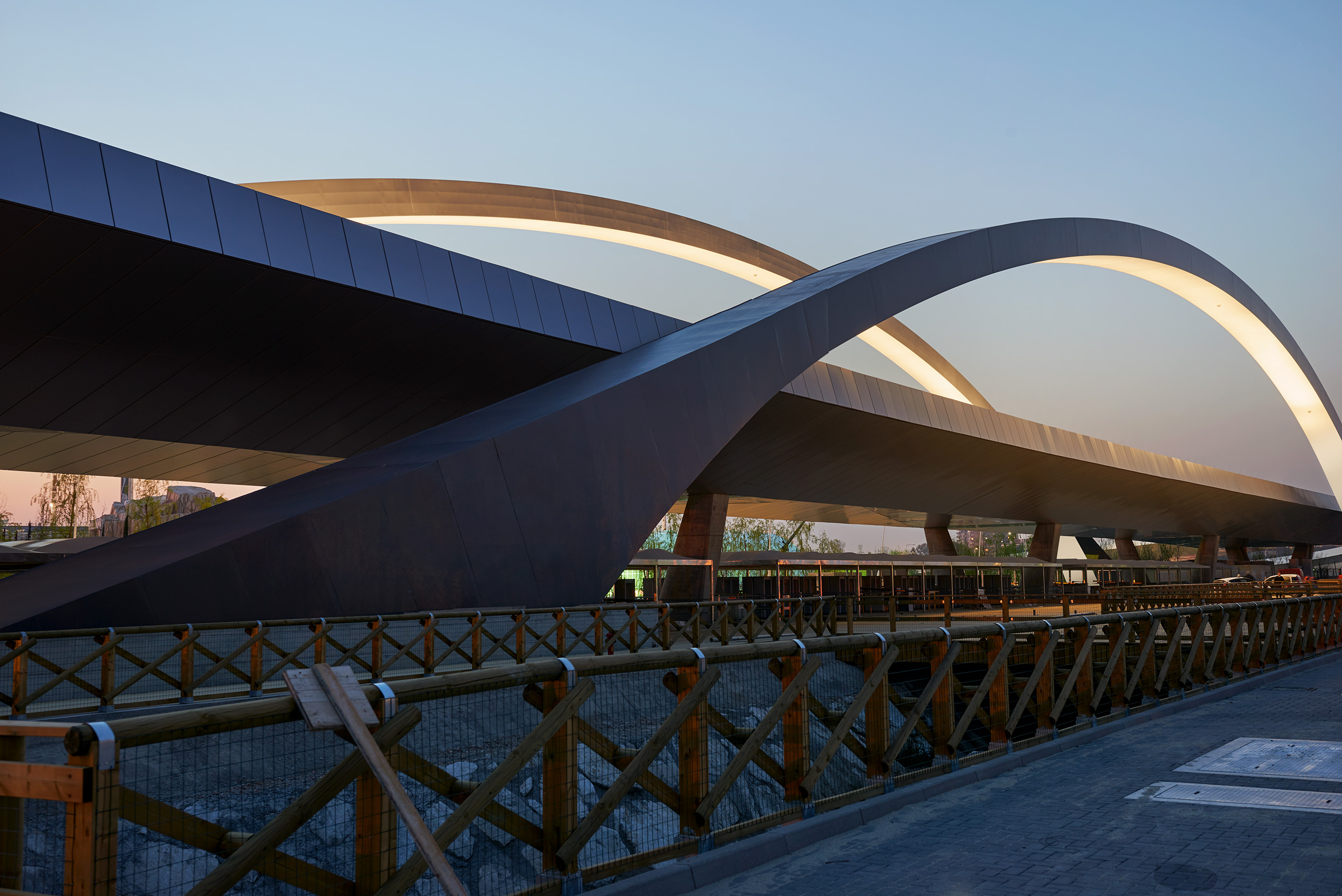 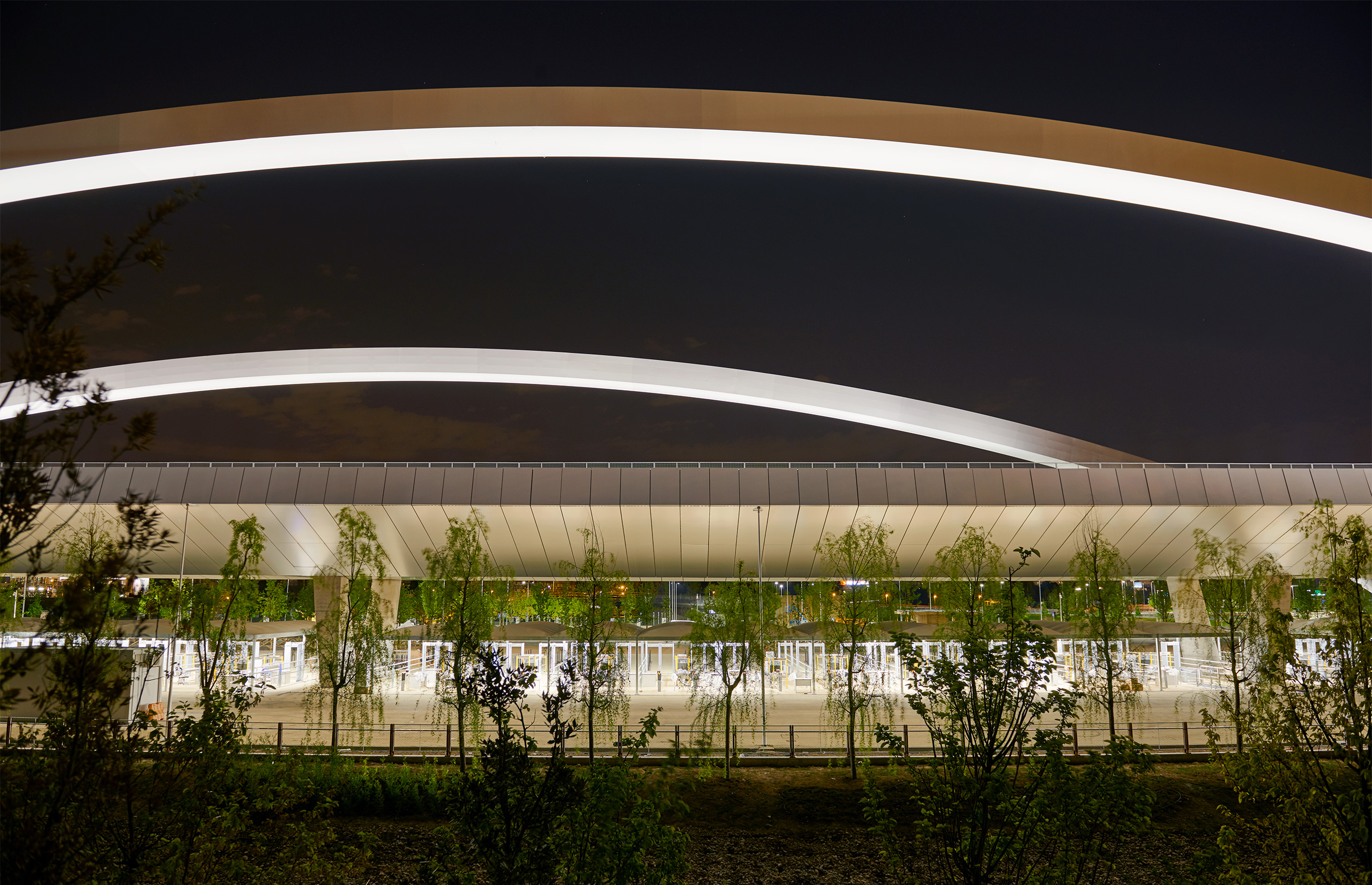 Nove Offices building was thought to create a landmark in the workspaces design so far, unifying efficiency with high quality conditions in terms of living, including lighting comfort.
VIEW MORE Loading More...
Close
Our Newsletter is here to inspire you. Subscribe