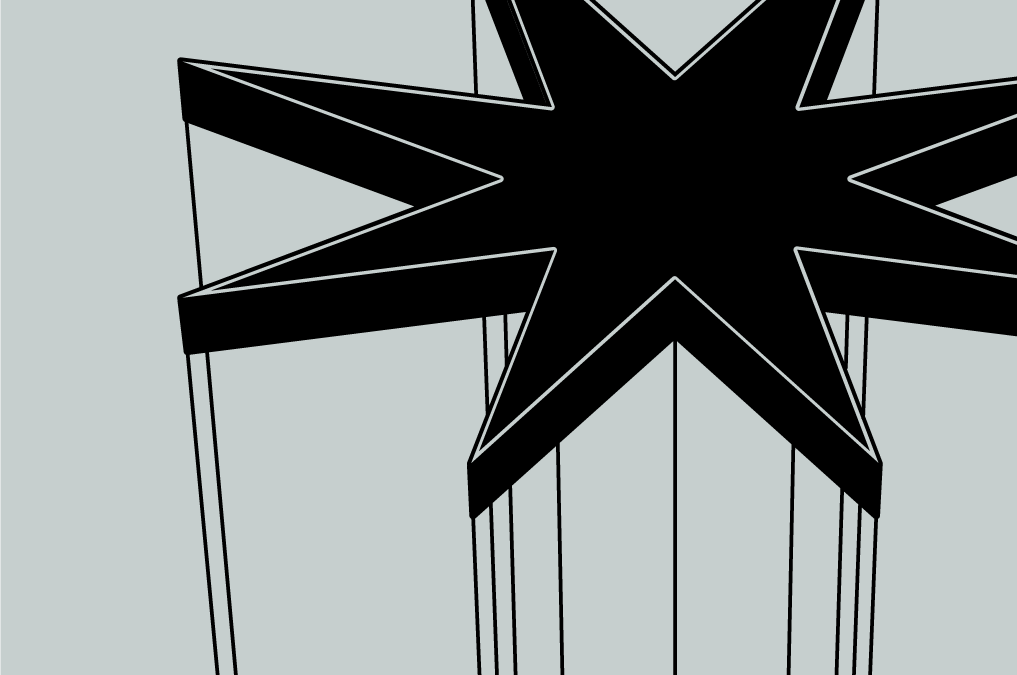 The Bulgari Star Custom Suspension was designed by Metis Lighting for the Dubai Bulgari Resort where the client and Citterio Viel architects required a unique lighting feature.

This special Bulgari Star Custom Suspension was thought for the Pre Function Room, for creating identity and a very lush atmosphere. The inspiration was again the Peter Marino’s Bulgari Pattern and in particular, the star symbol. The 8 pointed star got stretched and became a cast crystal 3D element discerning light.

The Bulgari Custom Suspension project was very ambitious due to the material itself – a plain 1.3 meter high segment had a significant difficulty in the realization and its weight was also hard to manage. Different manufacturers came up with alternative materials and submitted mockups, but the light effect was not compelling.

Aggiolight were able to share the ambition and realized the desired feature exactly as conceived, and the internal reflections delivered in the different faces of the stars and evoked from the sharp edges of the fins came to life.

The star was equipped with LED sources , with high color rendering and warm dimming technology and despite the delicate appearance the final overall suspension weight is around 300 Kg.

The overall Bulgari Resort in Dubai project included a number of custom lighting fixtures that conveyed identity and unique character. 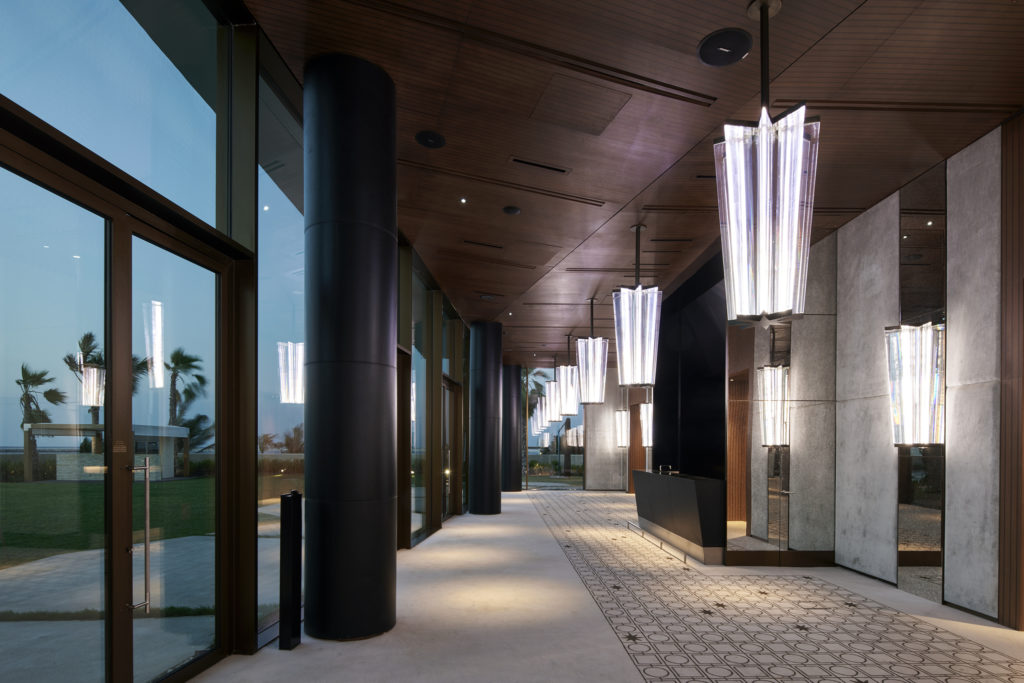 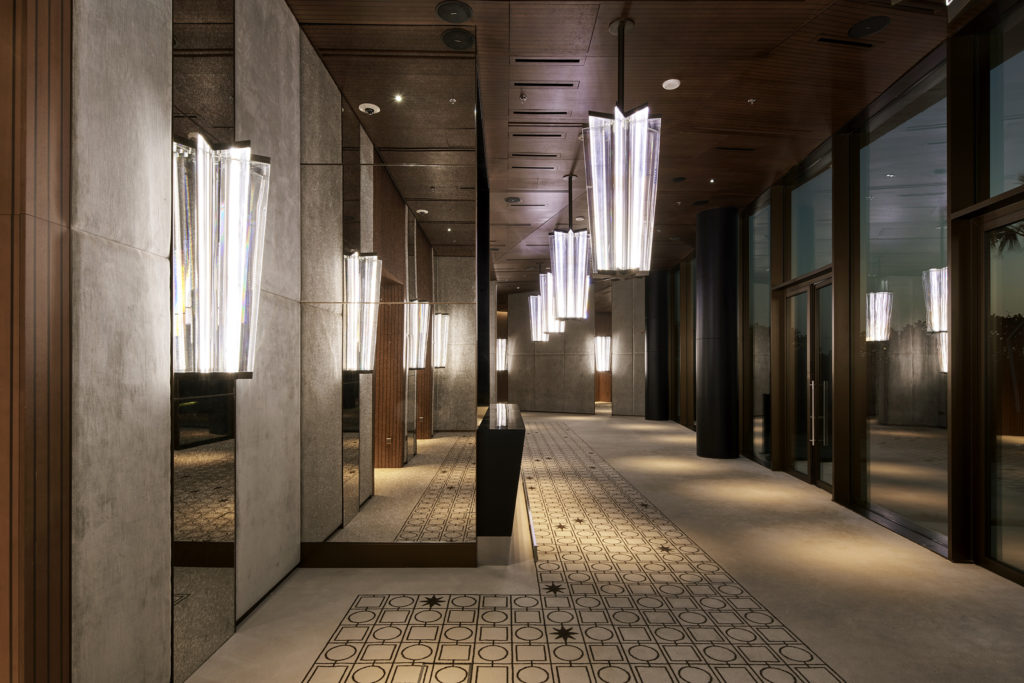 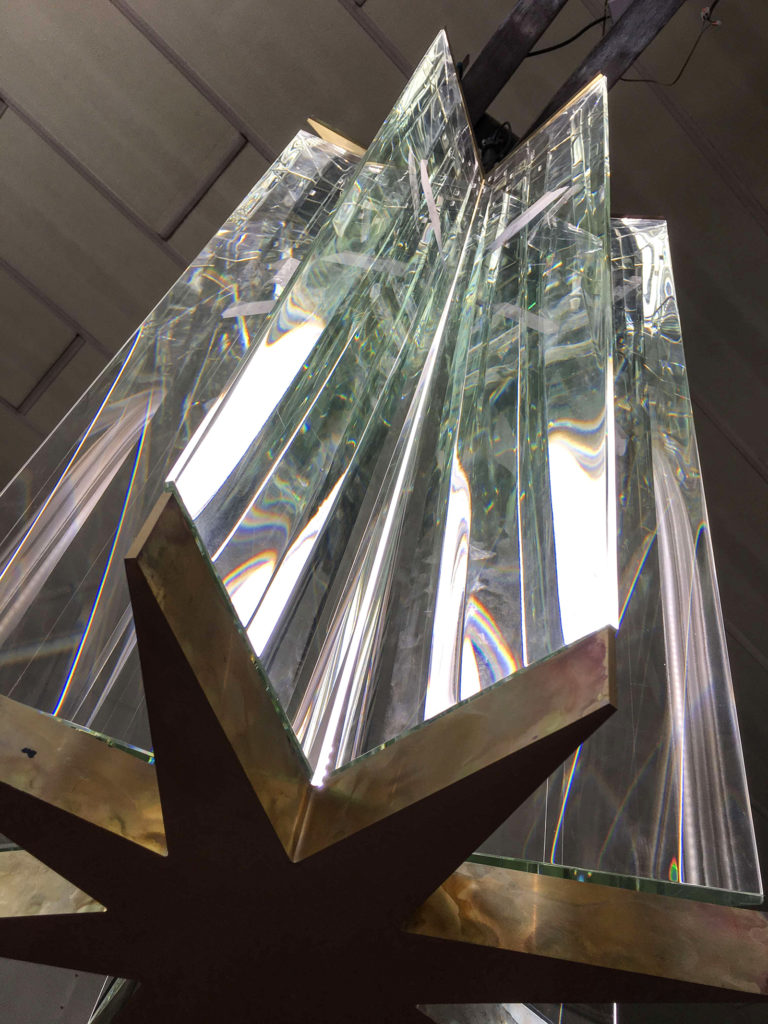 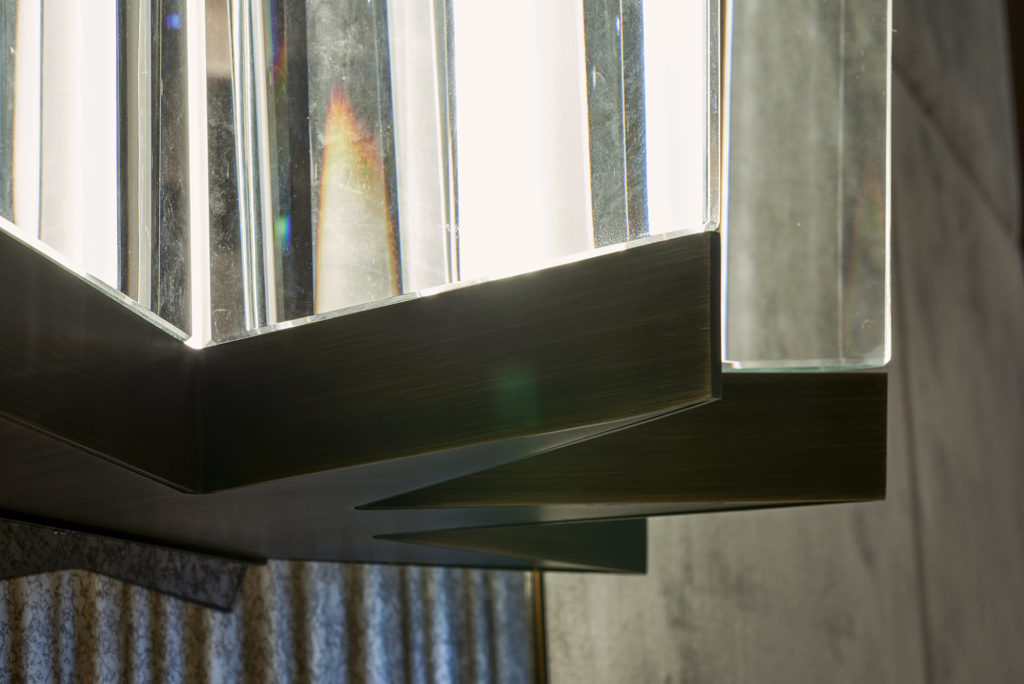 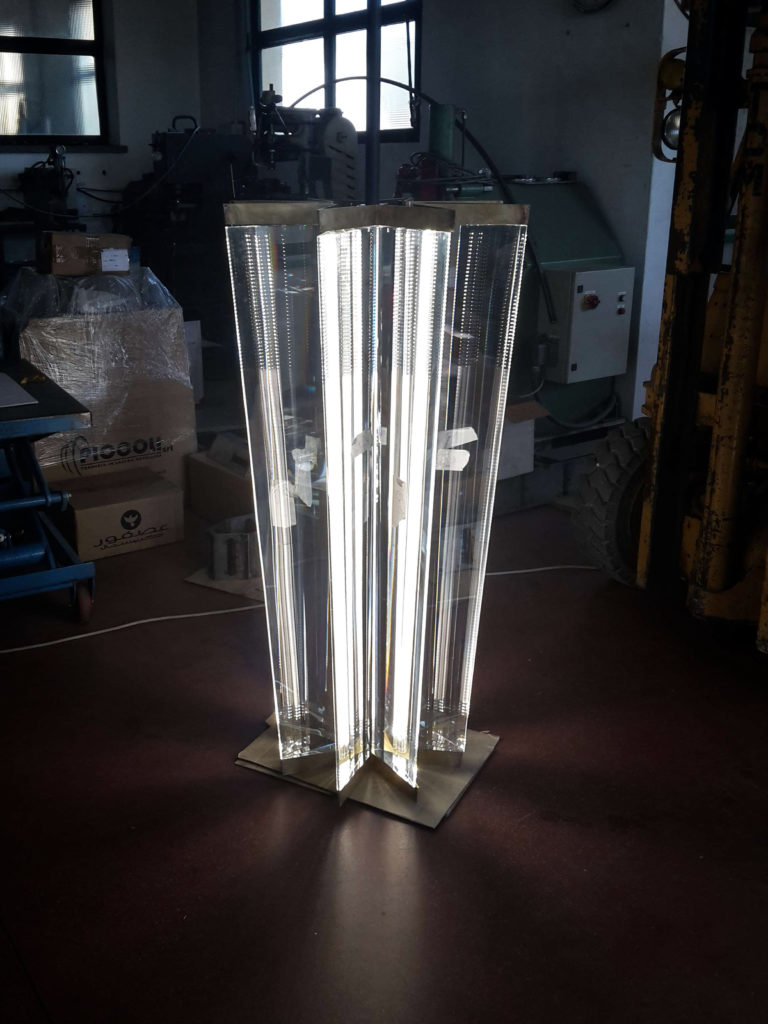 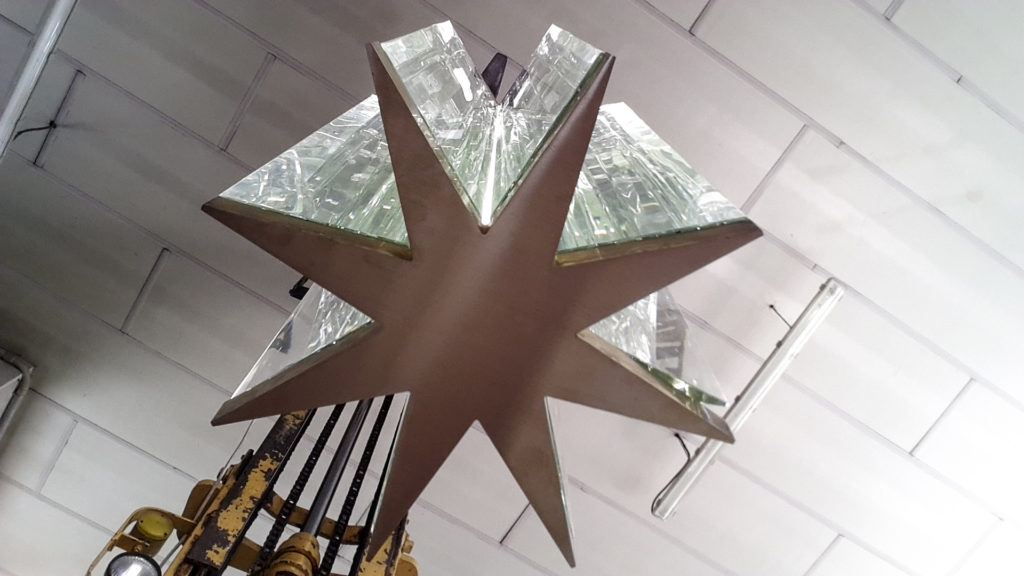