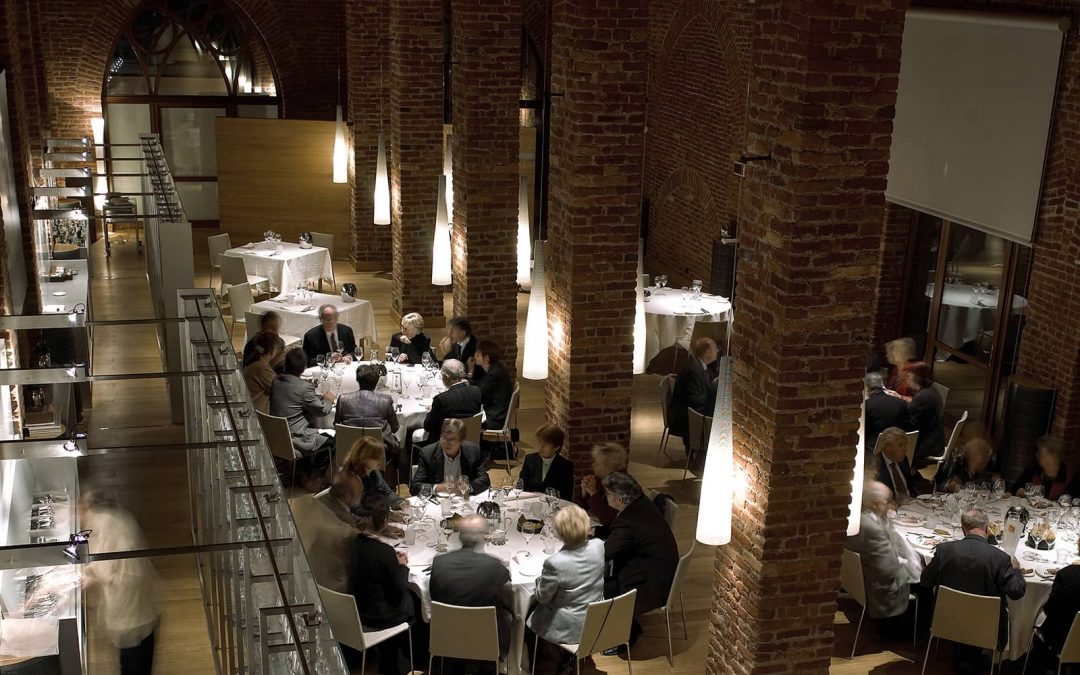 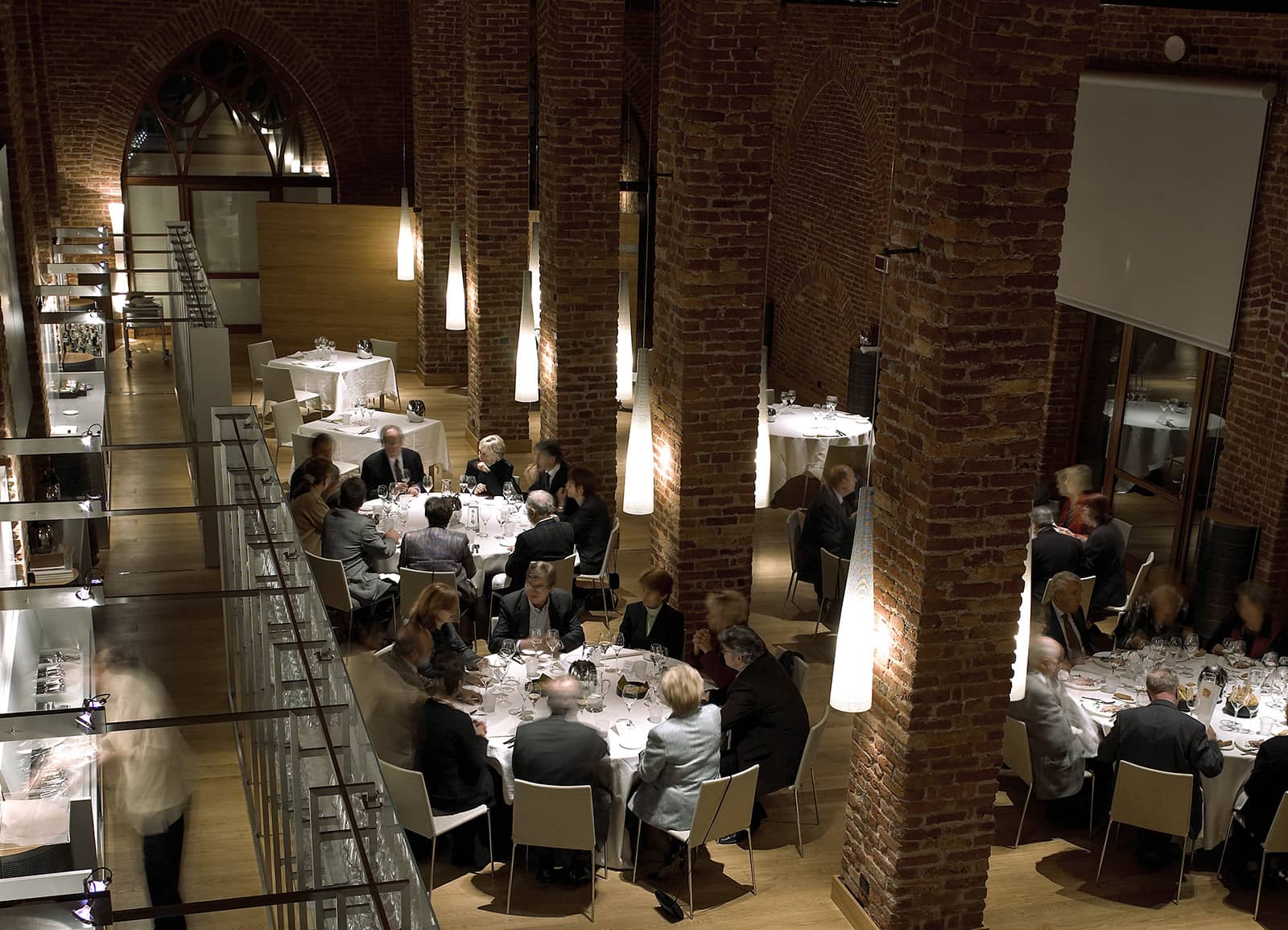 During December, gatherings to celebrate the end of the year or religious festivities are a constant appointment in our lives. Quite often, these appointments are dinners either at restaurants or in private homes. Have you ever noticed how light can have a decisive impact on the atmosphere created?

We have already been speaking of the warm dimming technology and how it works with low lighting levels and warm tones of light making people feel more relaxed into a specific context. In a restaurant, though, it isn’t only about that. There are many other elements, among which another archetype ignited in the human perception: sitting around the campfire enjoying its warmth is now translated into sharing a table under a focused light. Warm concentrated light on the table is important for creating an intimate convivial experience. At the same time, the surroundings should be illuminated enough for feeling at ease and perceiving the overall context. What a skilful balance!

Everything follows the concept of light and shadow, with nothing extreme on both sides. It is essential to create the right balance between a light that illuminates the table, the plates, the people enjoying their meal together and the restaurant itself, with its architectural features, its pieces of furniture and artworks, its specific characteristics.

In the Milanese dialect there is an ancient saying stating that “the eyes are bigger than the mouth” l’oeucc pussee grand del boeucc. If a plate is well illuminated, this traditional wisdom is fully expressed.

One of the first projects Metis Lighting did in the Restaurant field is dated to the very first years of the new millennium in an area that is very well known for its wine and food: Langhe, in Piedmont. Da Guido opened in Pollenzo, where the University of Gastronomic Sciences opened in the same year in which the project was inaugurated. It was an elegant restaurant developed in a restored historical structure, hence with incredibly beautiful architectural features. The main task of the overall Restaurant lighting scheme was to describe the big scale historic context while also maintaining an intimate and accommodating scale for the guests.

Light on the dinner table is a very important issue and Metis Lighting plans to furtherly share some thoughts and insight on this matter.

So, this Christmas, pay attention to your dinner light at home or in a restaurant since eyes are bigger than the mouth and stay tuned! 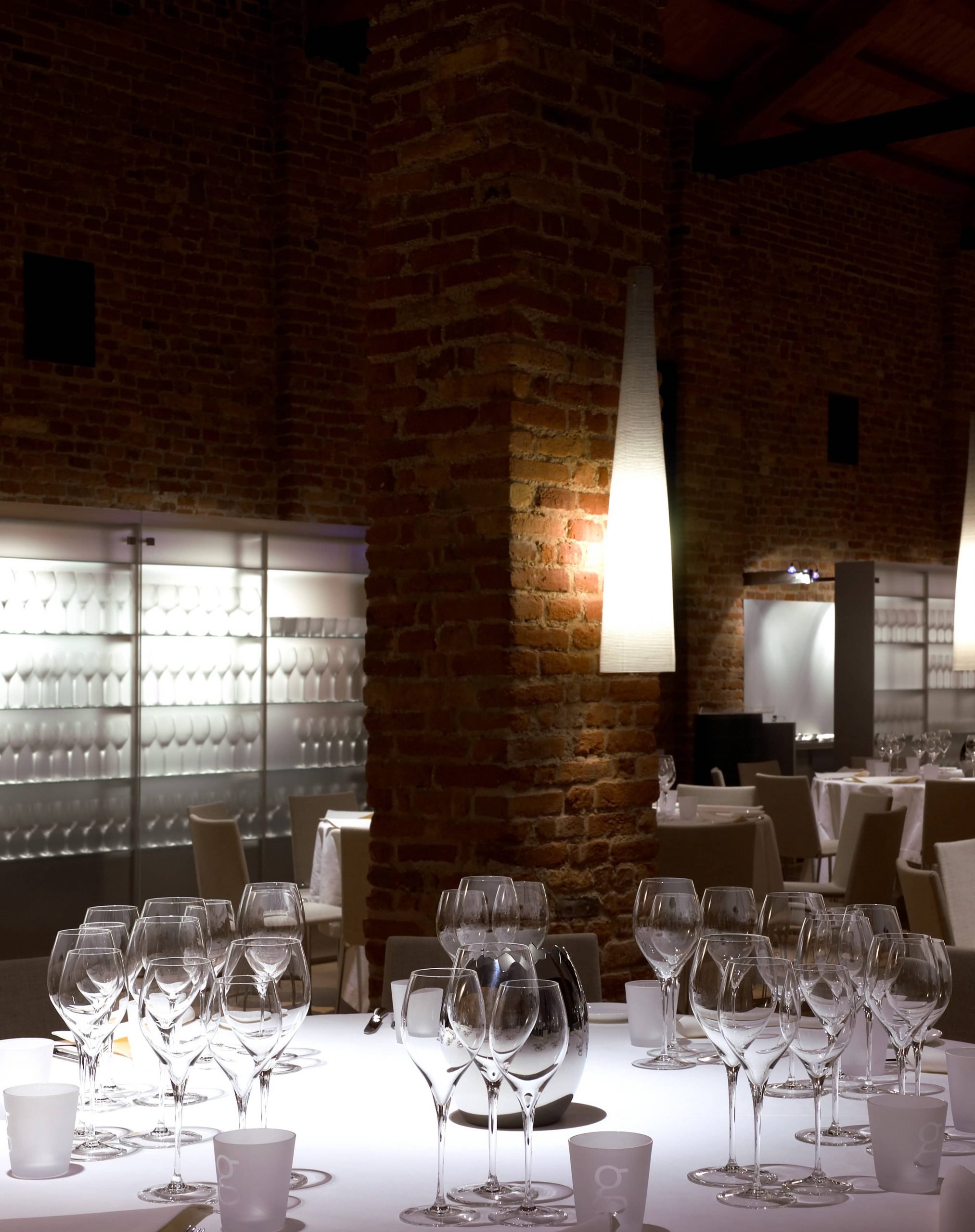 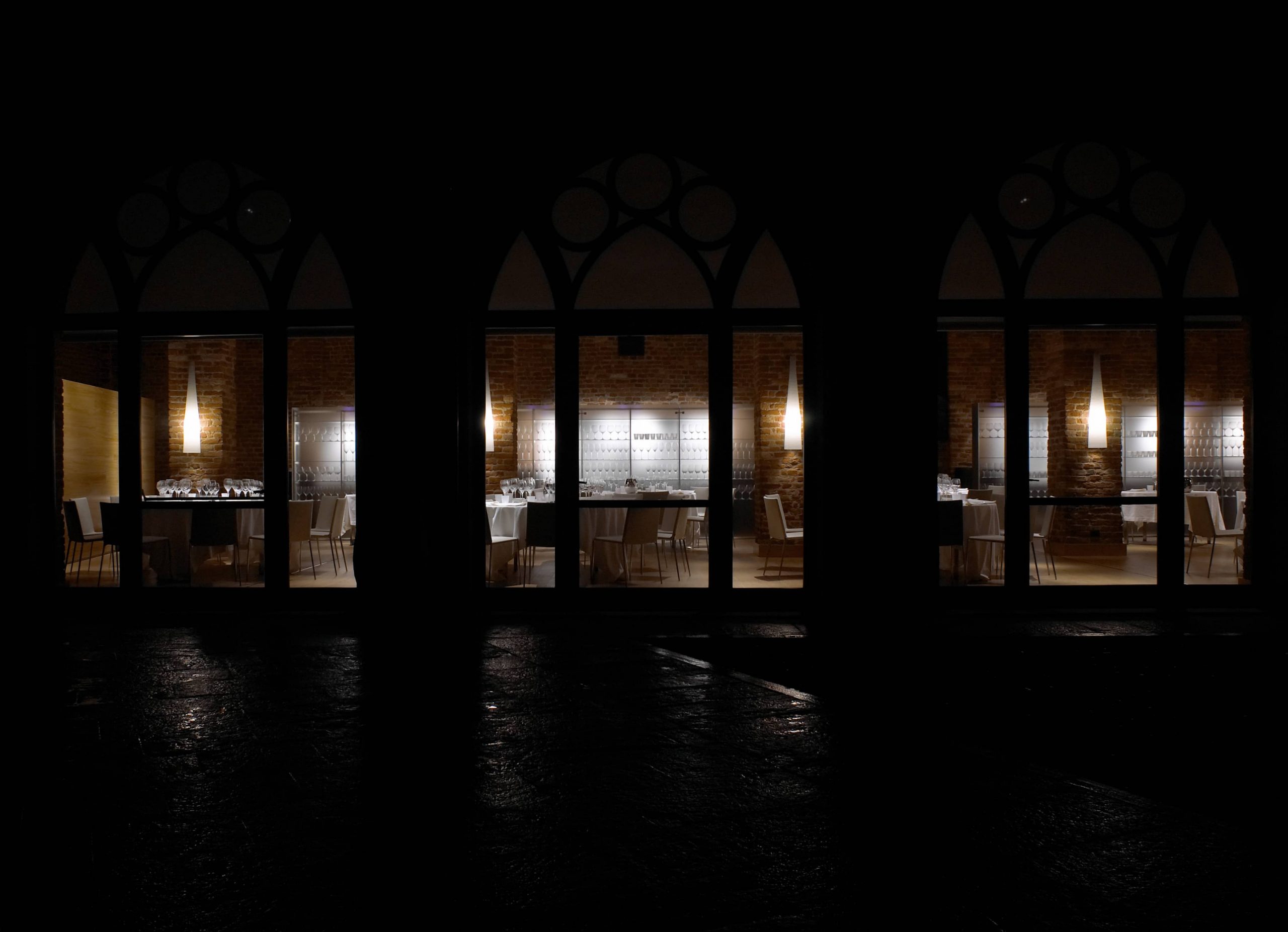