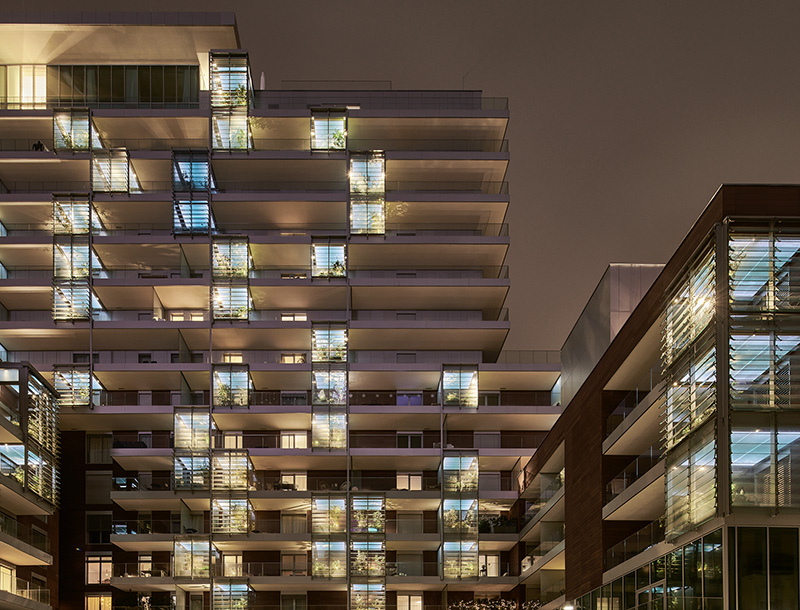 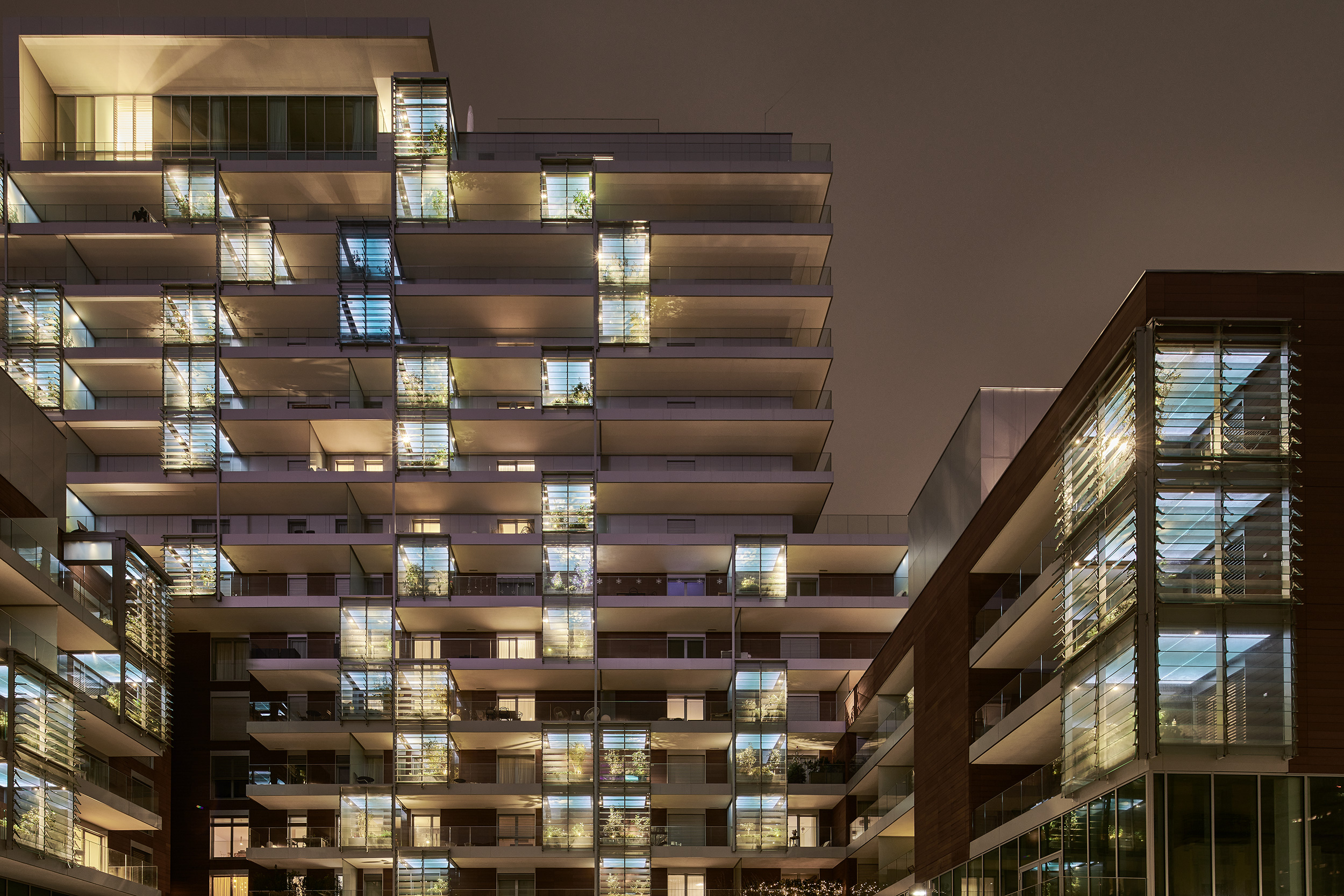 Right in the heart of Milan, a new Residential building rises, adding a new community and design symbol in the rapidly growing district of Gioia Boulevard.

Metis Lighting developed the lighting scheme for the Interior Public Spaces, as well as the Outdoor areas and Façade.

The building stands out due to the presence of private greenhouses contained inside the apartments’ balconies.

Trees and lower bushes in planters represent a green private area for the residents to enjoy. Also in Winter, the greenhouses become an additional living space ever growing and mutating, connecting inside and outside in a threshold full of nature. Metis Lighting suggests to extensively underline this particular element and use light for enliven the overall building façade.

In order to fully express the connecting character of the greenhouse, lighting will serve not only outlining the plants, but also highlighting the greenhouse structure itself in an innovative way. Every greenhouse ceiling becomes a luminous surface, an ‘’artificial’’ sky portion, merging with the real sky and following its natural colour hues from sunset till midnight.

Εdge lighting panels are integrated in the ceiling with RGBW technology and the colour hues follow a time-lapse programming also set according to the time changing throughout the year, following as much as possible the natural light variations along the seasons.

Light on the plants is directed both downwards – by ceiling mounted adjustable spotlights, as well as upwards from light fittings inside the planters. Every green element becomes better outlined even from a distance and at the same time, the upwards illumination created another visual element, the plants shadows projected on the overhanging greenhouse ceiling.

All ‘’greenhouses’’ despite being private property, follow the lighting scenarios as a whole, becoming a pulsing illuminating element for the building.

The other balconies on the façade are illuminated in a very subtle and discrete way with low courtesy lighting fixtures, guaranteeing the necessary illuminance and some indirect light on the various roofs, so that the architecture is described sufficiently.

The rather low lighting levels on the façade accentuate even more the luminous greenhouse elements as absolute focal points, celebrating nature and well-crafted lighting technology. 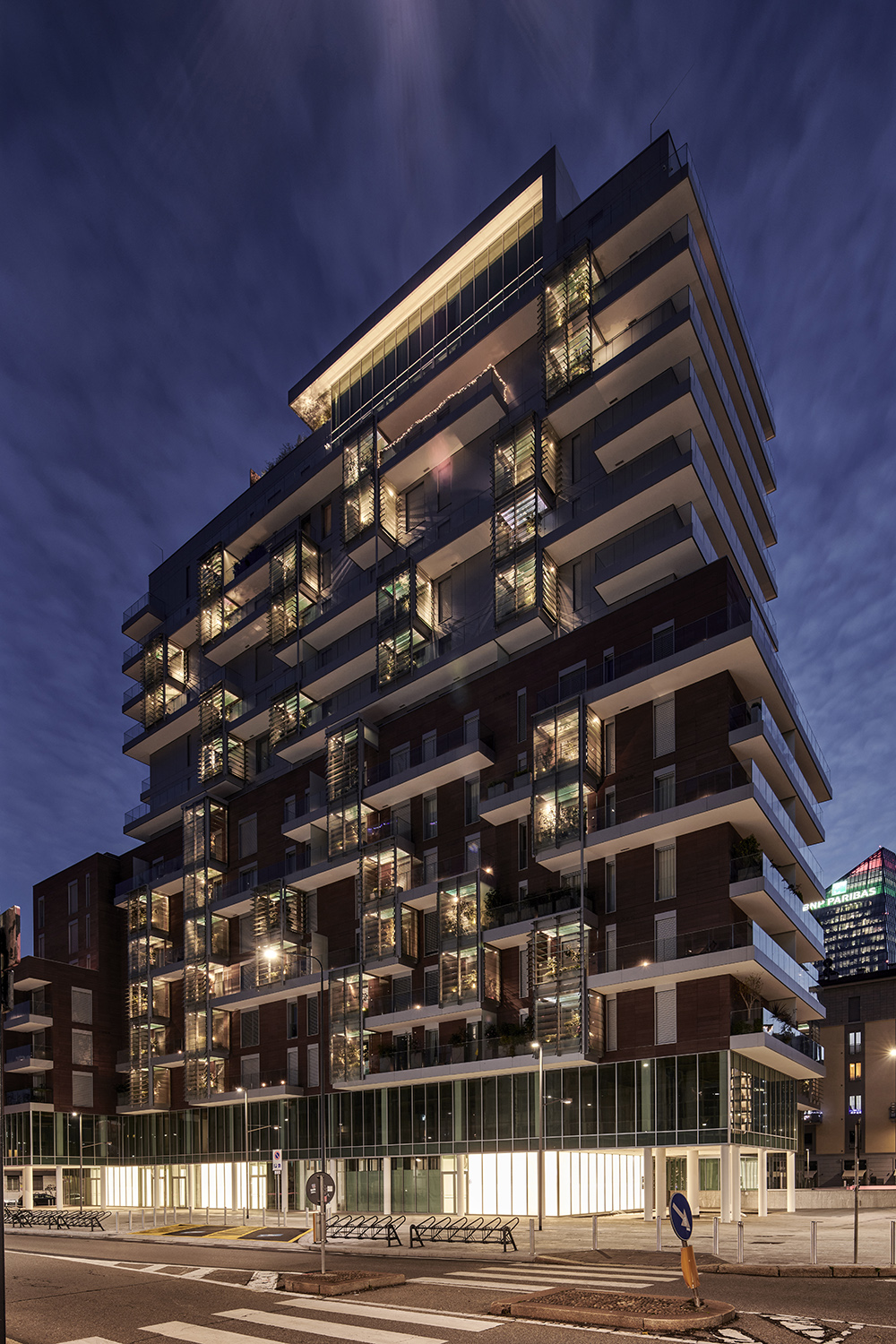 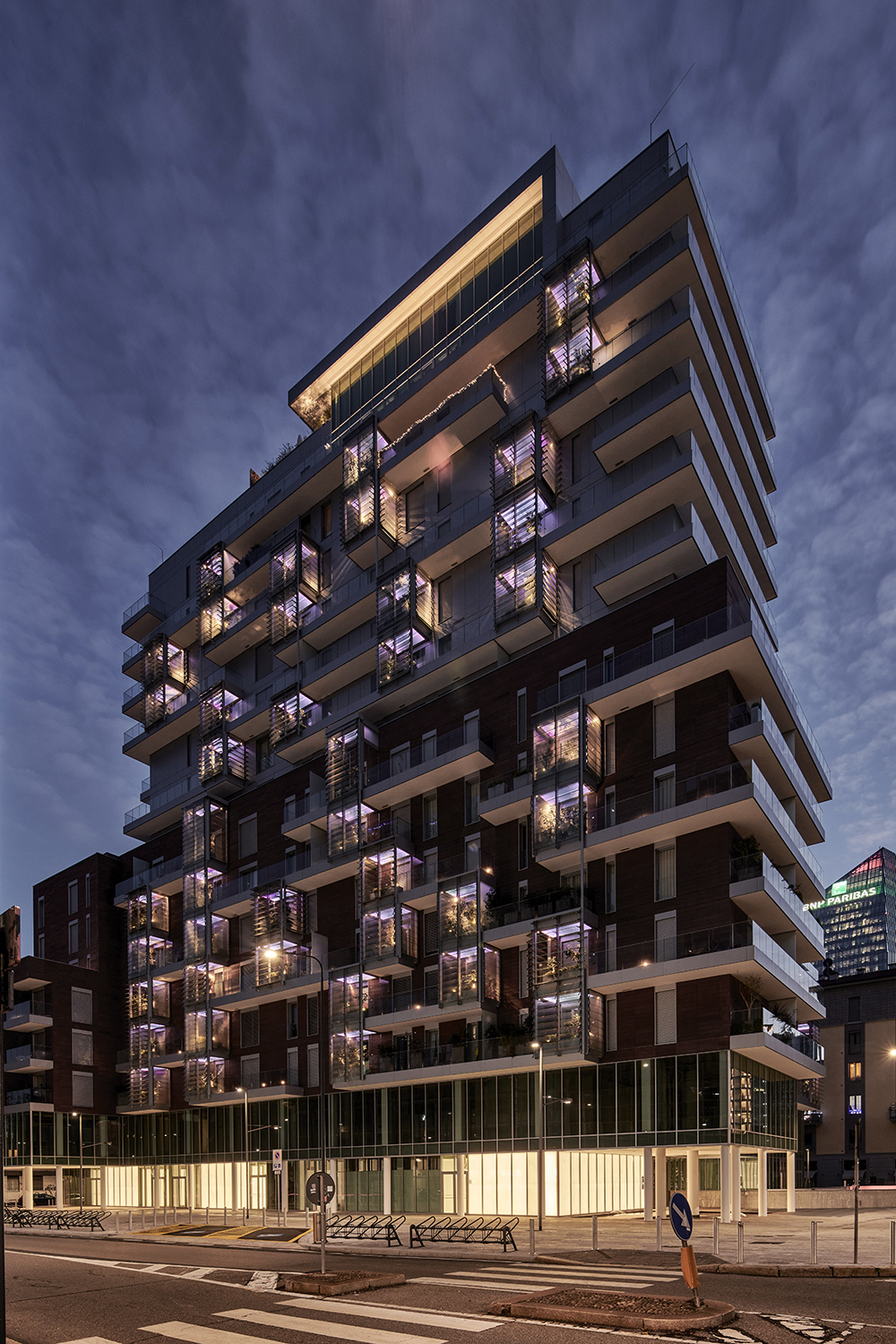 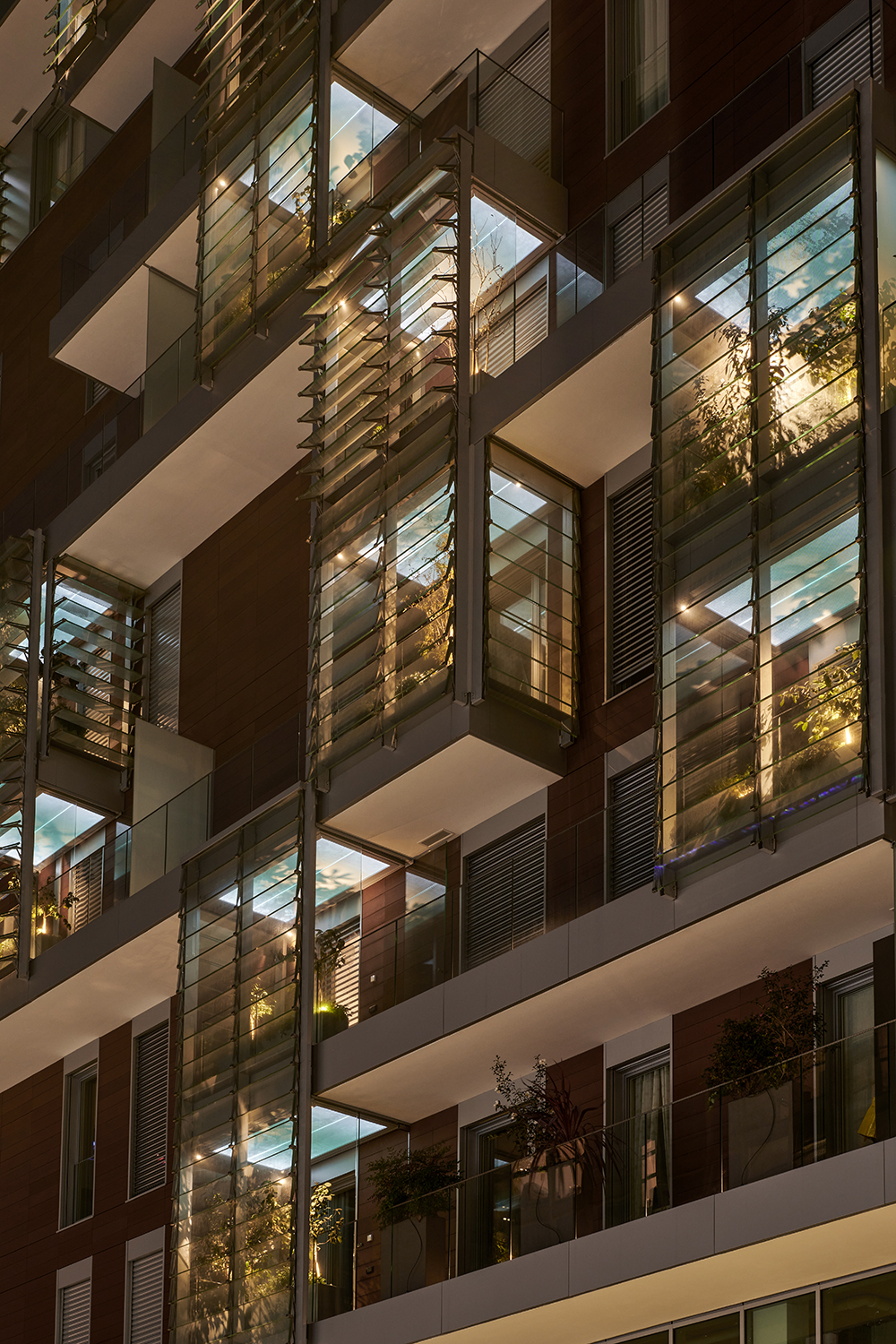 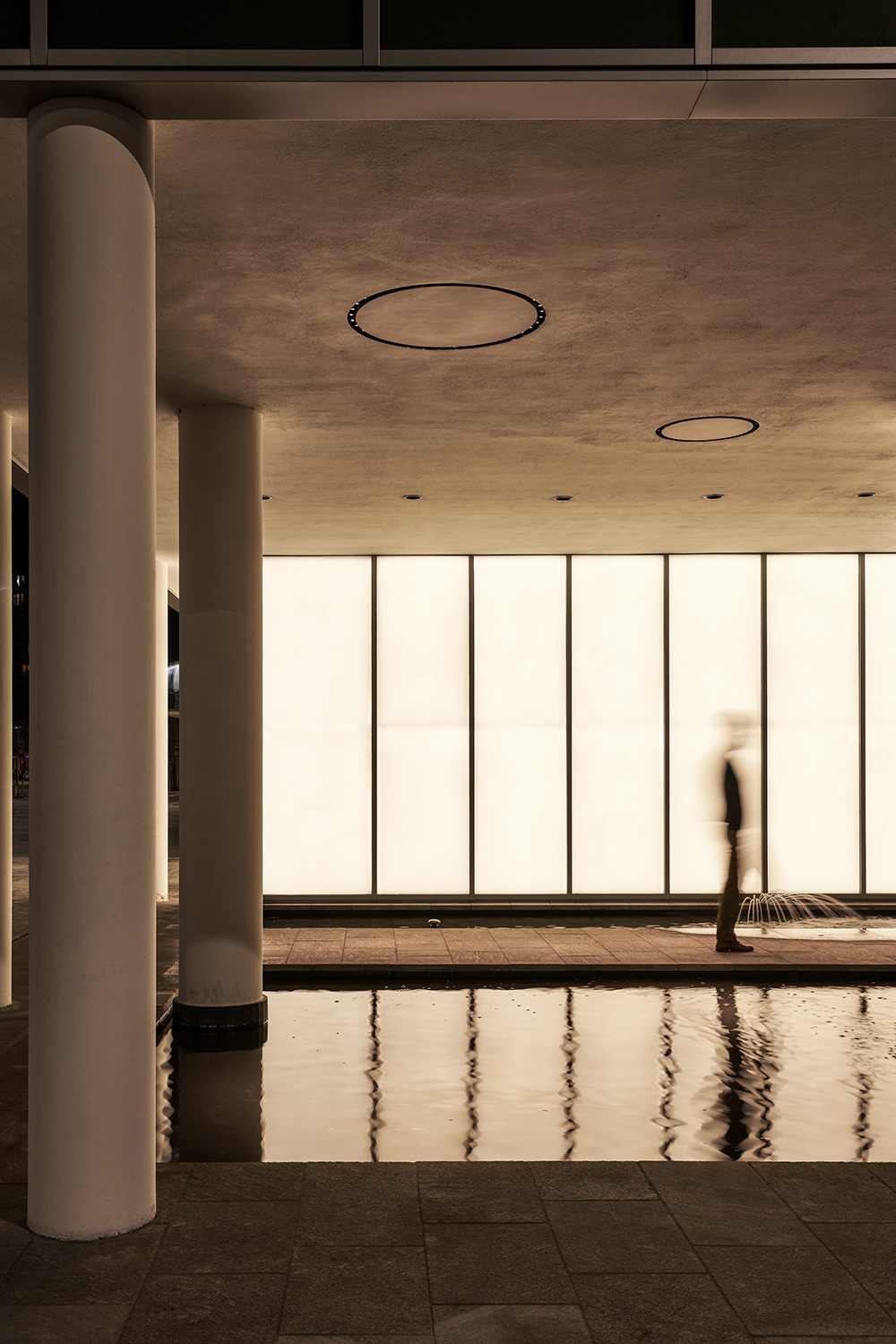 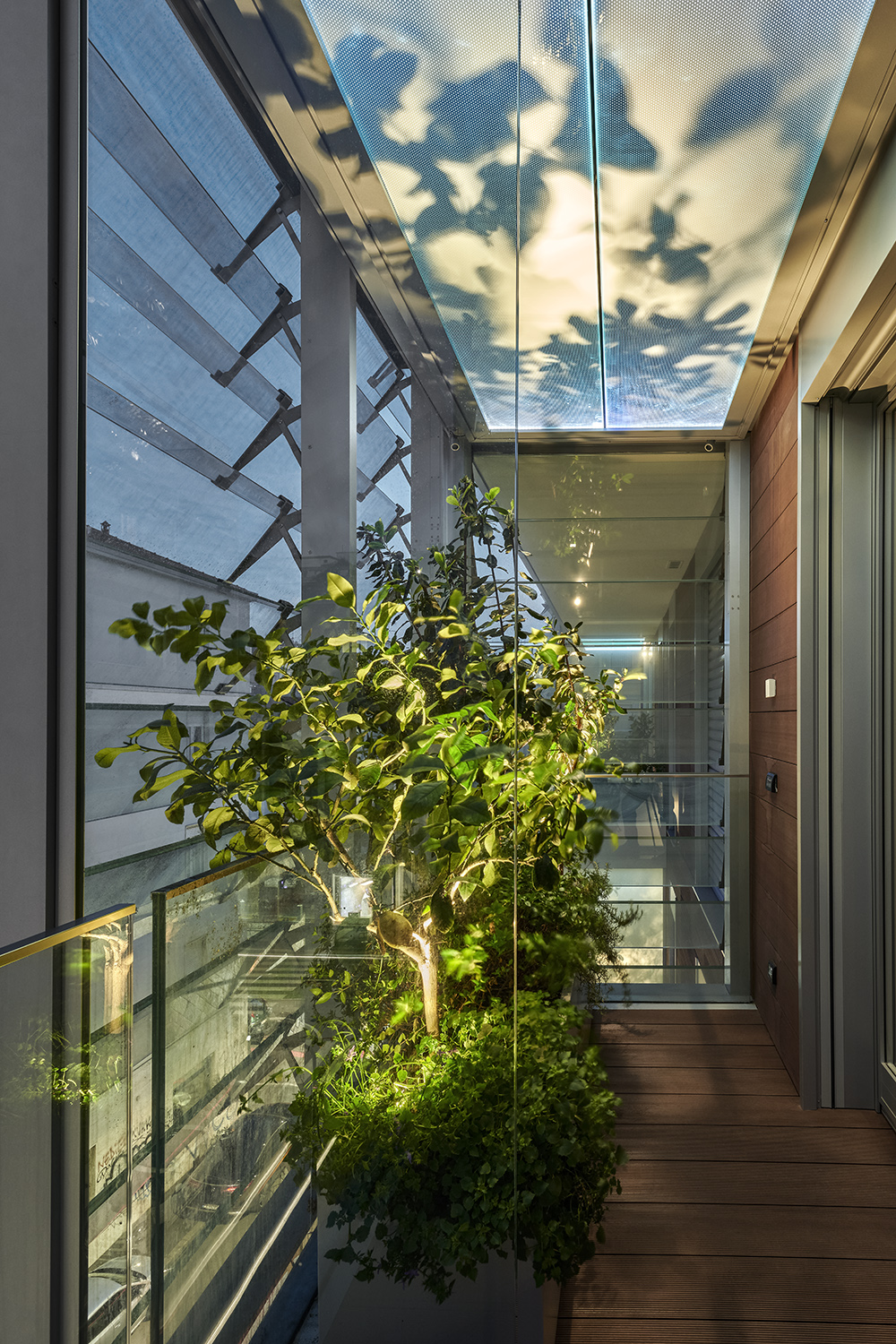 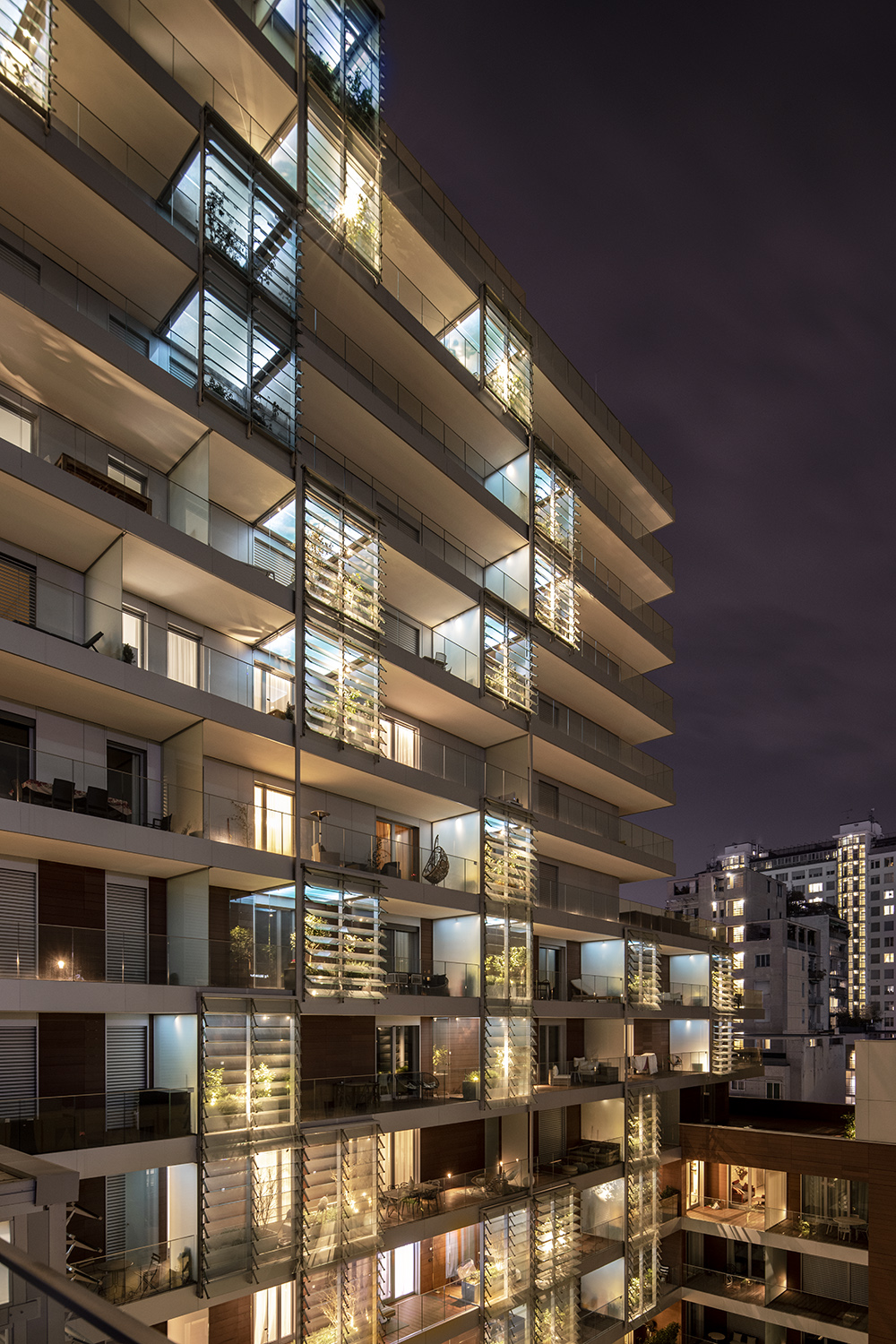 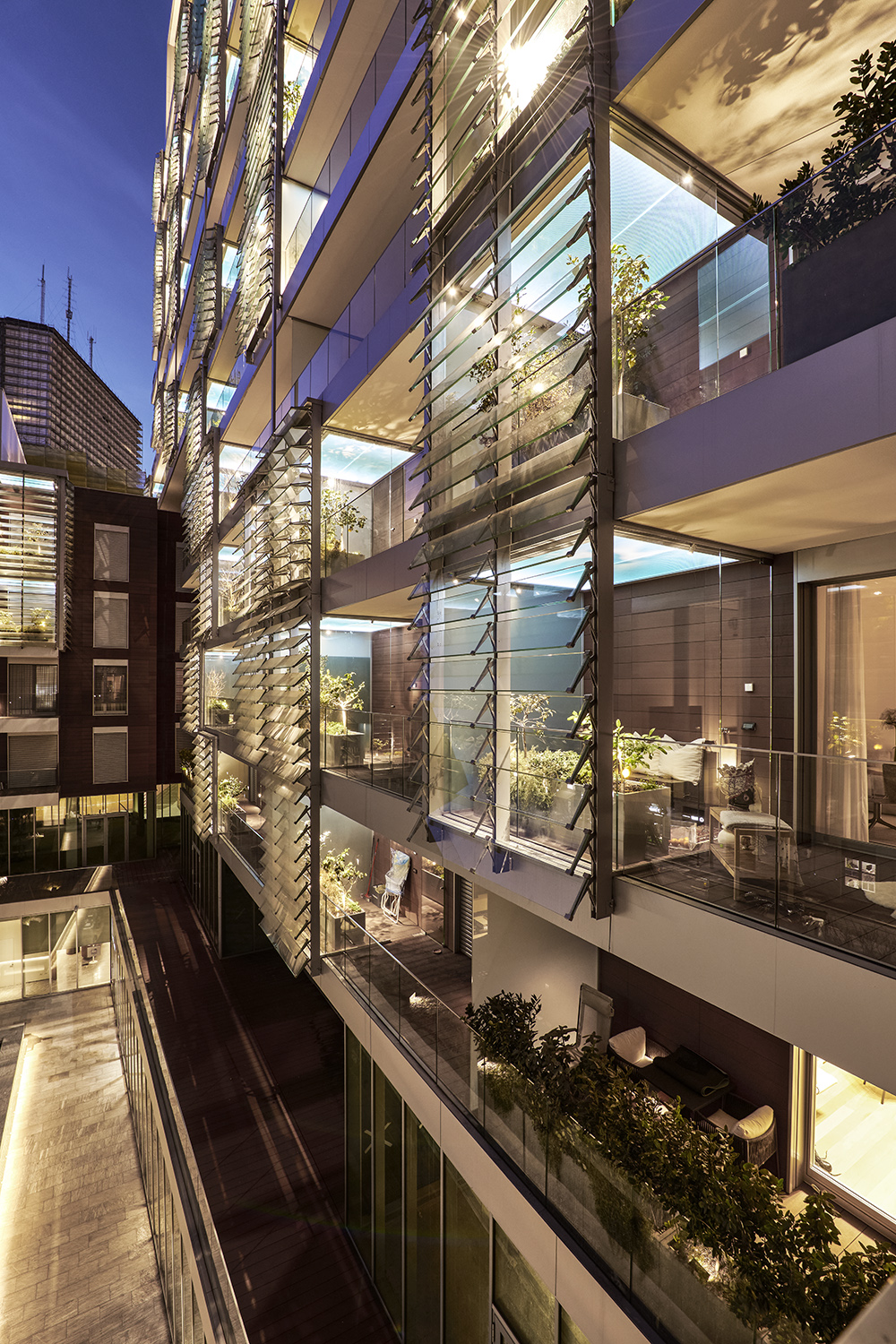 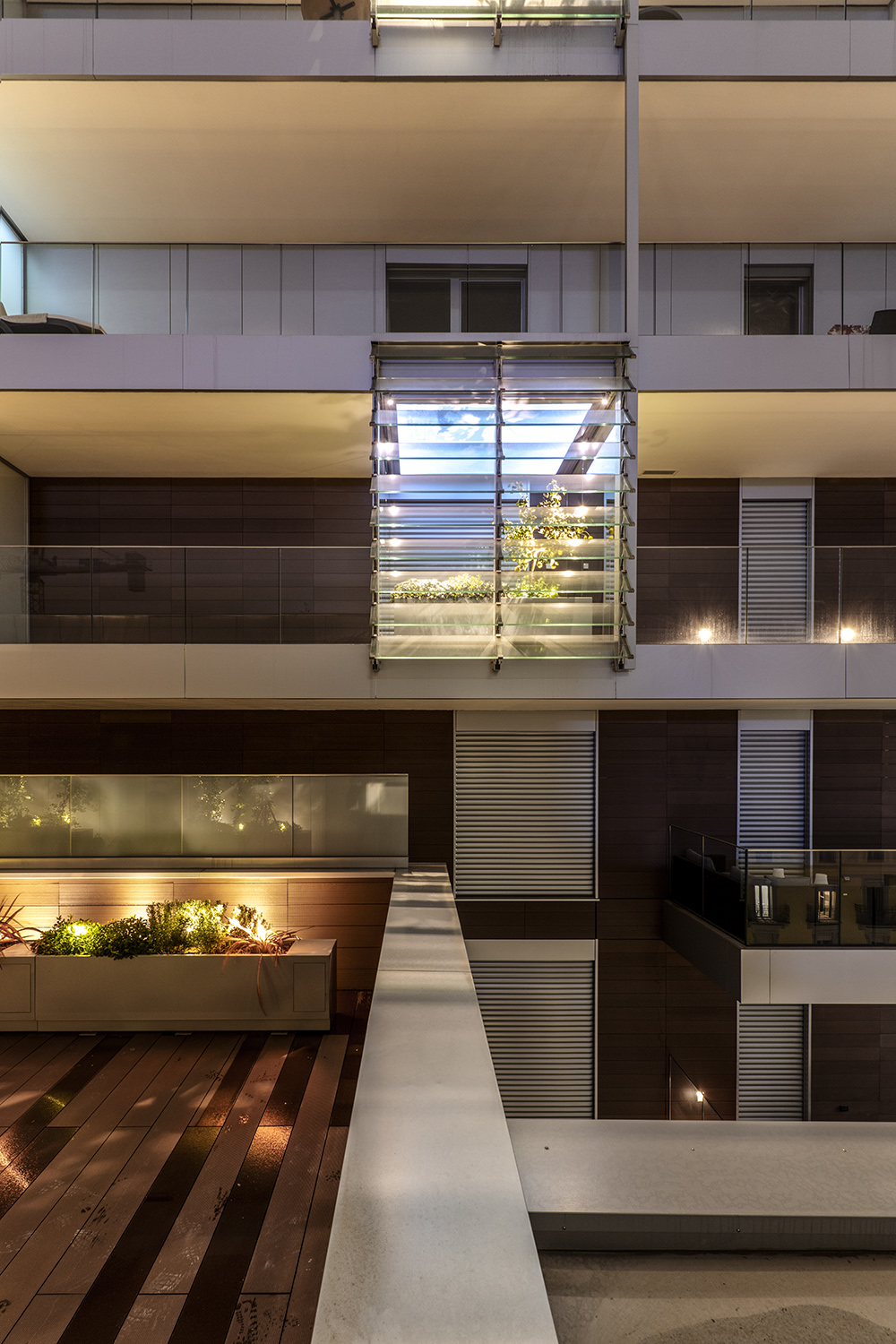 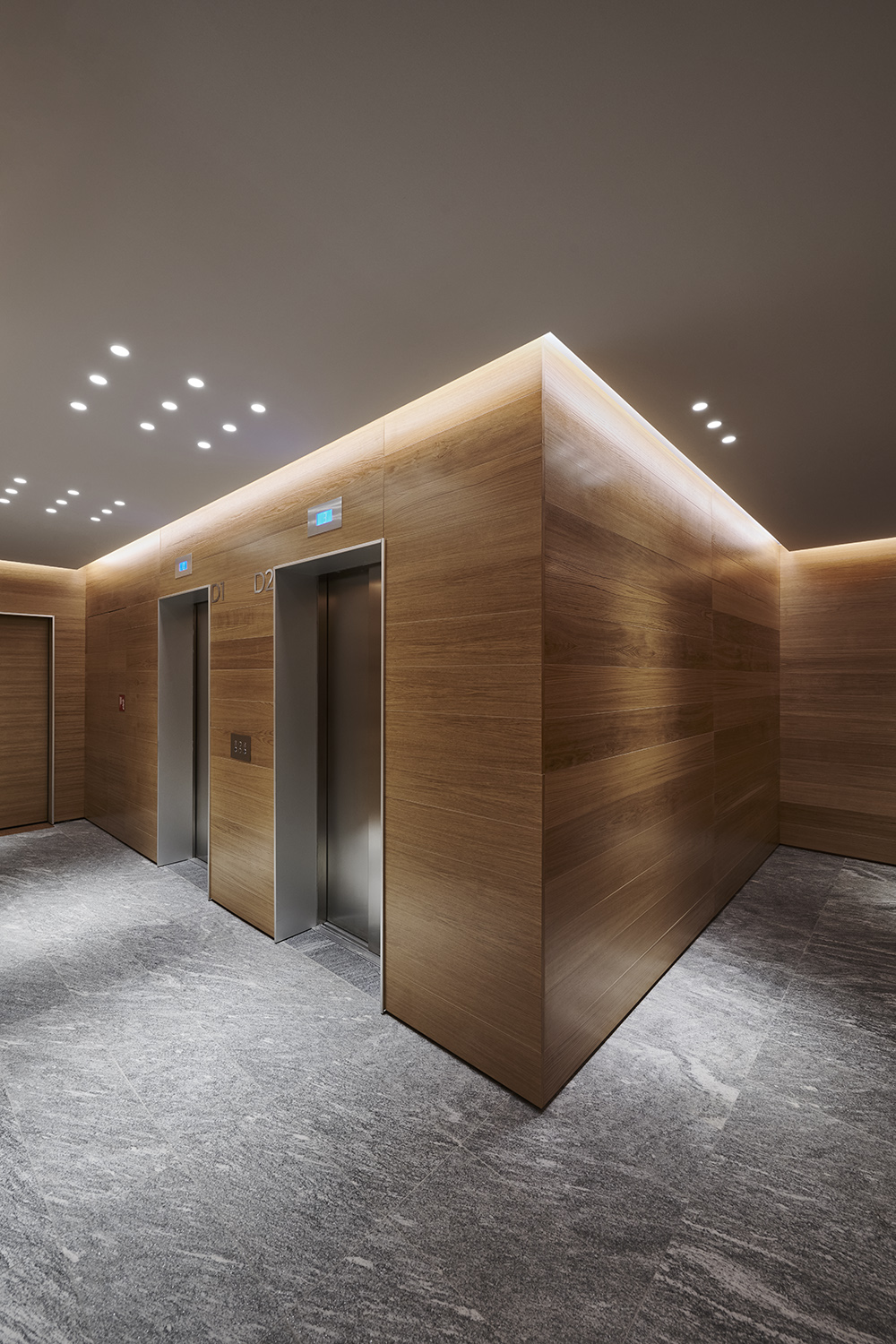 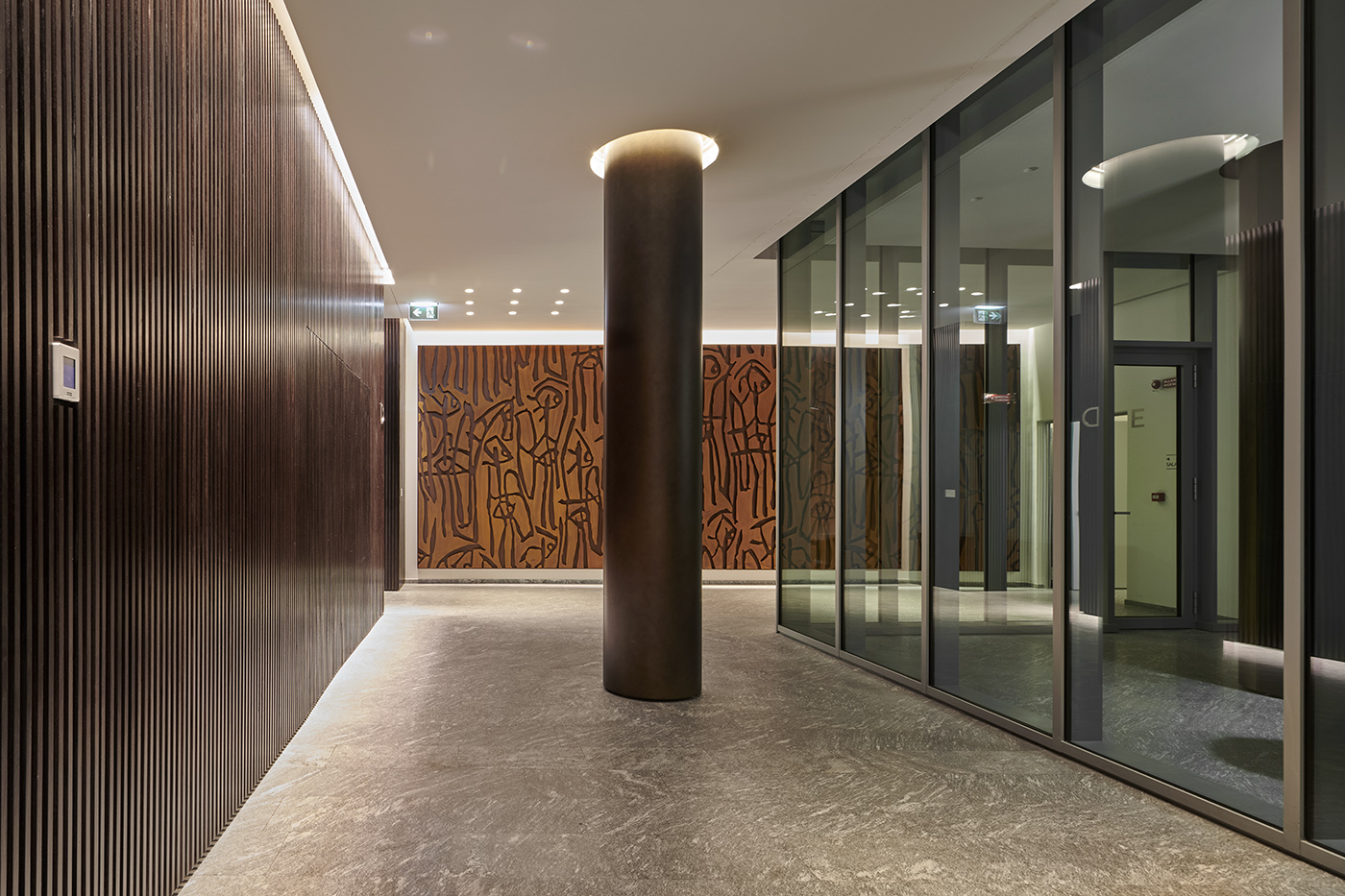 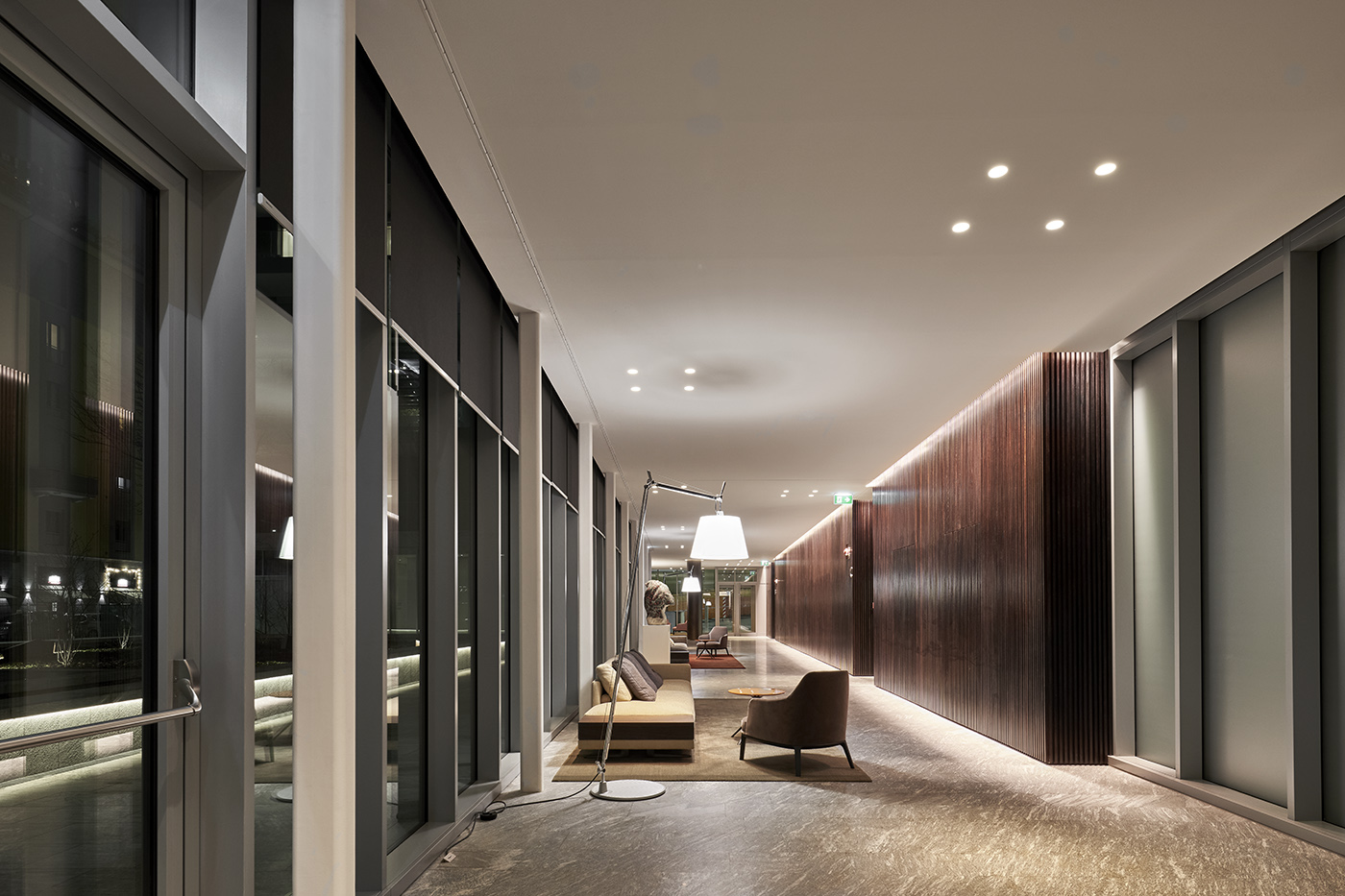 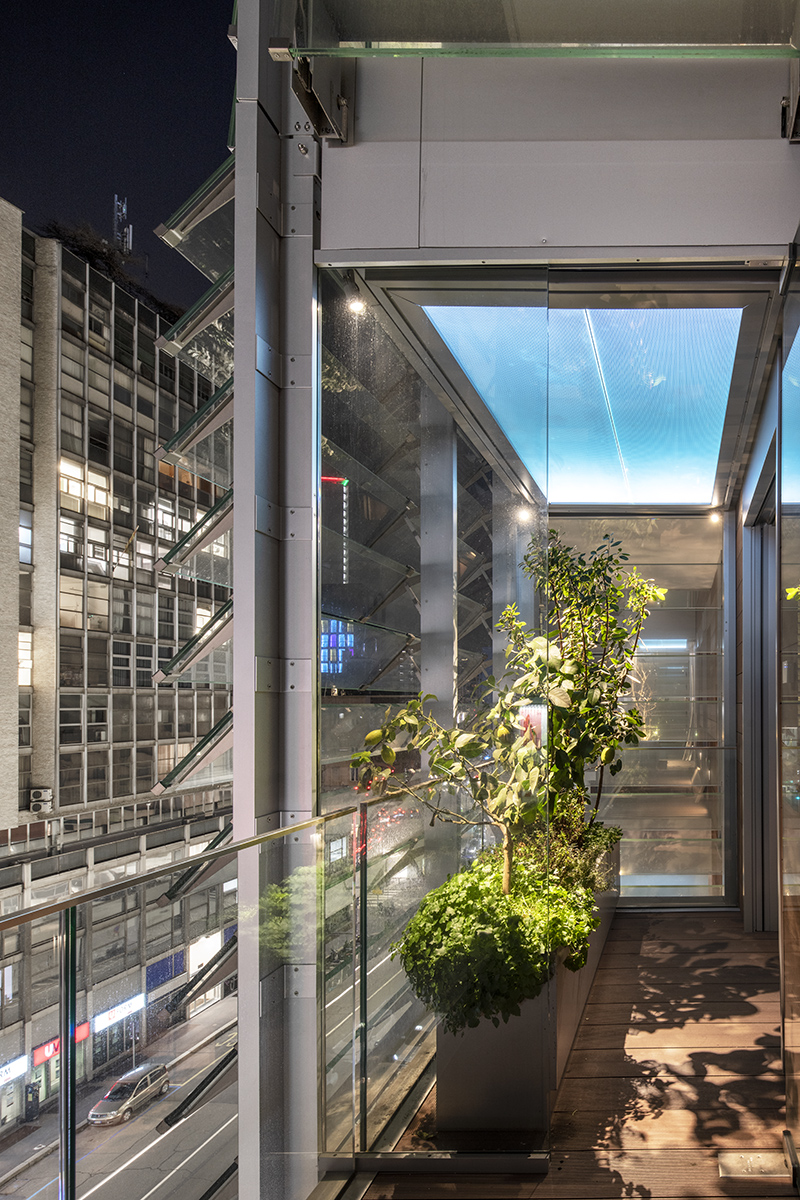 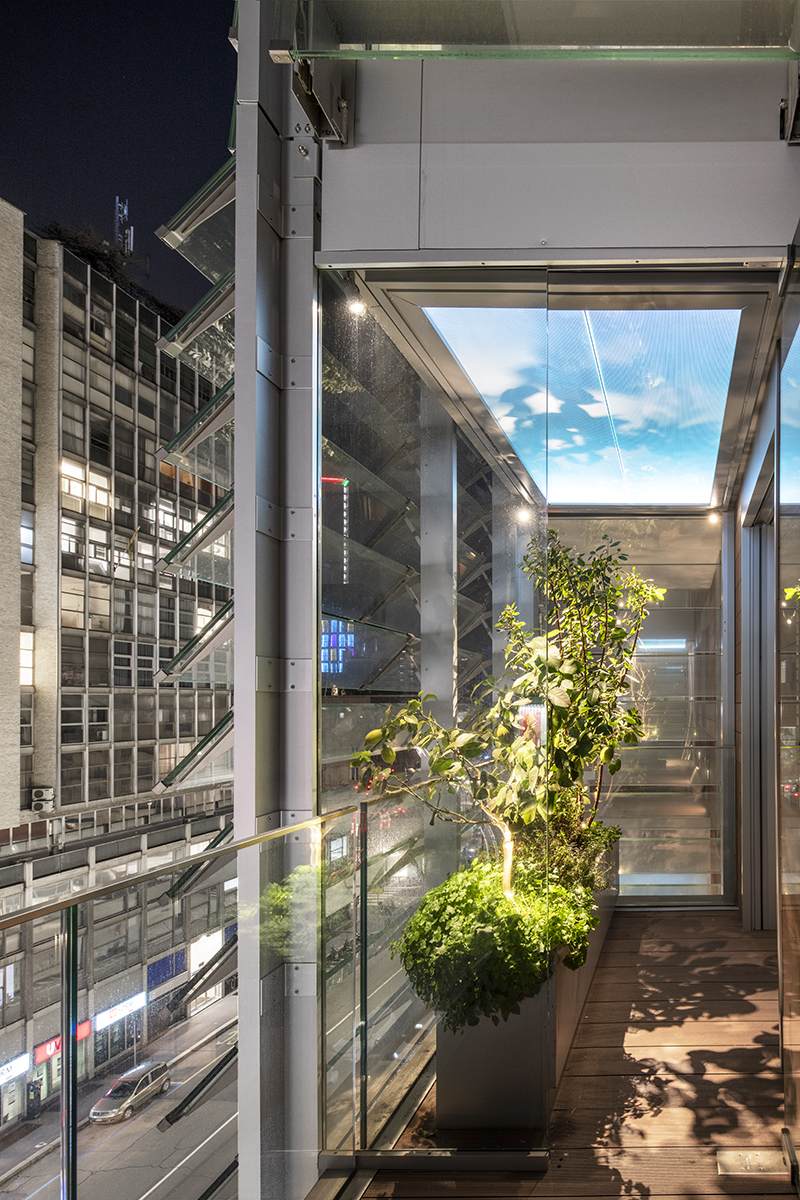 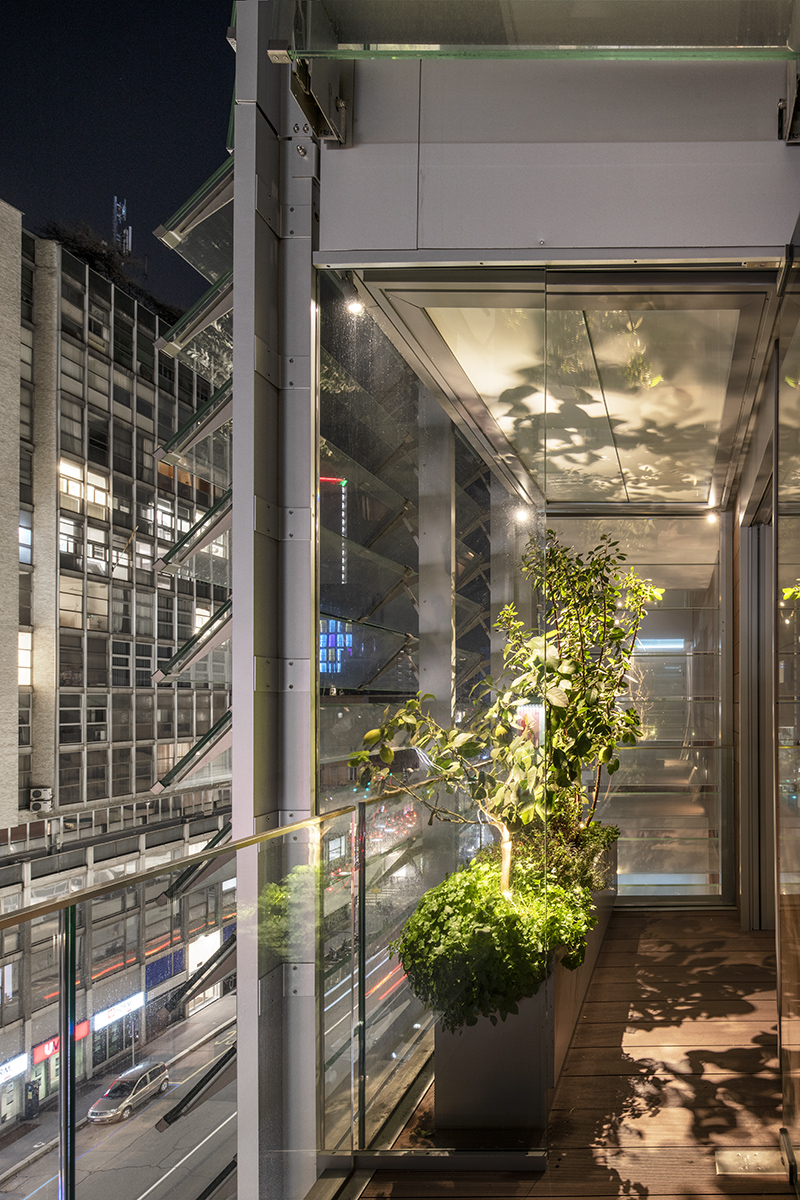