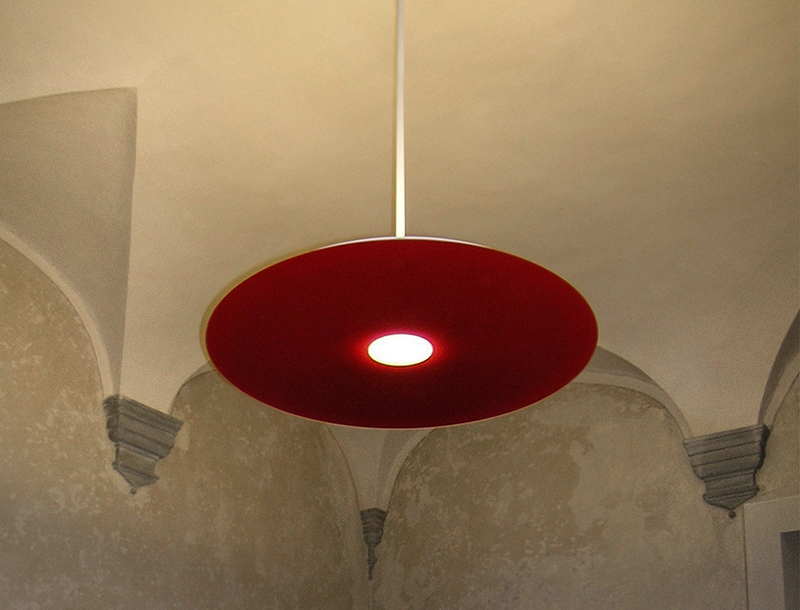 This lamp was designed as a bespoke lighting fixture during the realization of a Private Villa. Due to the featured ceilings with frescos and moldings, Metis suggested using a discrete lighting feature mounted with a tige in the centre of the ceiling providing indirect lighting towards the ceilings, along with downwards direct light.

The finishing of the lamp was thought to be more sophisticated becoming a piece of design rather than a mere lighting fixture with only technical aspect.

The lamp was mounted on a glass plate with coloured or sand blasted finishing while being transparent in correspondence with the downlight, creating a seamless effect with a refined appearance.

After the realization of the bespoke lighting fixture, Fontana Arte decided to manufacture the lamp in a wider scale making it a standard product. 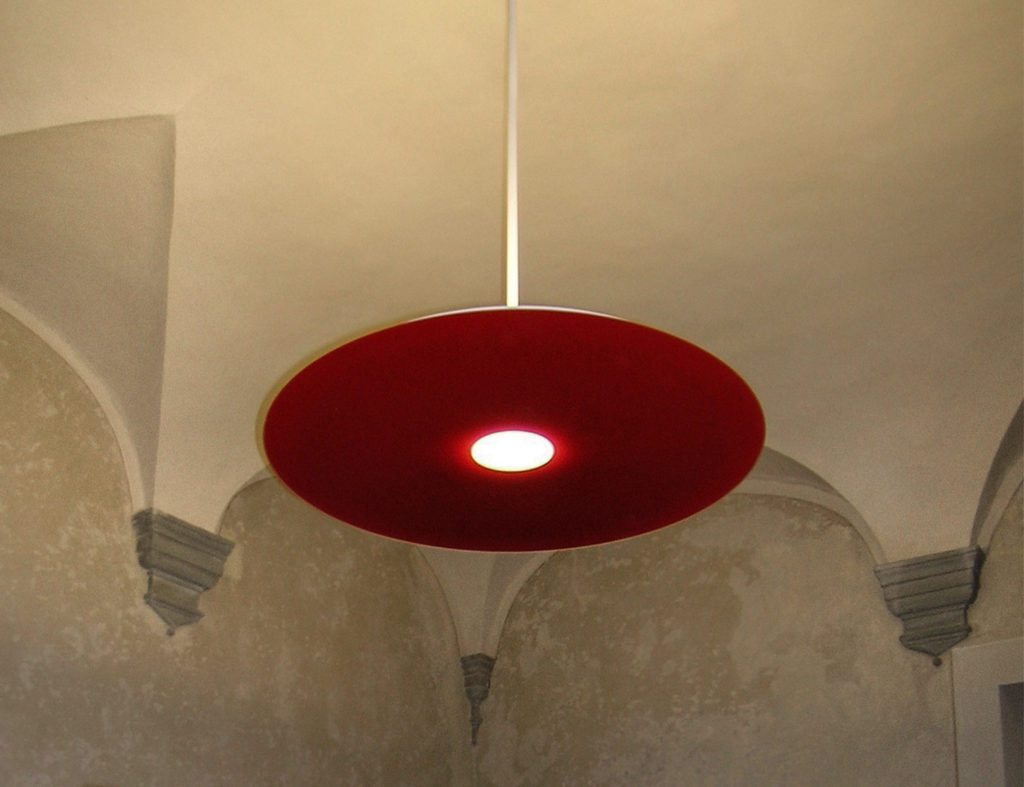 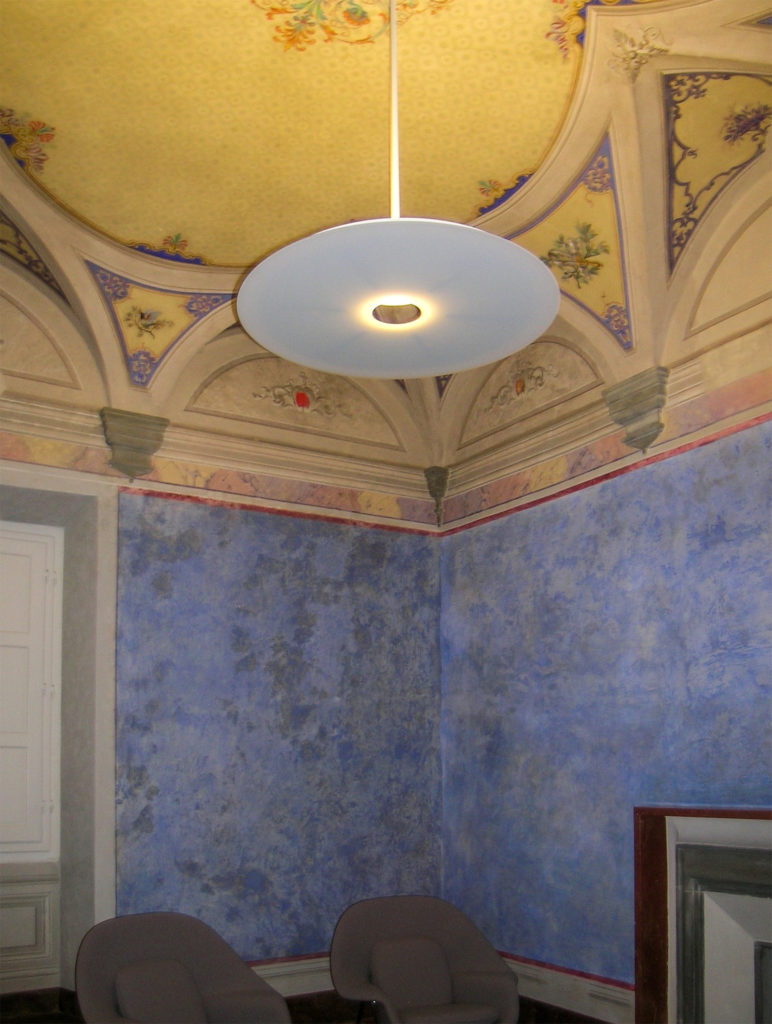