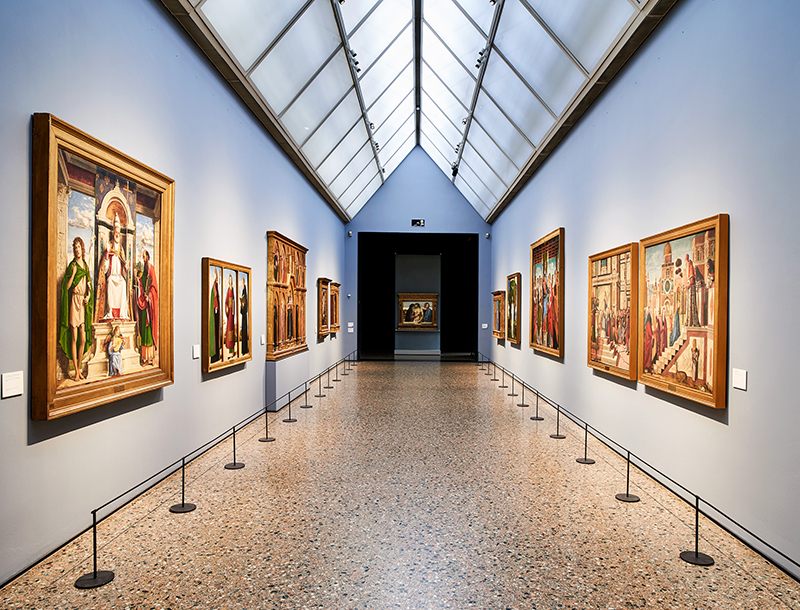 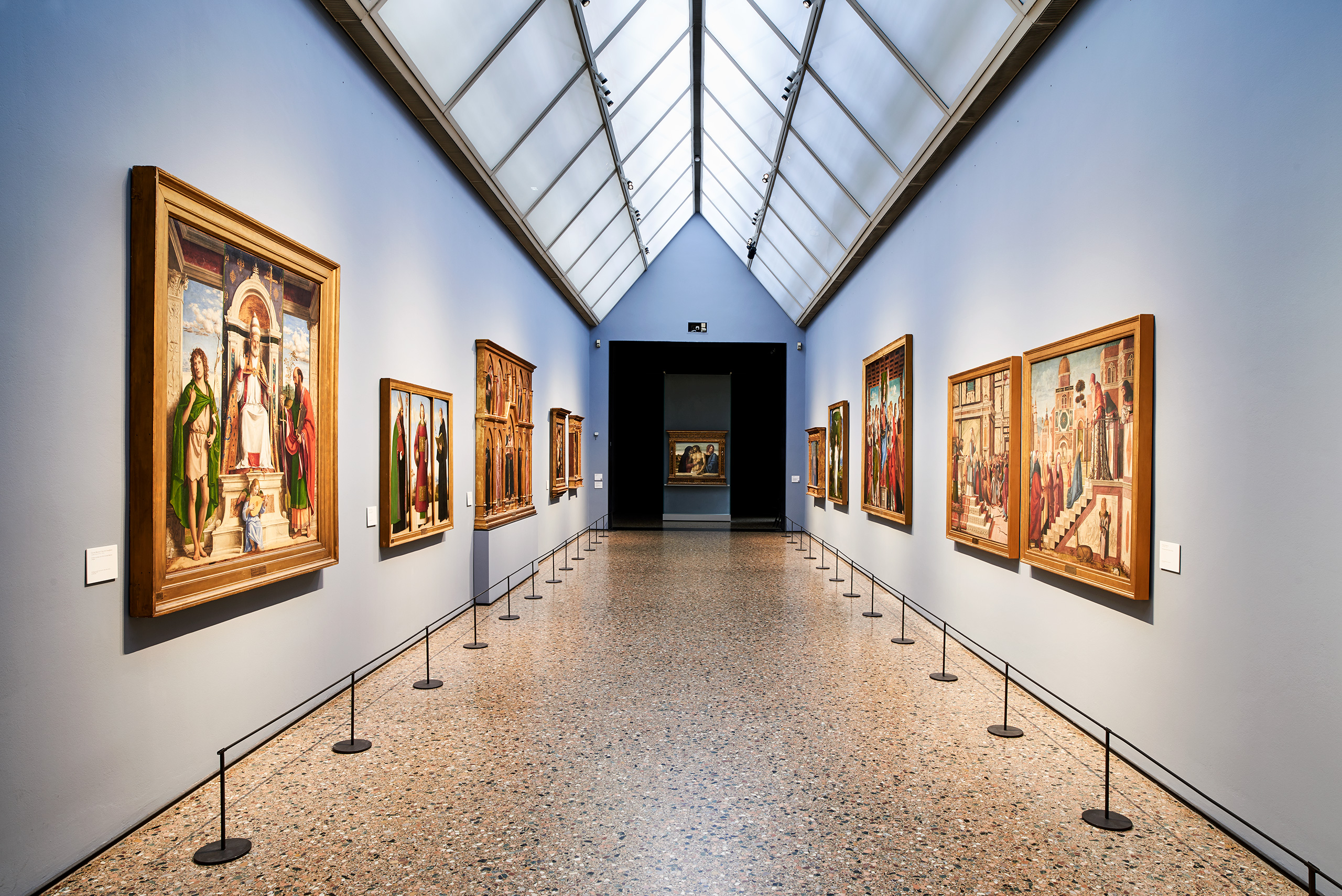 The Brera lighting project started in 2006 and Metis Lighting was involved for developing a new flexible lighting system. Working on the Pinacoteca di Brera between all this legendary artwork had been a challenge and a pleasure and gave important knowledge for the various museum lighting projects that followed.

Before developing a lighting concept, there was a meticulous analysis of every hall, documenting the existing lighting conditions.

Metis’  study included the illuminance levels provided by natural light due to the presence of several skylight and the specifications of the existing lamps, colour temperature, colour rendering and finally, the architectural elements that would permit an intervention for integrating new light fittings.

The predominant condition was to use as much as possible the existing lighting system due to the fact that the financial resources were restrained.

Also, there wasn’t the possibility to study or intervene in all halls at once, but by steps. That made substitution rather difficult, while the integration of lighting fixtures became the method to follow.

From the analysis, a general low colour rendering index was found due to the use of fluorescent linear tubes, and a general low illuminance levels on the artwork. The strategy was to reach a 200 lx value and to integrate dichroic light fittings for raising the light quality.

Pinacoteca di Brera lighting scheme first aimed at restoring the artificial diffuse light by integrating lighting fixtures either inside and behind the existing skylights where present or installing indirect light fittings inside the moldings.

Where the diffuse light was provided by wall mounted lamps, new light sources with higher performance and color rendering substituted the existing ones.

There was also an intervention regarding the electrical specifications and devices.

A new track system with adjustable lighting fixtures was also integrated in the skylights or in the perimetral frame for providing the proper illumination defined by the dimension and specifications of each painting.

Finally, the focusing of all the adjustable projectors was a demanding procedure for obtaining the optimal visual conditions for the viewer of each art piece. 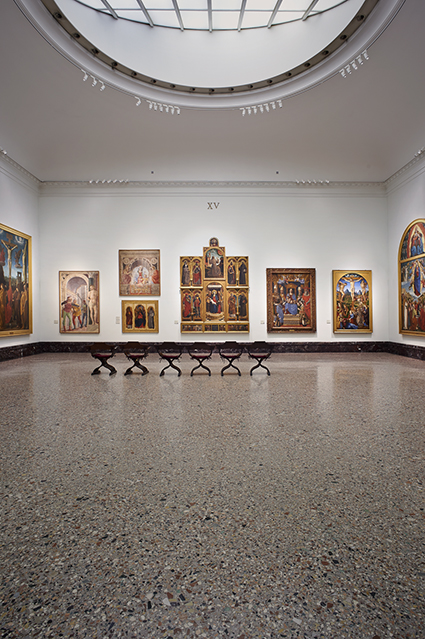 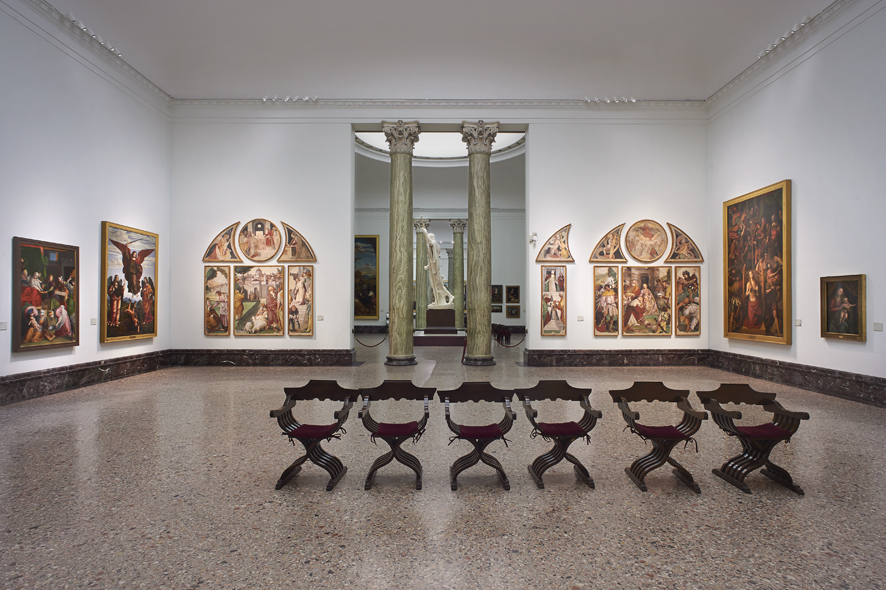 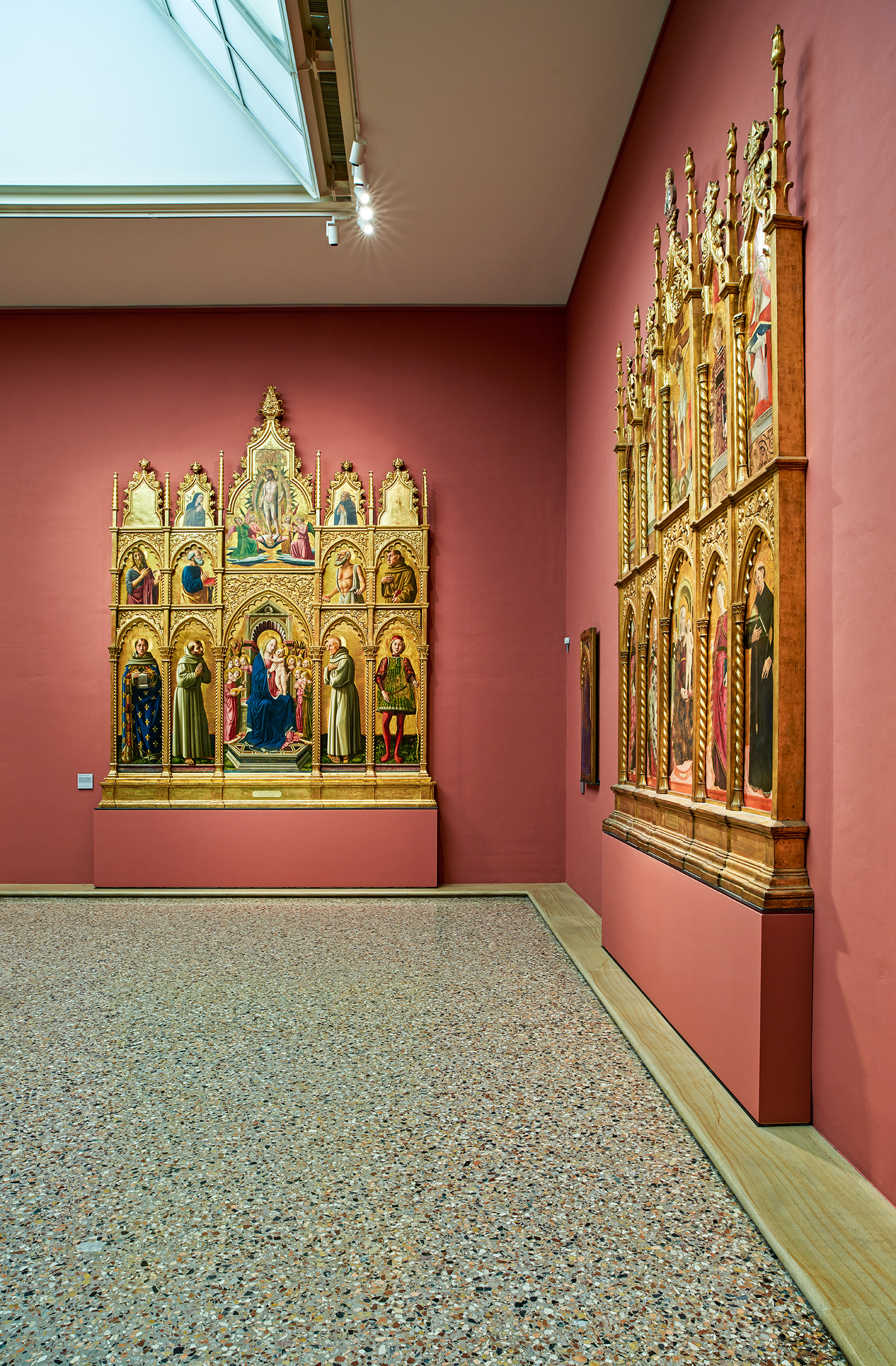 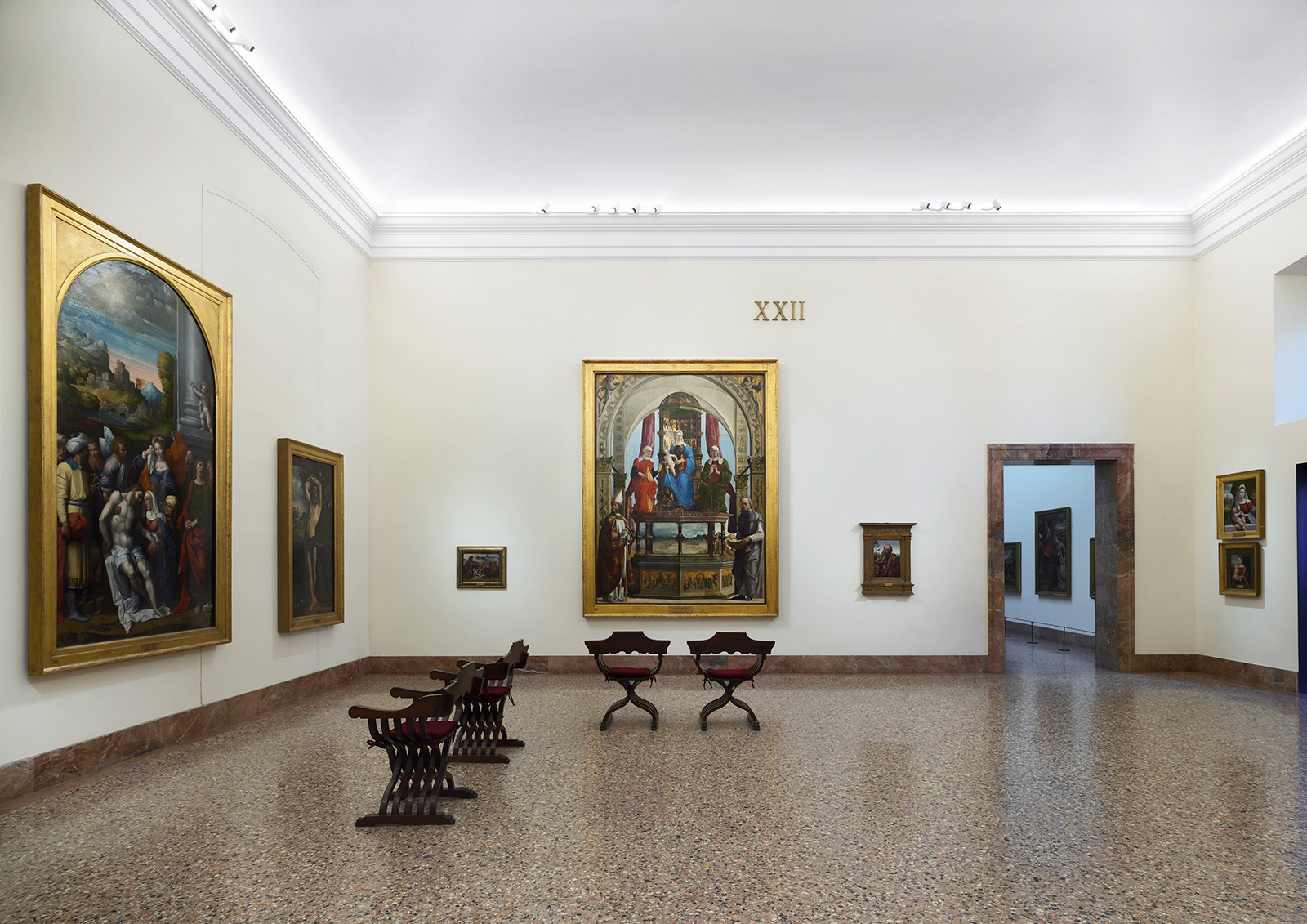 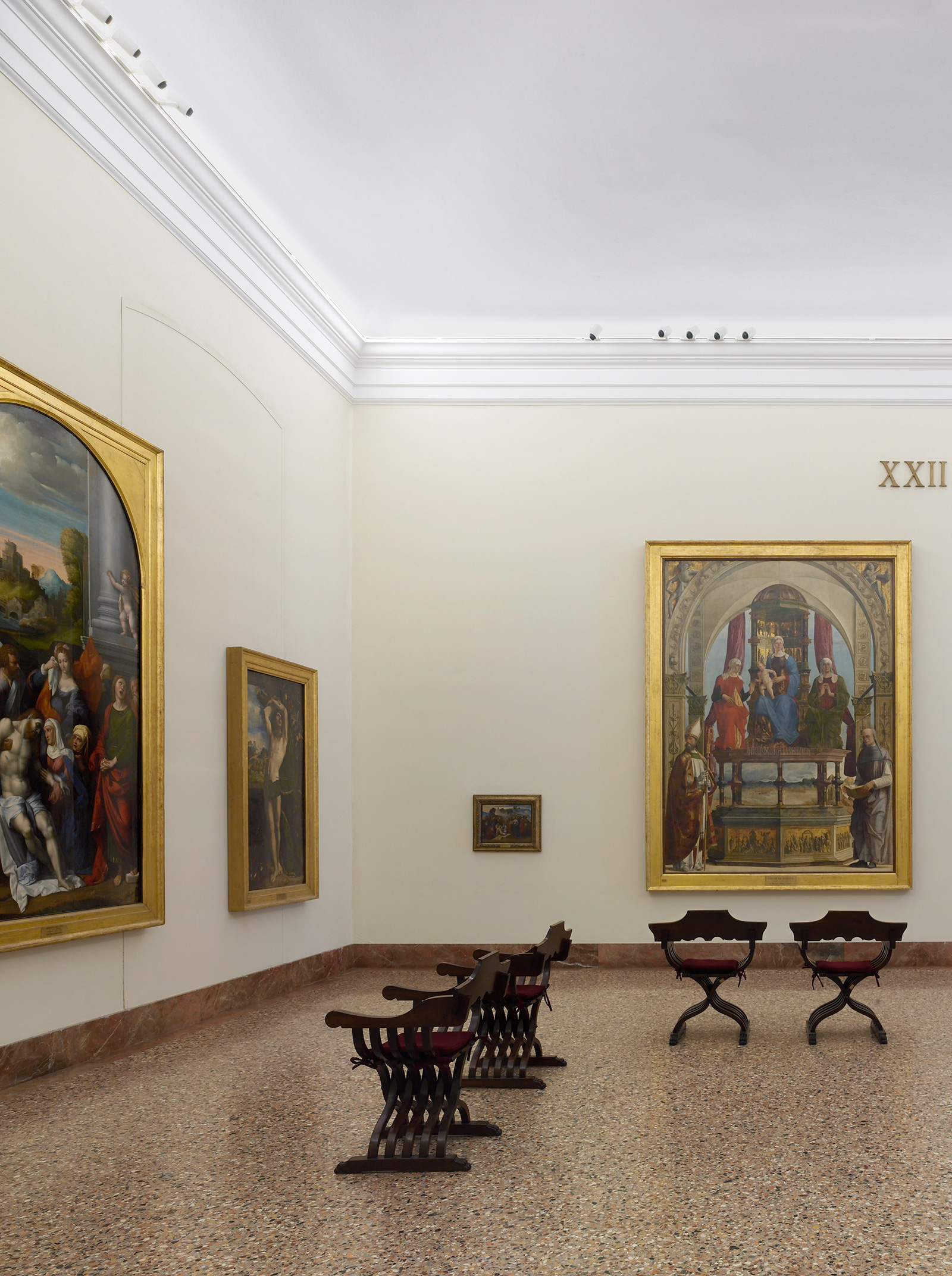 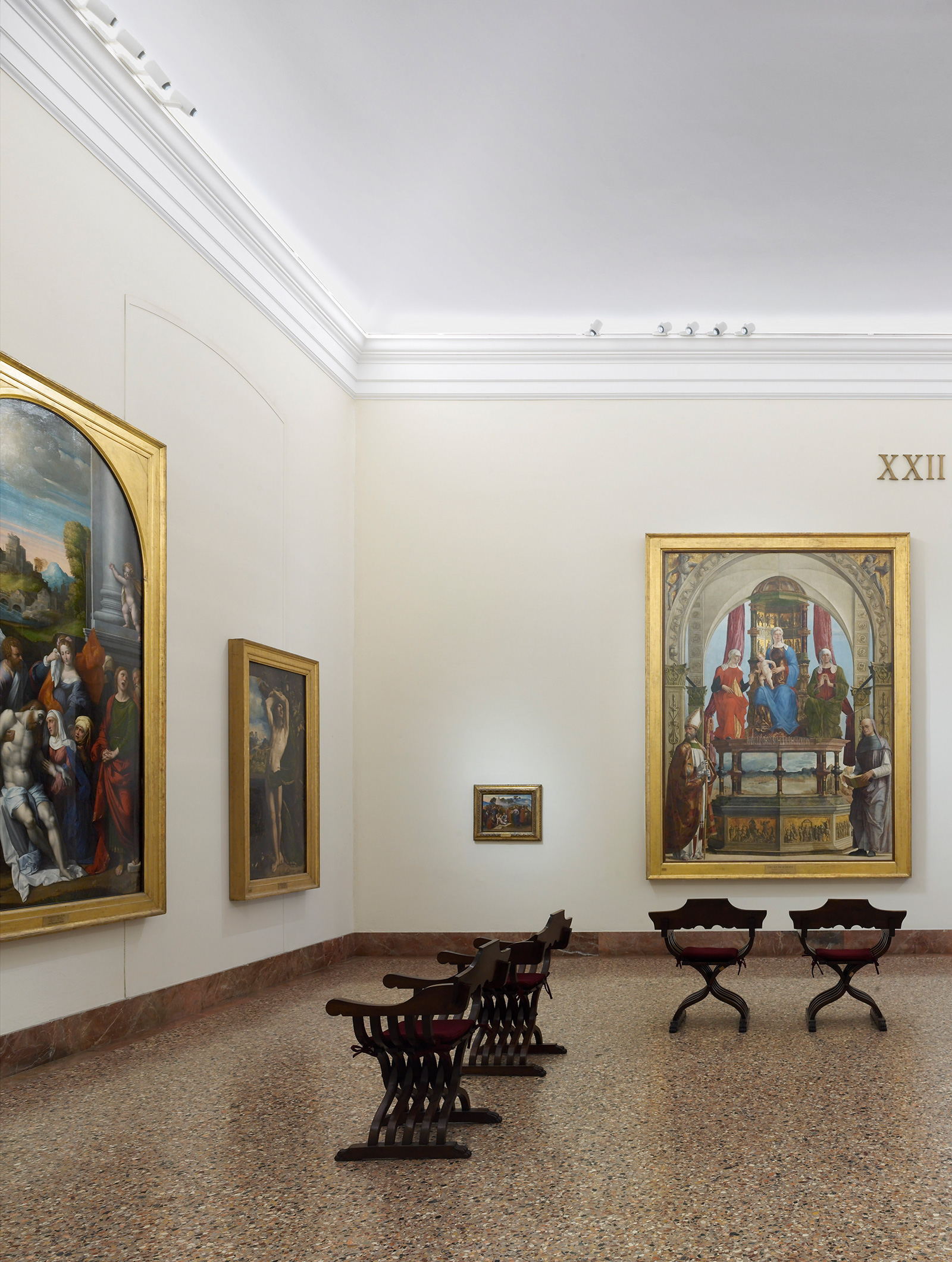 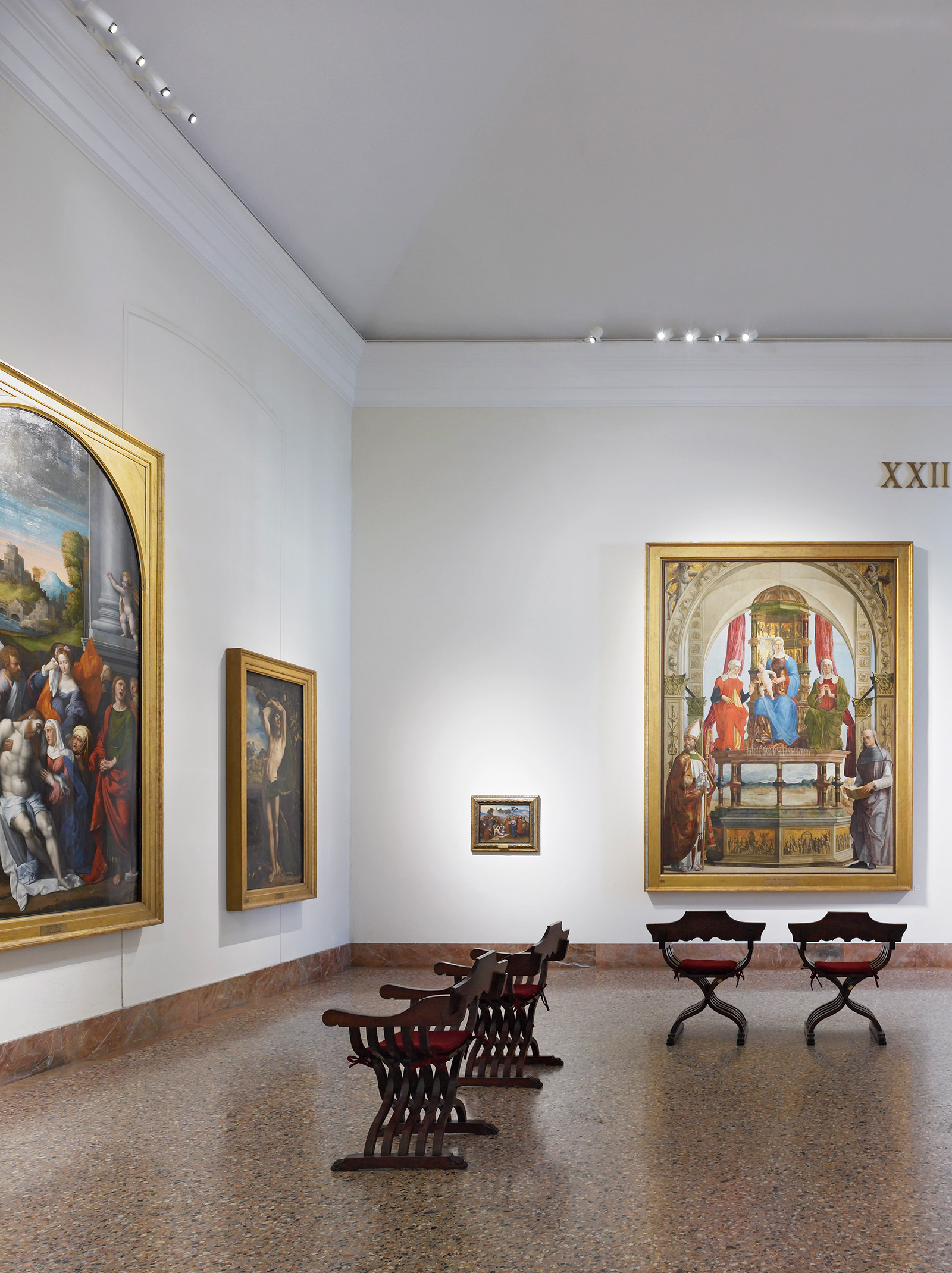 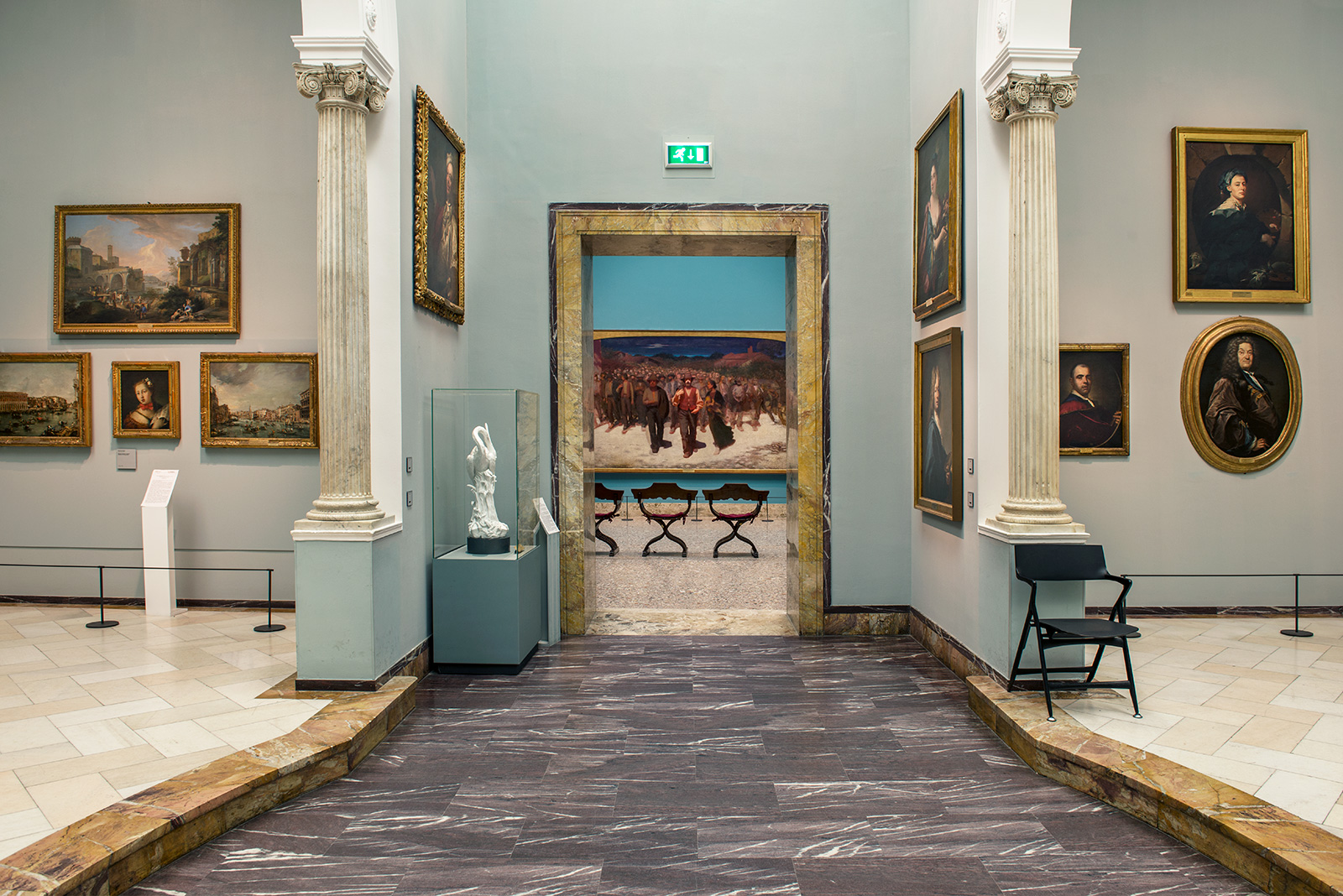 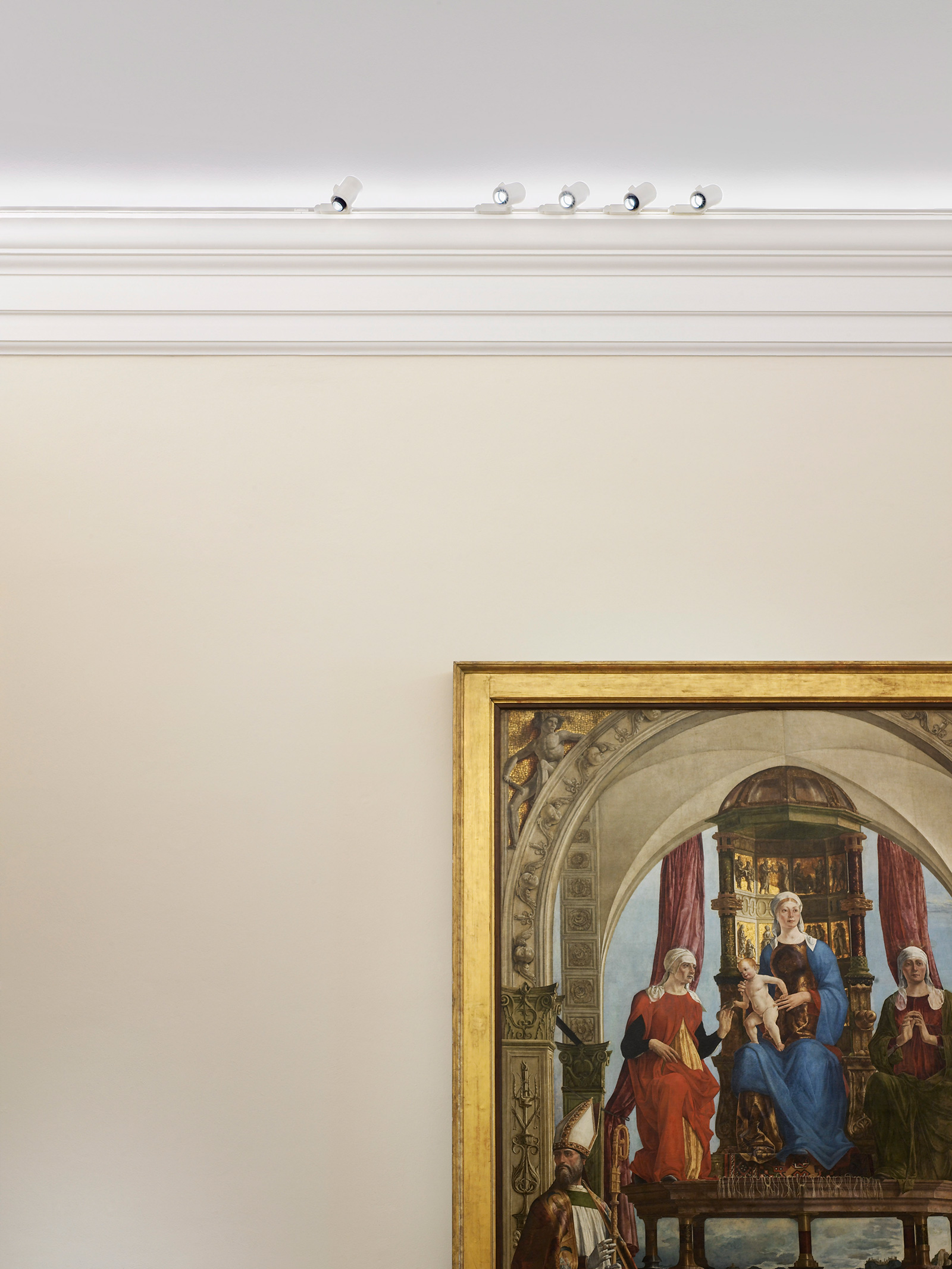 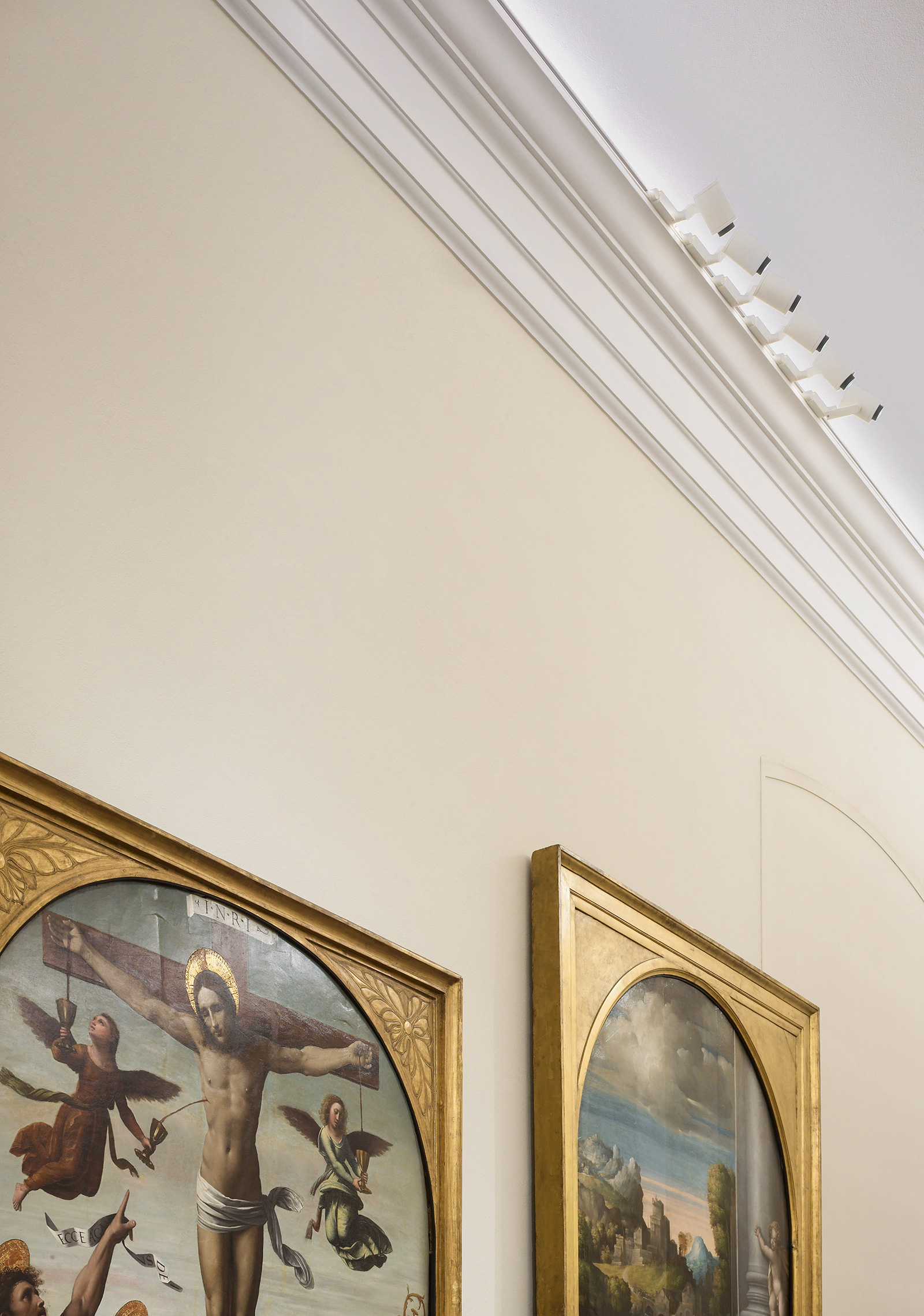 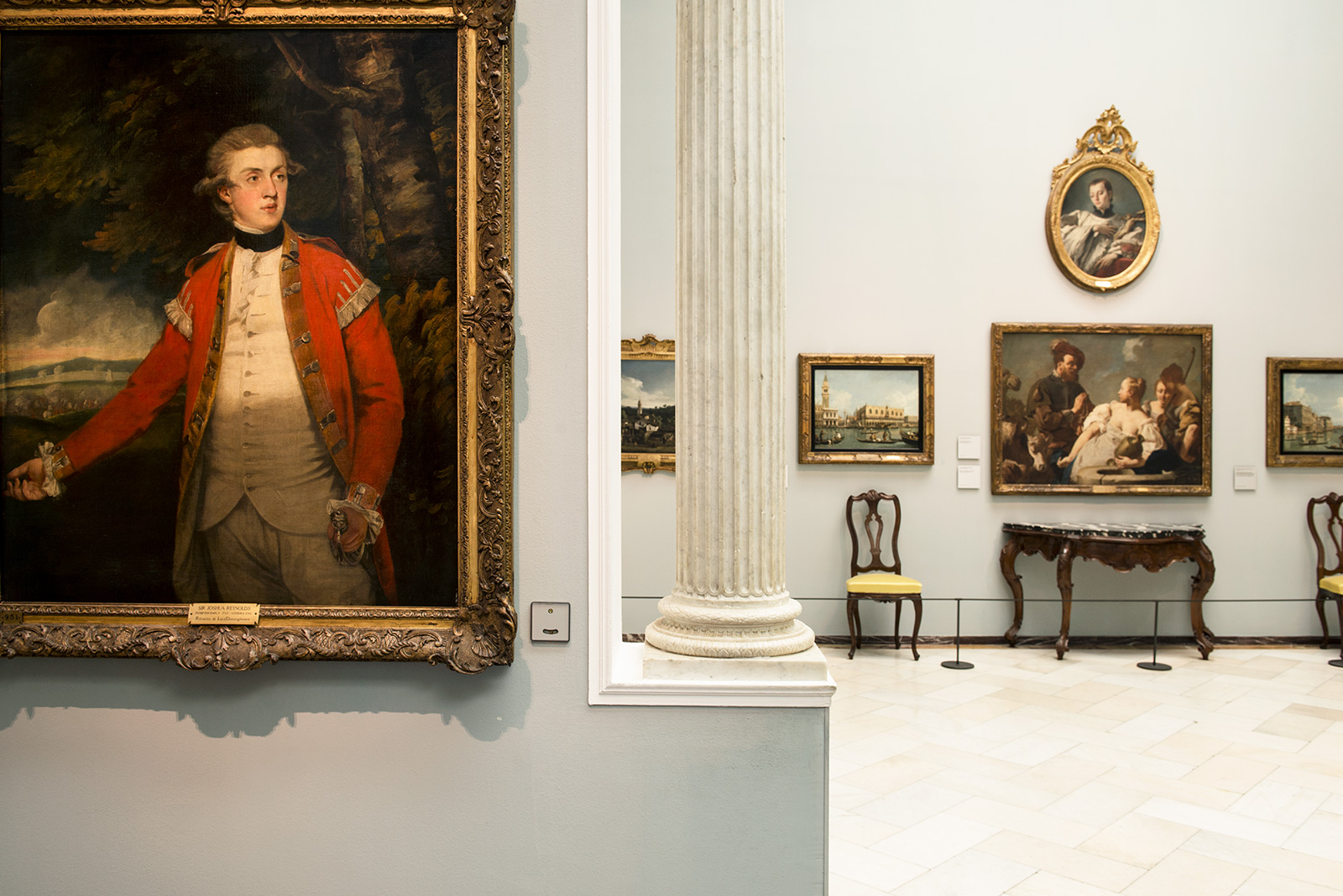