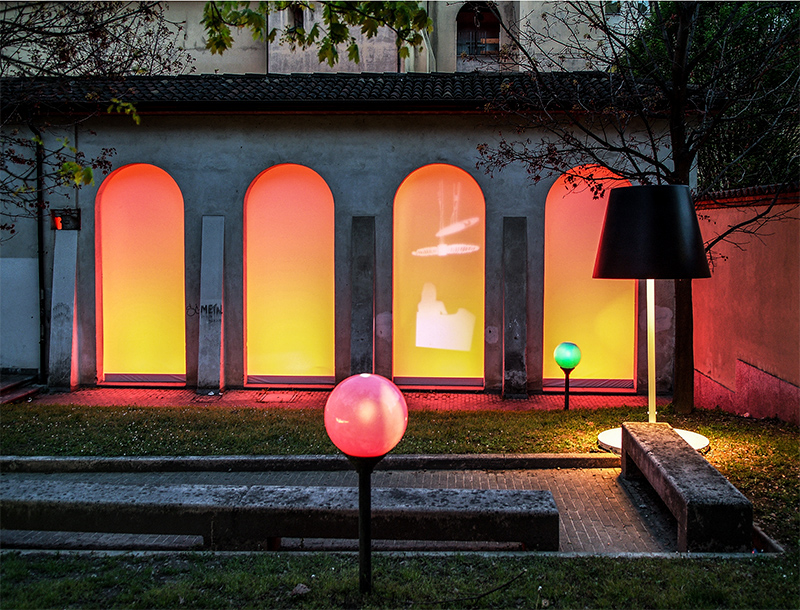 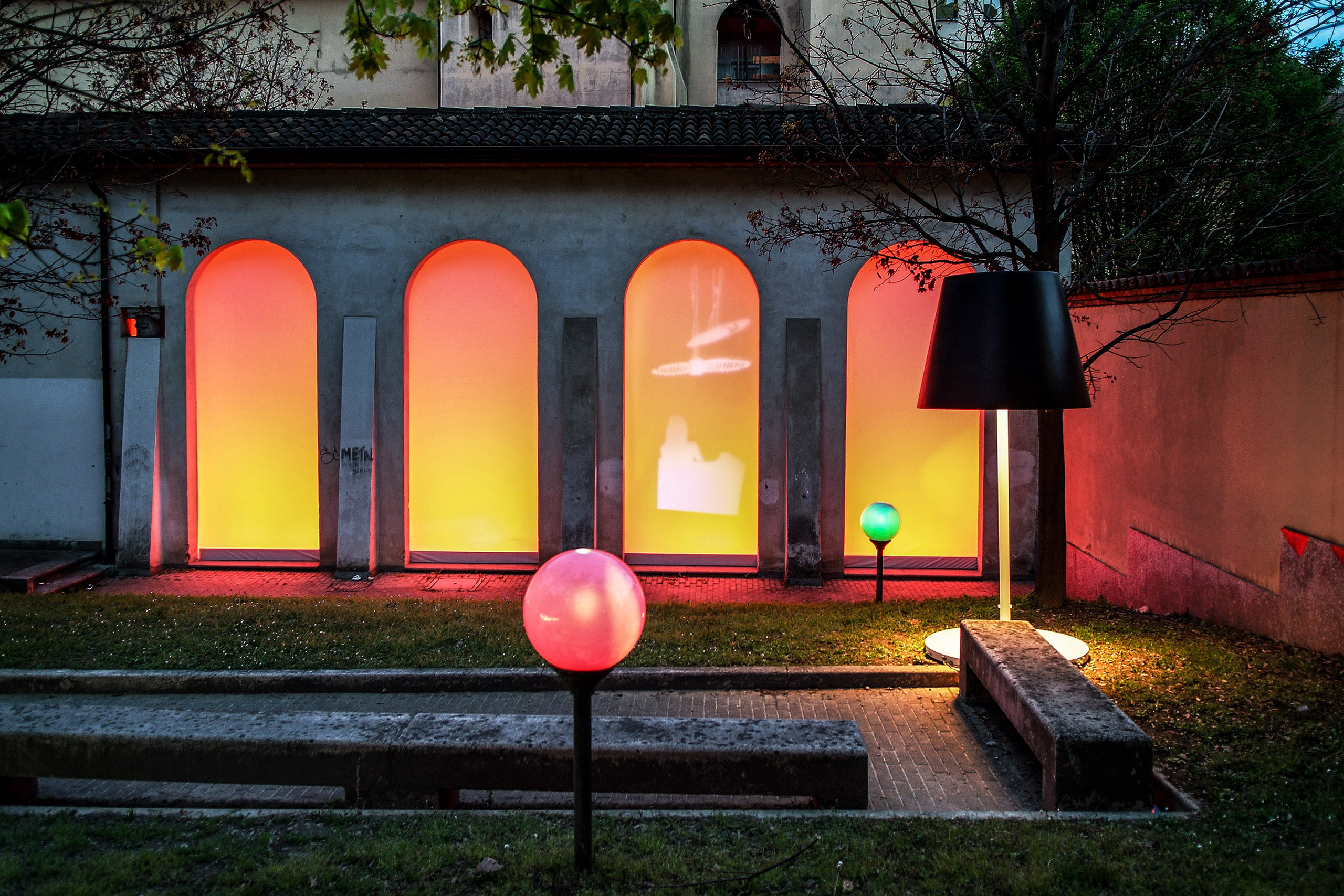 The light installation in the center of Milan became an opportunity for opening a dialogue about the urban role of lighting design and with an extensive audience, not restrained in the lighting designers’ community.

An urban space with its own identity becomes a field for launching the idea that light is atmosphere, feeling and its power goes beyond the closed walls. On the contrary, light in the urban context is utterly powerful since its abilities can be observed and enjoyed by a larger amount of users.

Metis Lighting in collaboration with artists and manufacturers of the light industry decide to create a light installation in the center of Milan in order to deliver the power of light to transform a space and its atmosphere.

The event made part of the various artistic installations being launched every year during the week of the International Fairs Salone del Mobile and more specifically for the Euroluce taking place every two years.

In the Brera district at the Grassi Square, lies the space for the installation, an enclosed garden with unique elements.

In this small green area there are also some remaining parts of a Roman cloister, and a few urban furniture items, while the dedicated lighting fixtures, were pretty invasive, glary and didn’t offer the adequate light.

Metis had the idea to transform this existing space with its non-defined use, into an ‘’interior’’-like area, through the introduction of evocative elements all made of light. This notion would promote the user to stop, rest and enjoy the space being itself more welcoming and intimate.

Two large scale carpets were positioned on the green areas and two floor lamps put on the paved passages. The cloister served as a theatre stage background illuminated internally, while the existing outdoor lamps were covered with colored filters resembling flowers.

A large white cover made of polyester padding sheets sewn together was put over the lighting compositions giving out the texture of the fabric and diffusing the light without excessively obstructing the brightness. At the same time, this material served as a water protection, it wasn’t toxic and inflammable.

The 2.4 m height floor lamps were intentionally built according the archetype of the domestic abat-jour and the black finishing of the lampshade contributed in delivering the type of the lamp but enhancing the adjacent colorful light emanated from the carpets.

The cloister becomes a luminous box and its openings are covered with a sheet for holding projections of human figures in relaxing moments next to decorative domestic lamps archetypes. For obtaining the necessary projection distance, multiple mirrors mounted were installed at 45°.

Overall, the whole installation was not accessible to the public for safety reasons. Nevertheless, the impressions were enthusiastic, another element that confirms the stance that lighting is a very powerful medium also in an urban scale.

People crave that the city shifts versus a more friendly scale and atmosphere, and light can play a major role versus this vision. 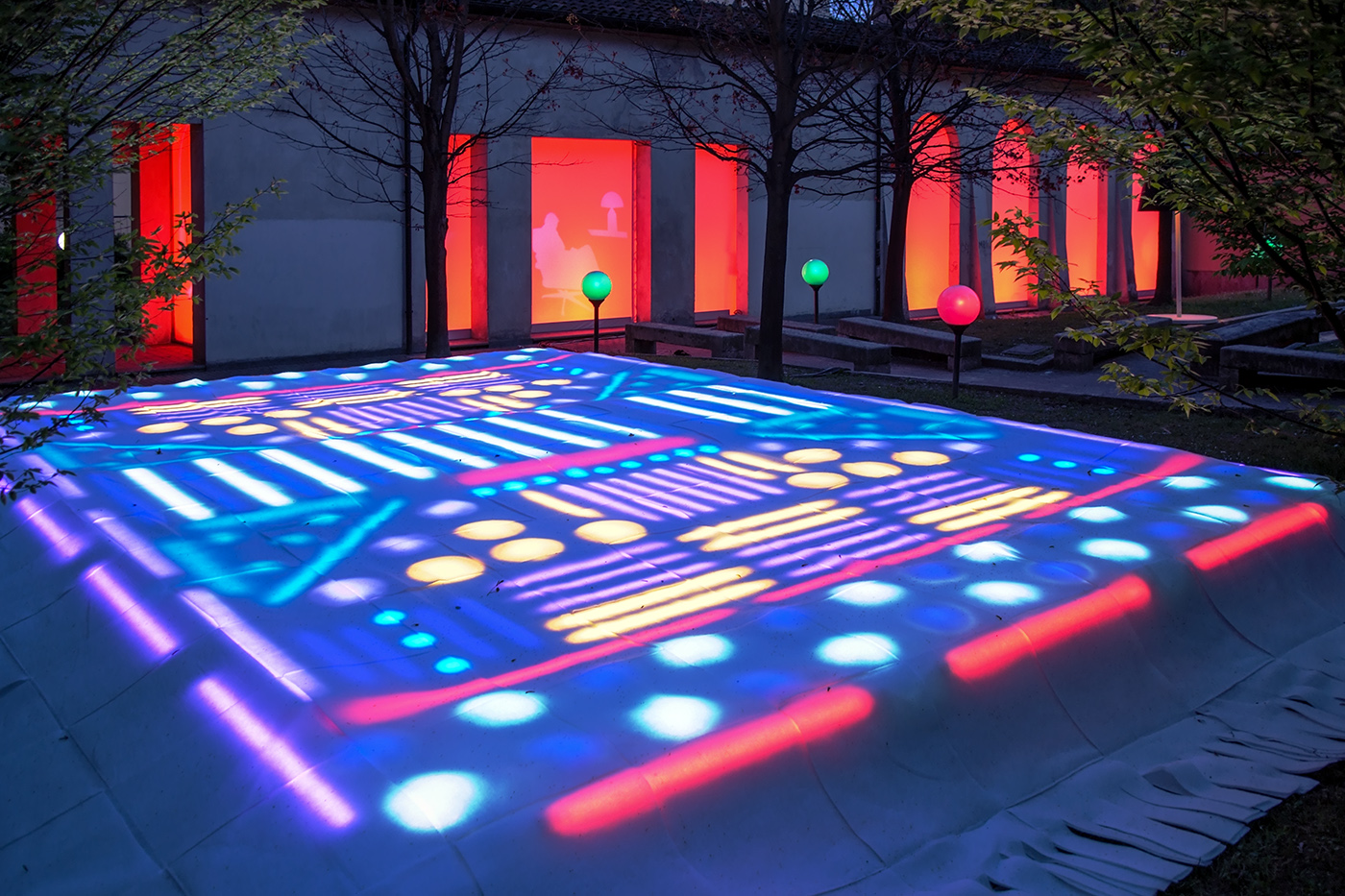 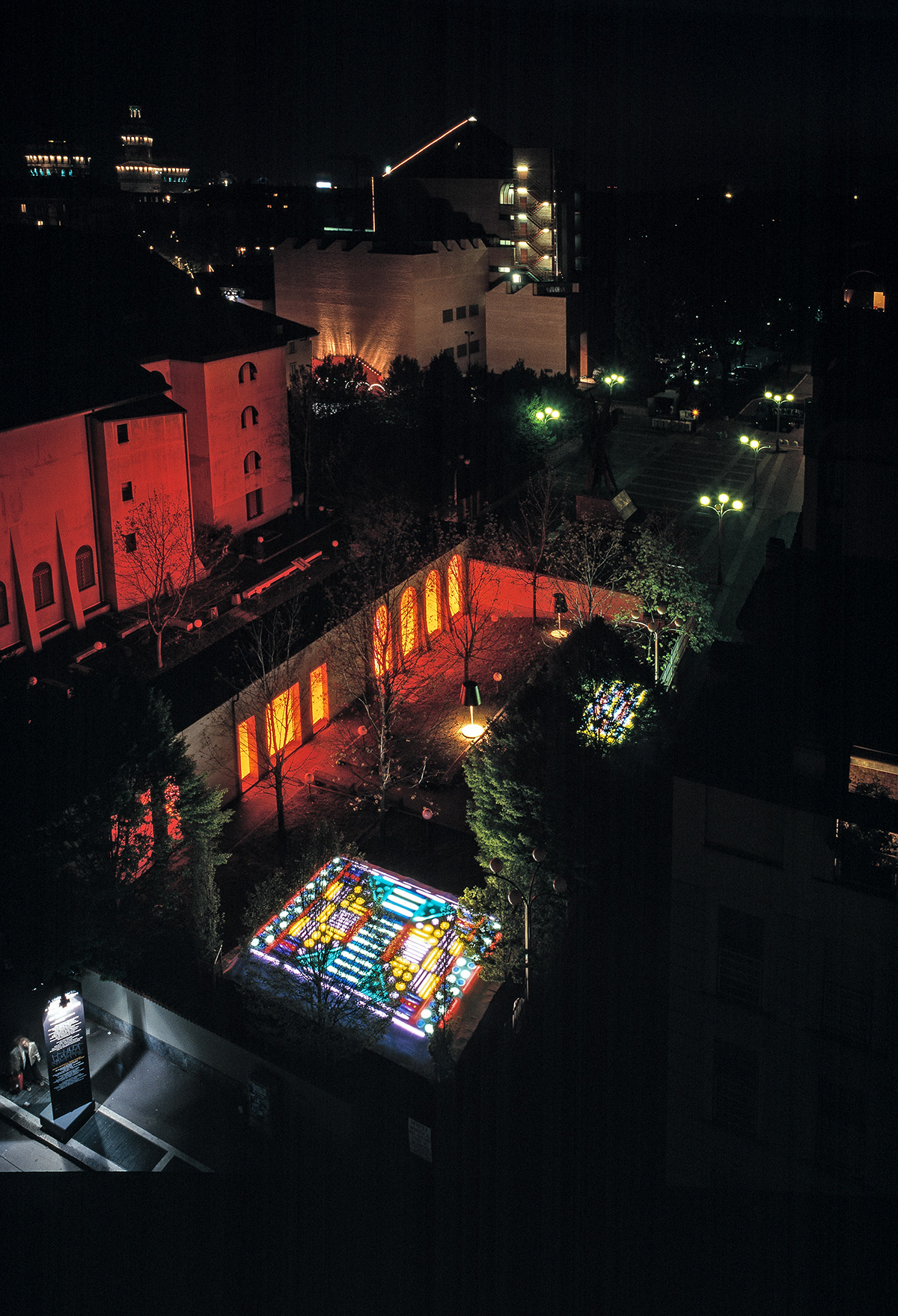 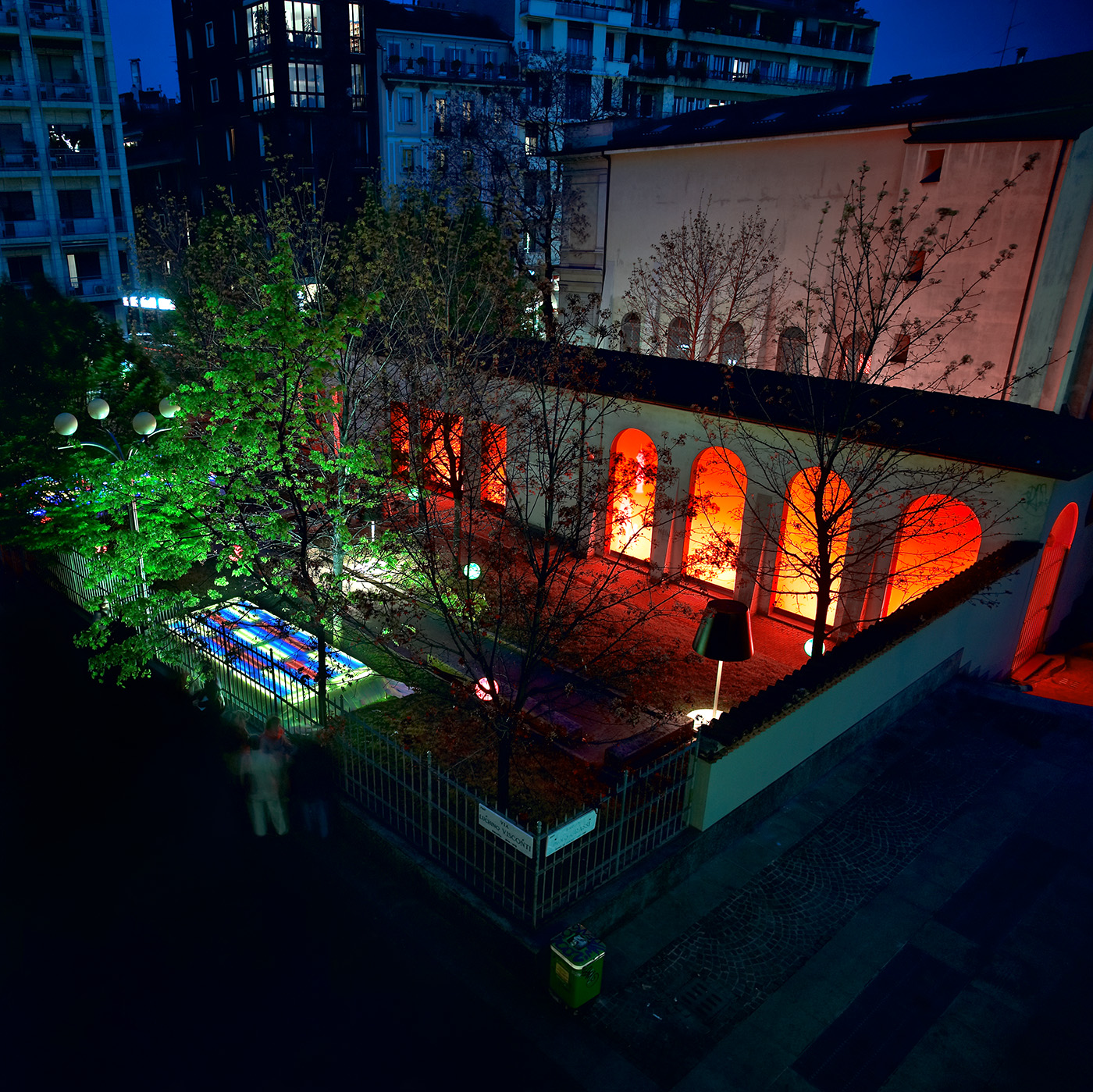 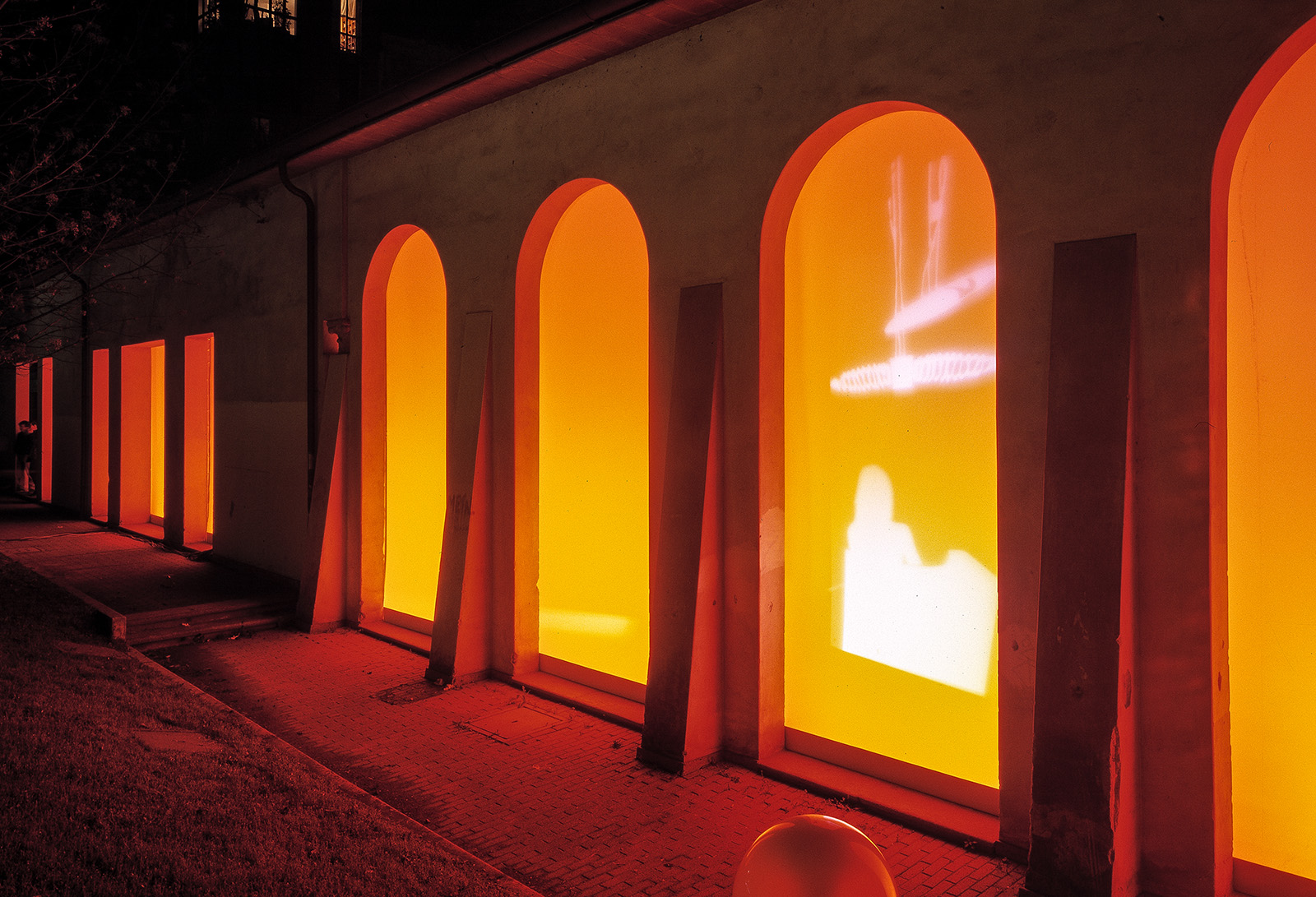 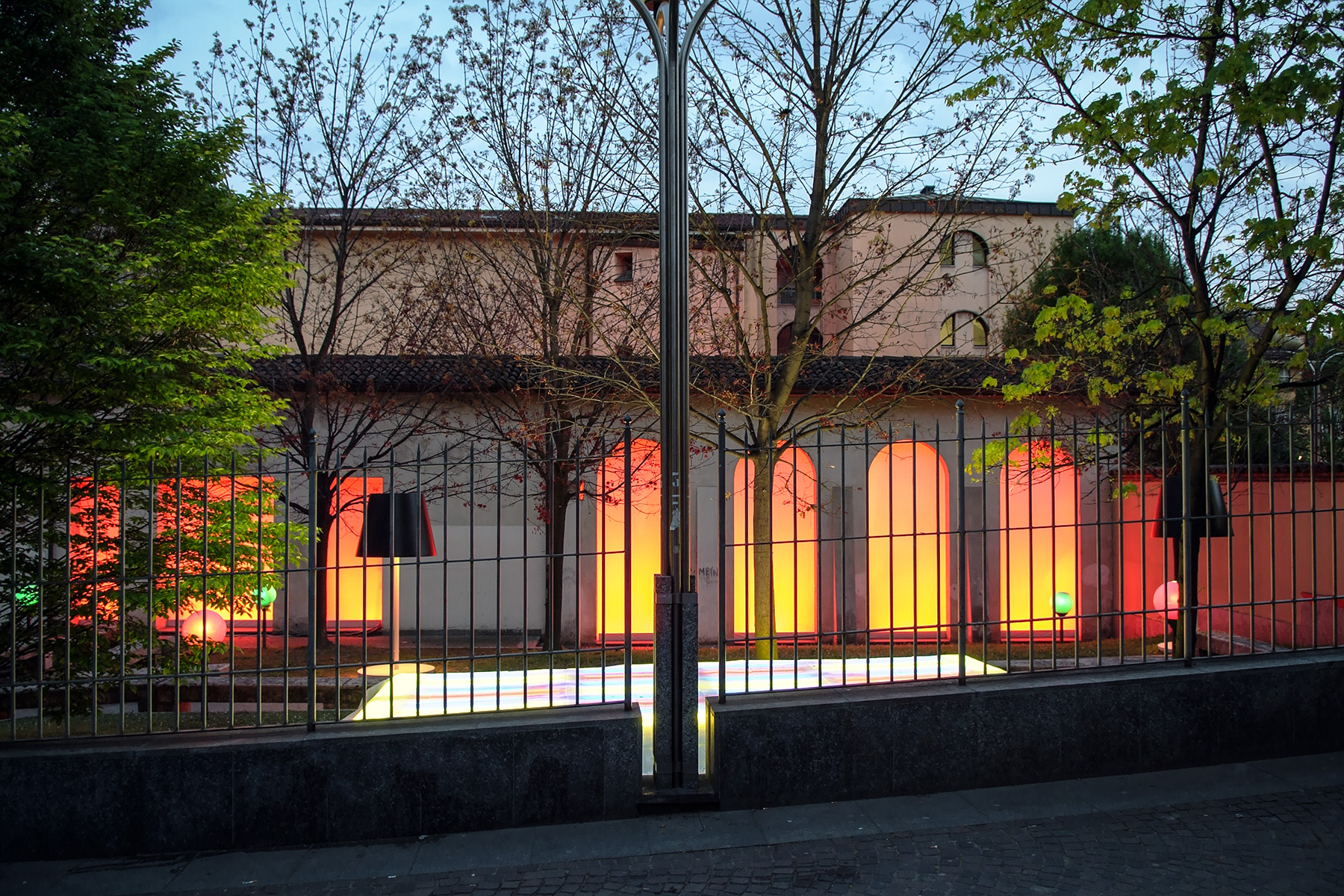 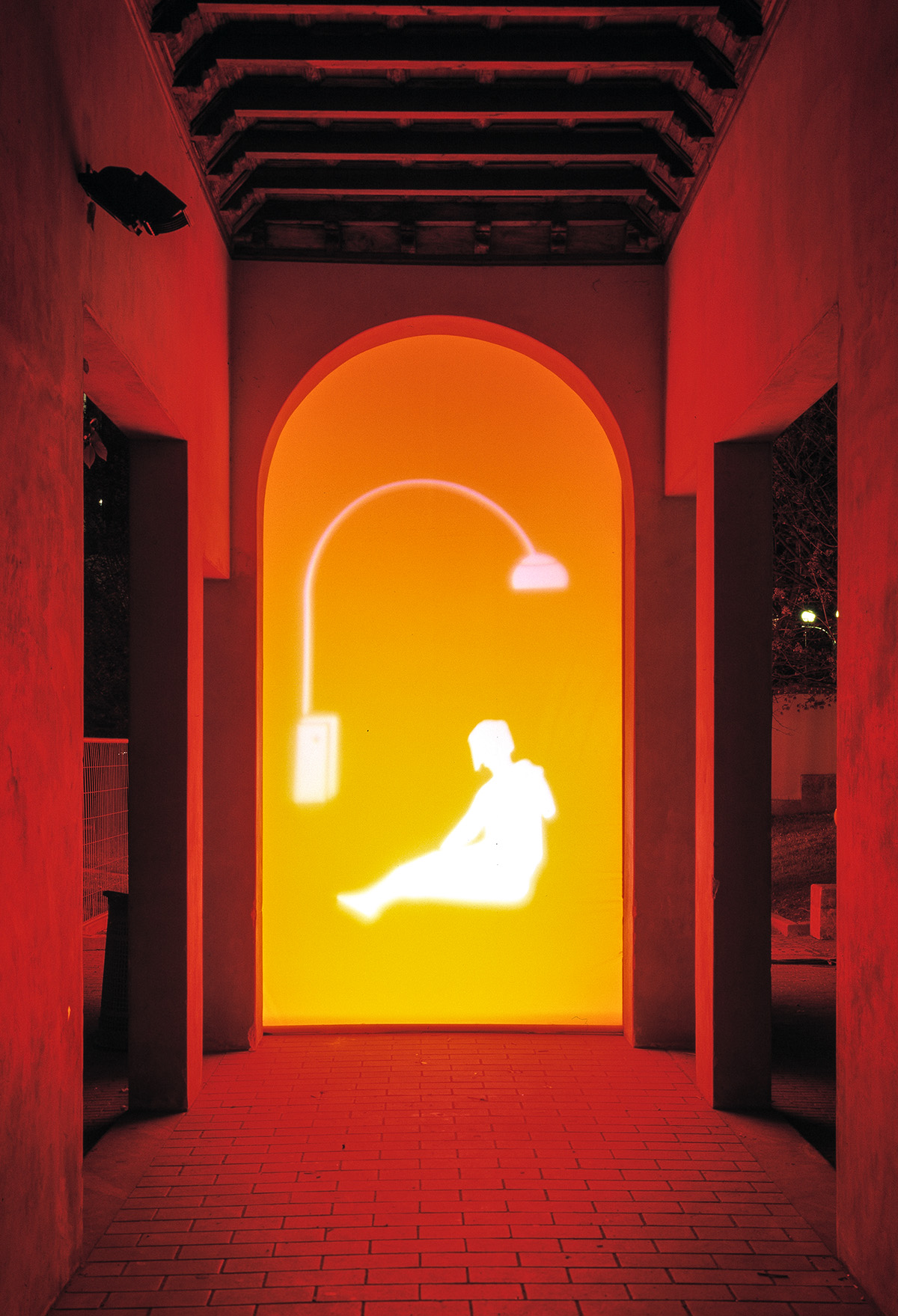 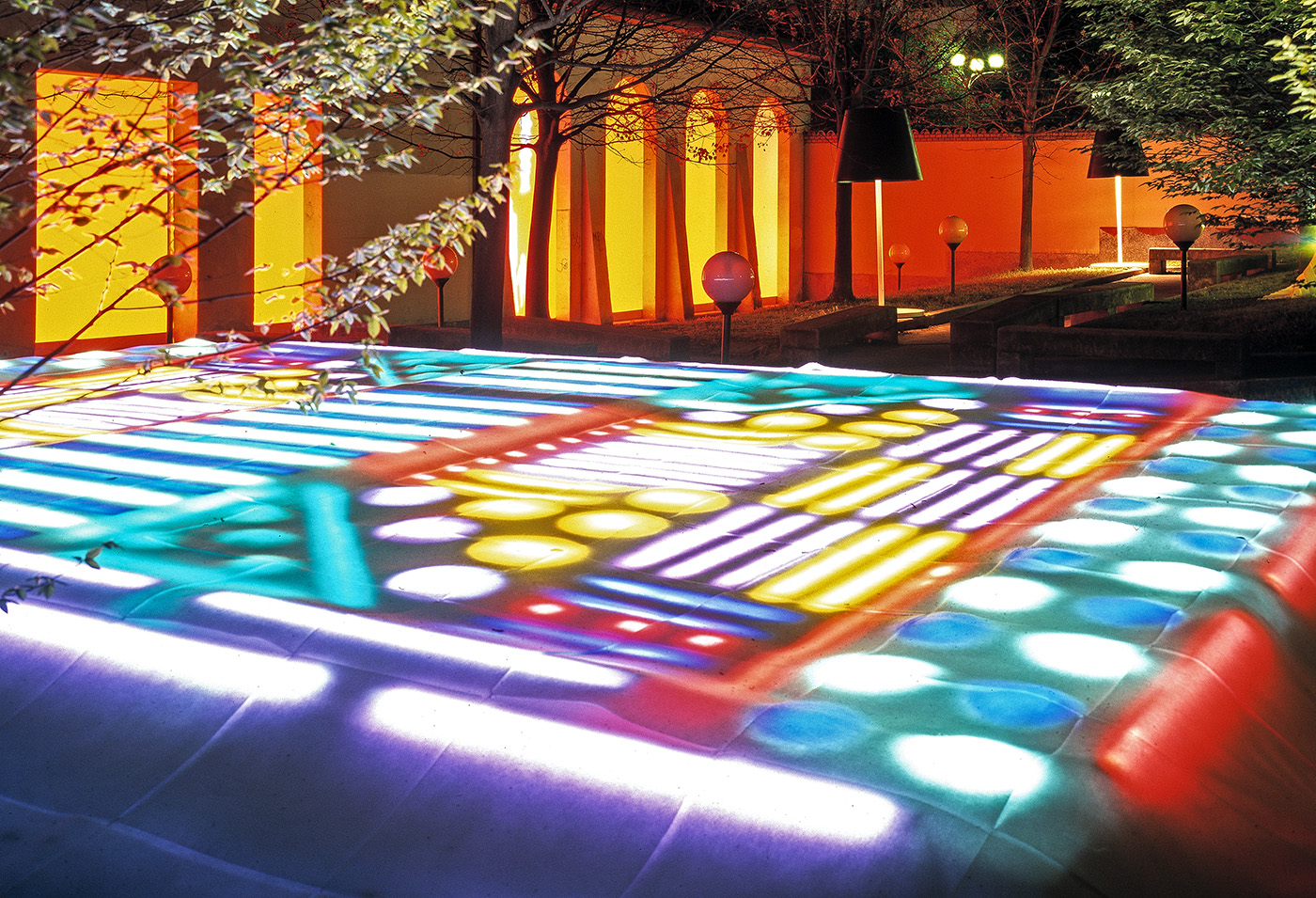